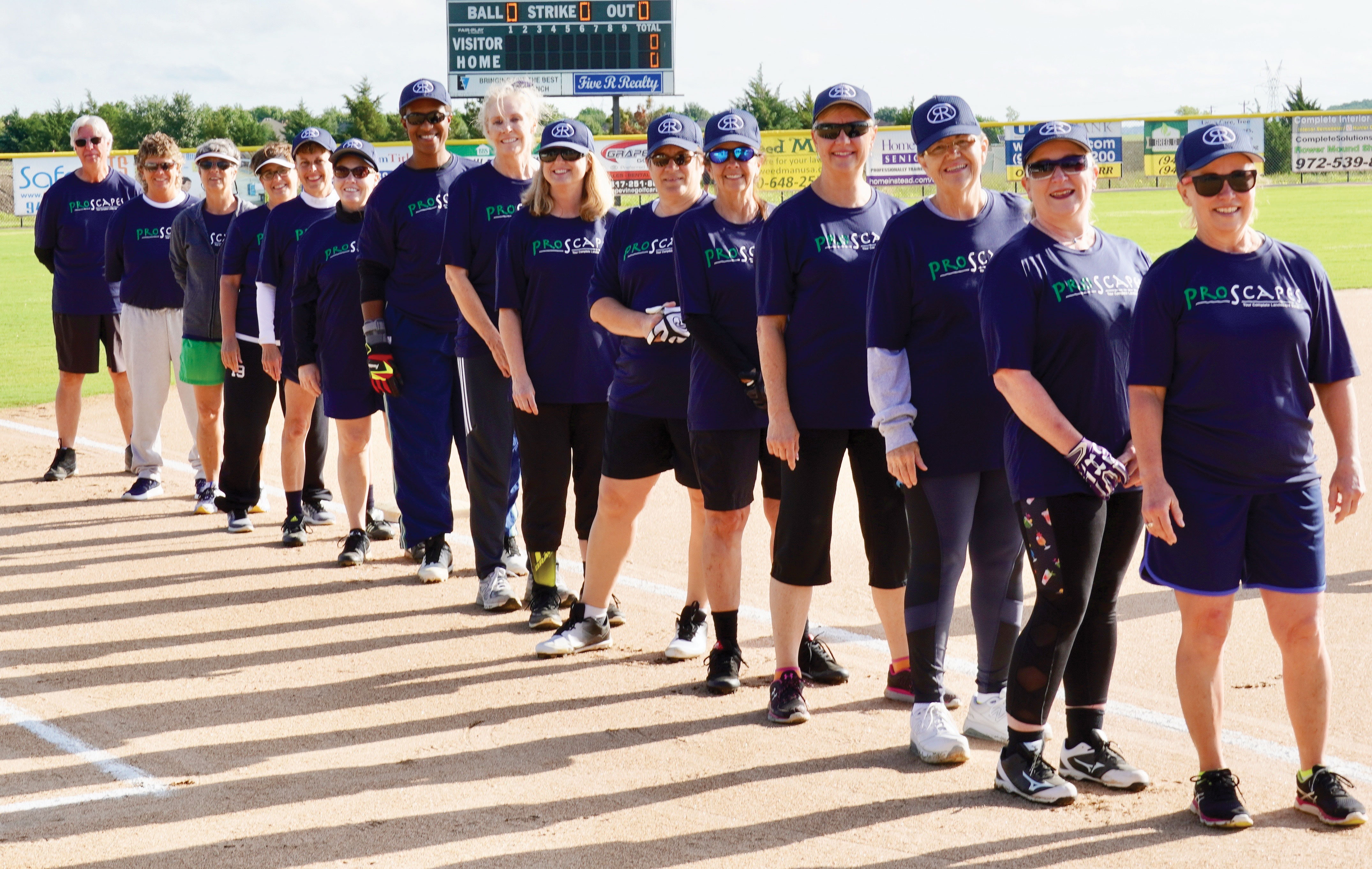 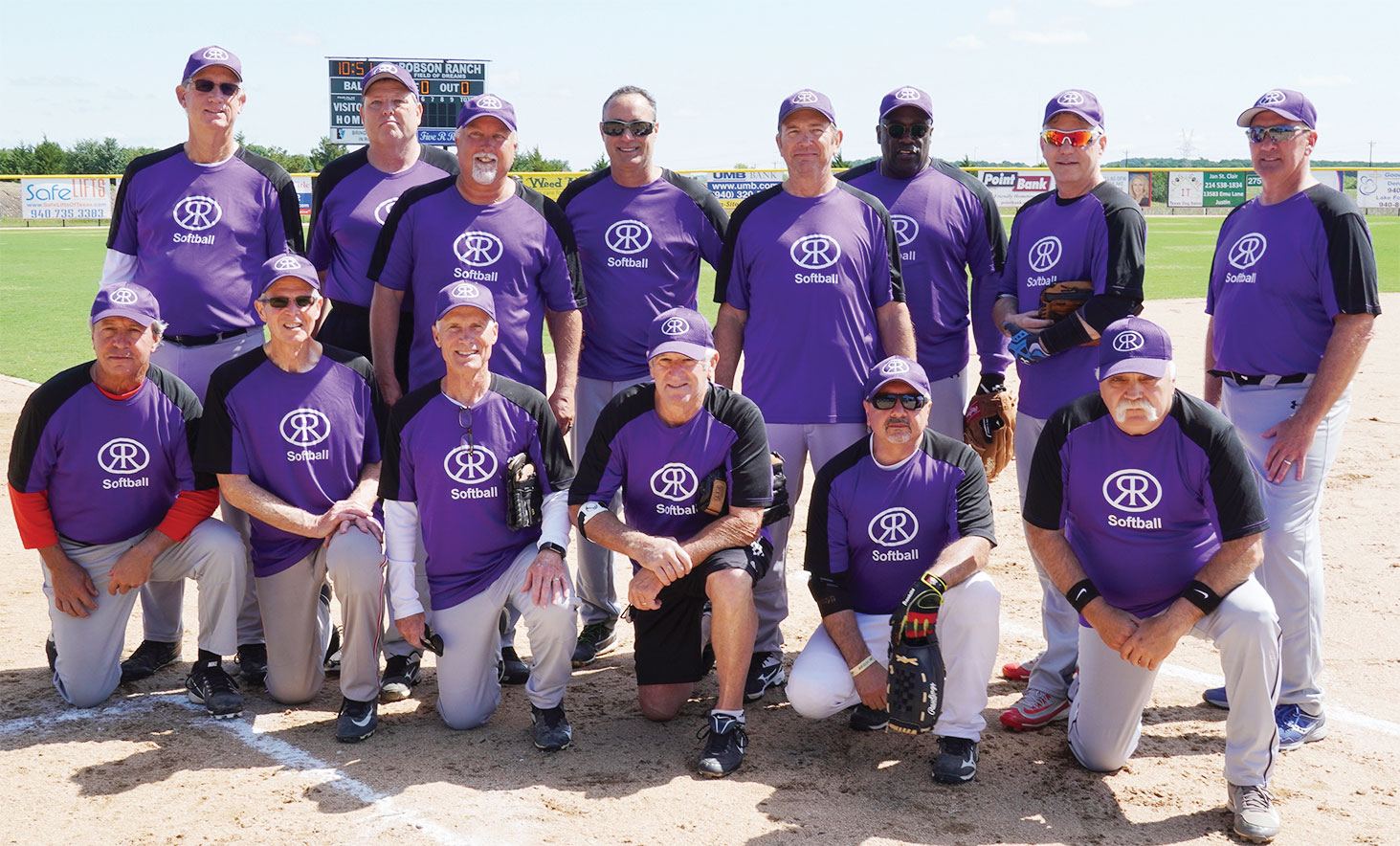 Saturday, May 4 at the Field of Dreams, was the day we had all been waiting for. Robson Ranch vs. UNT, our men and women against the male and female athletes of UNT, one of the most anticipated games of the season here at the Ranch. It was an awesome day for all.

‘The Voice of UNT Sports, Hank Dickenson, served as master of ceremonies and announcer for both games. Kelley Donaldson, sponsor of RR women’s Proscapes team, threw out the first pitch of the women’s game and UNT Senior Associate AD John Nitardy threw the first pitch of the men’s game. As the National Anthem was finishing, RR softballer, Joel Jeppson and his son, Alex, provided an inspiring flyover.

The women’s game produced much excitement as it was a back and forth battle from the start. UNT scored three runs in the first inning and two more in the fourth. But Proscapes-RR kept battling and trailed 5-3 after three.

Proscapes caught fire in the fourth scoring four runs on hits by Carolyn Huggins, Tiffany Ramzy, Lisa McGlaston and Amy Perry to go up 7-5. Unfortunately, that lead evaporated as UNT scored five runs in the fifth, four in the sixth, and two in the seventh. Robson Ranch added another run off singles by Rebecca Cole and Sue Borsellino in the fifth but were shut down the rest of the way. Proscapes-RR put up a good fight, but in the end, youth and speed simply outlasted the experience of our Robson Ranch ladies, 16-8.

Next up was our men, a seasoned, mature, experienced team versus a young, very athletic group of men who play football for UNT. The fans saw plenty of athleticism which bodes well for UNT football this fall.

UNT was simply too much for our Ranchers, scoring 22 runs, with athletes from the local DFW area driving in 13 of UNT’s runs.

Our Robson Ranchers played well with valiant effort but couldn’t keep up with the talented, respectful young men of UNT, falling 22-6.

OF Sammy Cessna was two for three, not losing a step in his several years at the Ranch.

OF Ron Schwertner, whose hard work has made the Field of Dreams one of the best ballfields in the state, was one for two.

RF Dave Riddle was perfect at the plate, two for two.

Carl Caruso and David McKie, both graduates of UNT, were one for two.

It was an incredibly wonderful day of softball for everyone involved as youth and experience came together around a shared love of sport and competition to make special memories and continue to grow the relationship between Robson Ranch and UNT.