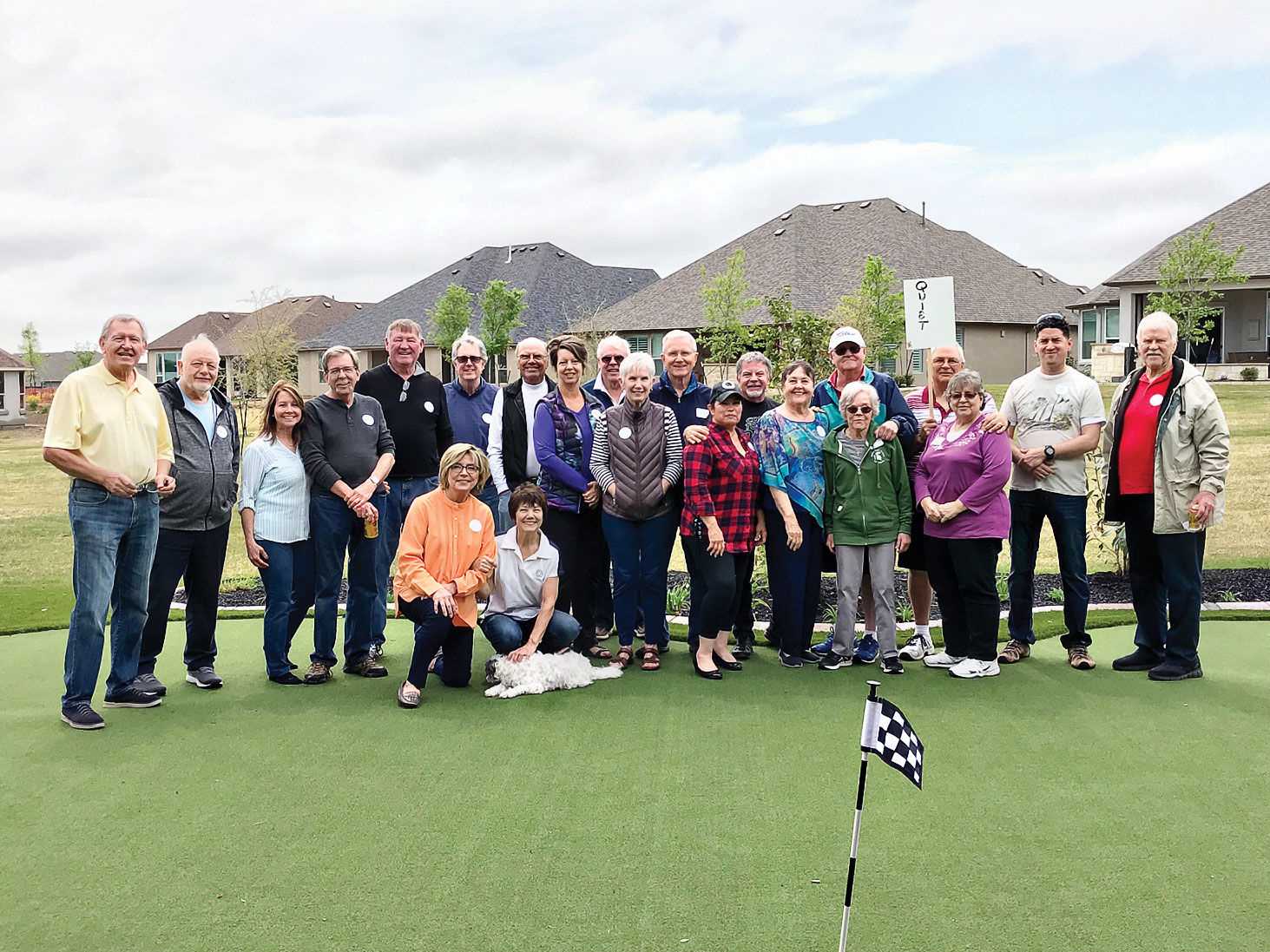 Let it be said that Robson Ranchers aren’t afraid of a little lightning and thunder; at least not those who live around Marl Way! It’s one of the “new” neighborhoods here in RR Texas fondly referred to as “The Rocks” because the streets are named after stones and rocks.

Like many Robson neighborhoods, all the people are quite friendly and don’t need much of a reason to get together for a good time. On, Saturday, April 6, the first Pitch & Putt Invitational golf event was held in the backyard and the surrounding green space area where Rich and Kathy Jedlowski have their new home.

The week leading up to the event had good weather, but the forecast for Saturday was 80% chance of rain. Even with a stormy early morning, it was decided to still proceed with the event with hopes of typical Texas weather blowing by us. We were pleasantly pleased that around 11:00 a.m. the weather began to clear up and the fearless Robson Ranchers started rolling in, clubs in hand, around noon.

Players warmed up on the putting green and at approximately 1:00 p.m. the “weather modified” rules of the event were explained to all and the golfers were eager to get the tournament on the way. Using foam Almost Real Golf balls that were window friendly and artificial turf mats, the golfers made their way around the five-hole course. After avoiding the flower beds which were treated as water hazards, golfer’s tee and approach shots landed on the putting green, where the foam balls were exchanged for regulation golf balls and finished out their holes and posted their scores.

The five-holes ranged from 30- to 75-yards and Vic Norton thrilled the crowd with a hole-in-one on a beautifully played 40-yard tee shot. At the end of the event two players (Vic Norton and Walt Searcey) were tied and played a 48-yard play-off hole where Vic hit a SW tee shot about a foot away from the cup and made his birdie to claim the title Champion Golfer of the Year.

Everyone shared a lot of stories and a good time was had by all and after the meal there was even a house blessing performed by Deacon Norton. Huh, a Deacon, the Champion Golfer and good weather; do you believe in Divine Intervention?