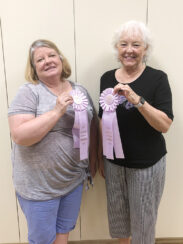 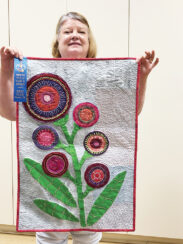 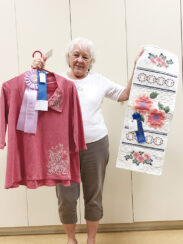 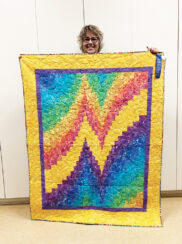 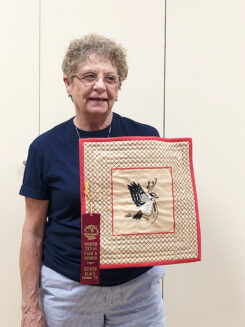 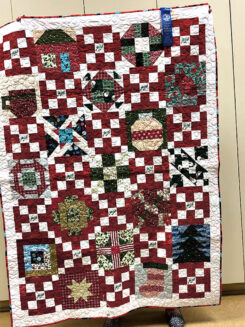 Christmas block of the month quilt 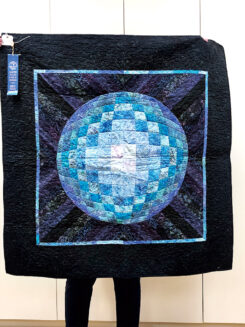 Once again, members of the Material Girls at Robson Ranch Texas brought home ribbons from the North Texas State Fair in Denton. Among the awards this year were two Reserve Division Champions, 13 blue ribbons and one red ribbon.

Lucy Rees and Paula Saunders won a Reserve Division Champion ribbon for a second year. Lucy has shown items in the fair for the past four years and this year’s “Dear Daughter” quilt was made for her granddaughter who has it on her bed. Lucy also scored three other blue ribbons this year. Paula, a two-year veteran of the fair entered a knit shirt embellished with crystals. Her second entry, a table runner with embroidery/applique quilting, was a blue-ribbon winner.