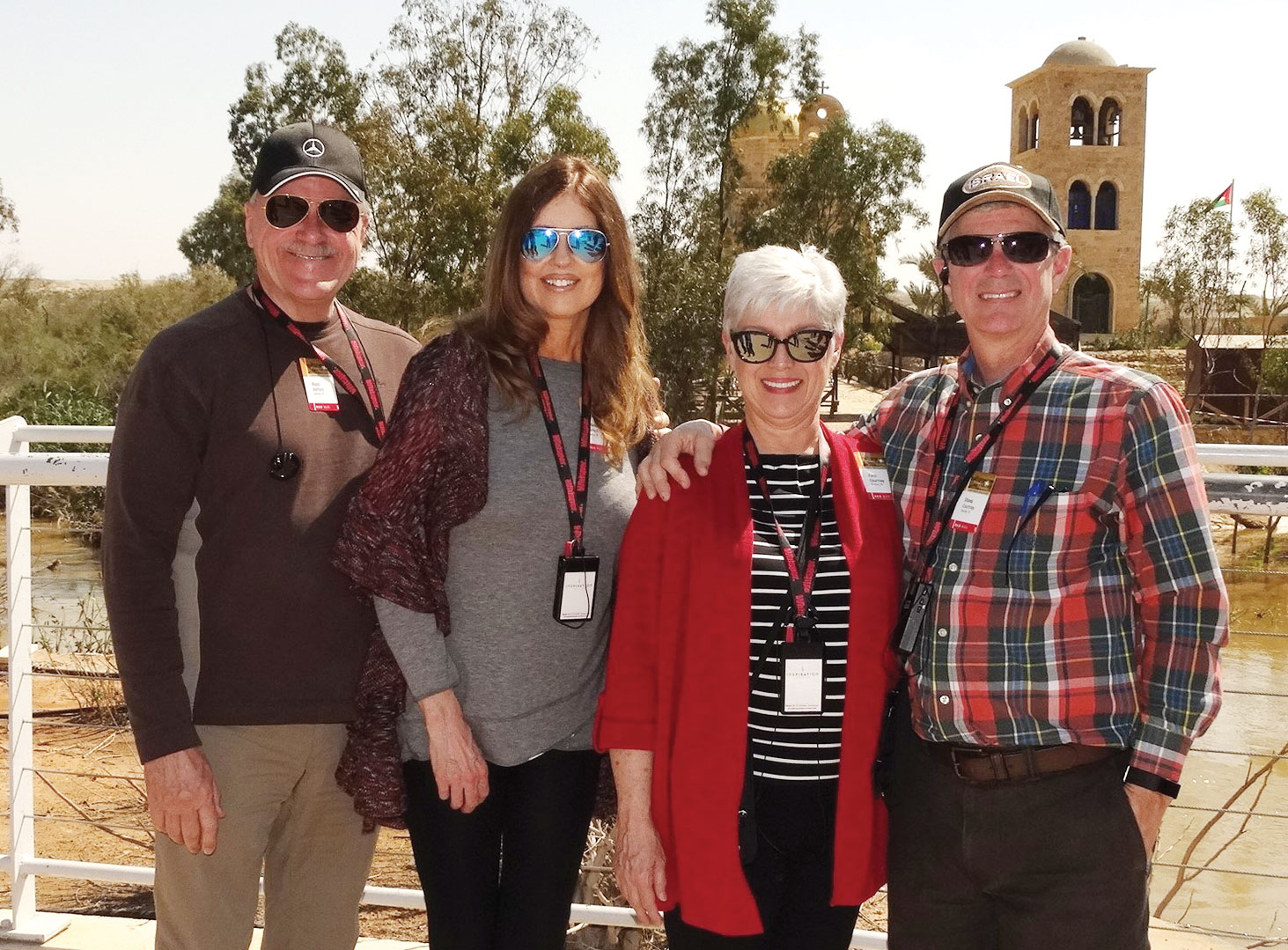 Russ and Rebecca Bafford, Pam and Steve Courtney standing in front of the very site on the Jordan River in Israel where Jesus is believed to have been baptized by John the Baptist 2,000 years ago.

When Robson Ranch residents Steve and Pam Courtney, who had built their new home a year and a half ago on American Way, and Russ and Rebecca Bafford, who had built theirs over three years ago on Crestview Drive, signed up for a ten-day trip to Israel along with 375 other travelers, they had no idea who else might be on that tour! The Courtney’s and Bafford’s were on the same plane, stayed in the same hotel, were assigned to the same bus (bus one of nine buses) and Steve and Russ got in the same buffet line for supper the first night.

When Russ turned around to say hello to the man behind him, he noticed his name tag read “Denton, Texas” so Russ, thinking it was great to meet someone from Denton, asked Steve where in Denton he lived. Imagine their mutual surprise when Steve said, “Robson Ranch” and Russ excitedly said, “We do, too!”

So, the rest is history. Imagine meeting your neighbors who live less than a mile away from you in a country 7,000 miles away! What are the odds of this happening? Well, the two couples made a great friendship, had the time of their lives on the tour and made memories to last a lifetime! You never know who you will meet in Israel!