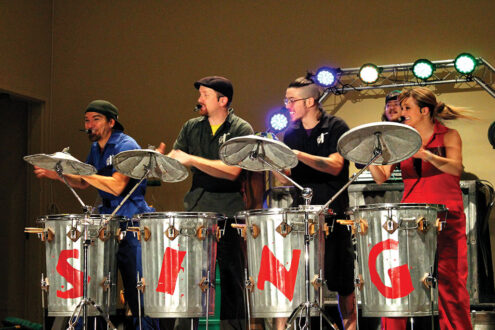 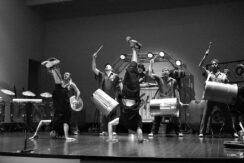 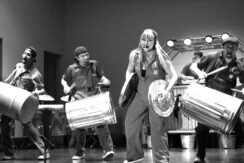 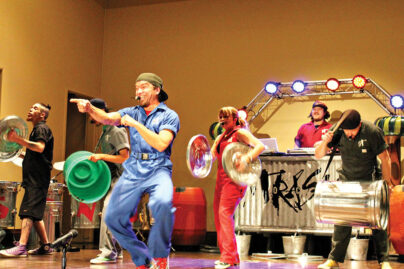 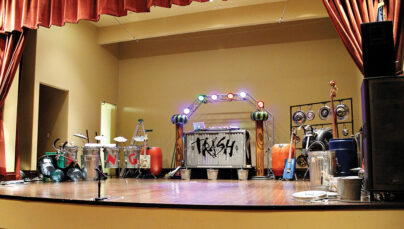 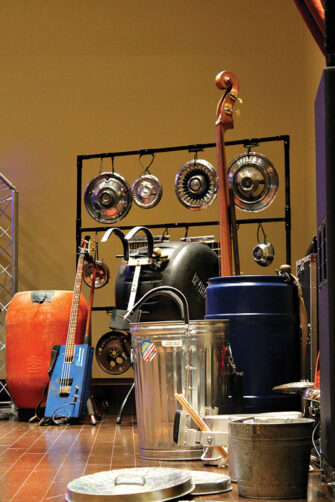 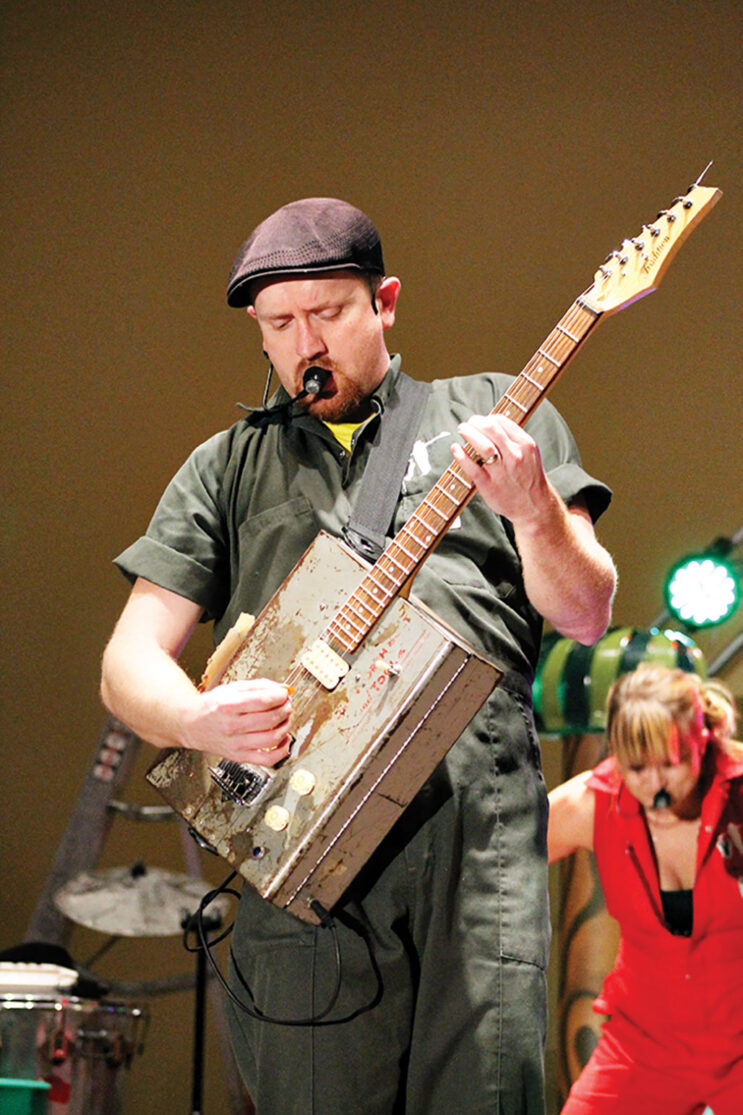 Vocal Trash rocked the residents, family and friends of Robson Ranch on Saturday, January 24, 2015. They had an unbelievable setup on the stage within three hours of their arrival at the Ranch. The instruments were made out of trash cans, pots and pans, milk jug bass, PCV pipe, brooms and even tool box guitars…it was great to see how things can be reused or recycled instead of putting them into the landfills.

The VT cast (Kelsey Rae, Steve Linder, Greg Dugan, Pablo Barracuda, Danny Ramirez, Anthony Silva and Edder Martinez) were outstanding and were in continuous motion during their performance. The residents certainly felt the energy with some standing the entire night in the back of the room. Those that remained in their seats had trouble keeping still, but their feet were definitely tapping. Again this year several grandchildren attended, and what a great message they received: recycle, reuse! All that attended enjoyed every moment and hope Vocal Trash will return. The buzz about this group was really good as the HOA sold more tickets for this concert than we did at the previous two concerts they performed at the Ranch. Vocal Trash is making new friends each time they come and thoroughly enjoyed performing for the Robson Ranch residents.