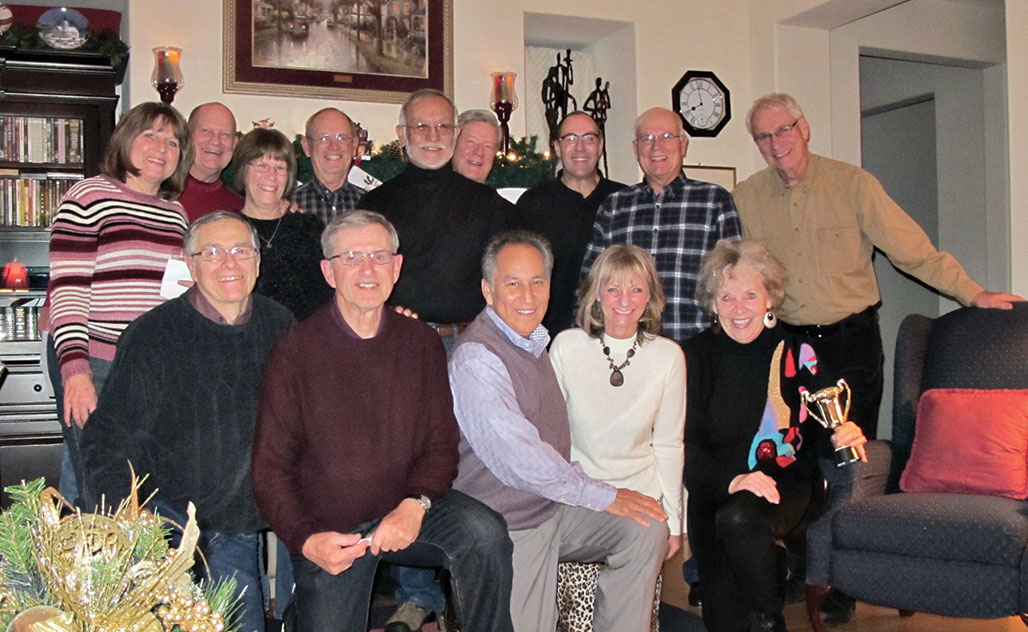 The “volleyballers” and spouses at their holiday party

The Robson Ranch gymnasium can be a rowdy place on Monday and Tuesday evenings during the pick-up volleyball games. There are squeals of excitement, applause and cheers after a long volley and laughter when the ball is mishandled or other craziness happens on the hardwood floor. It’s a pick-up game with whoever shows up. Some people play almost every time the net is put up while others come occasionally, but everyone has a good time.

Buddy and Trish Arnold hold a party at their house during the holiday season for the volleyballers and their spouses. Sometimes it is hard to recognize players when they’re dressed in something other than gym clothes. It’s a great opportunity to share some stories about volleyball. Like the time play was stopped when one of the players lost a hearing aid. Everyone helped look on the floor for the small device, but it was evading capture. After several minutes, the owner found it hanging on the volleyball net.

Lori Slocum, one of the frequent volleyball players, took time to hand out awards to each player who came to the Arnold’s party. The awards brought laughter as each one highlighted that person’s style of play.

If you enjoy playing volleyball or just want to give it a try, join us on Mondays and Tuesdays at 6:30 p.m. in the gym.