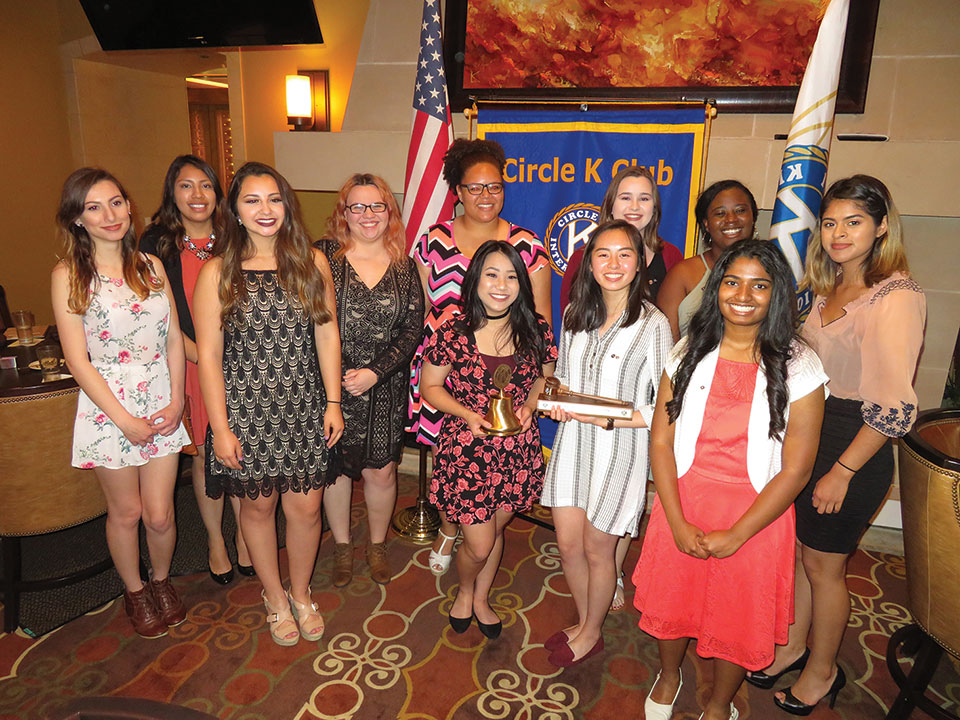 You’ve heard it dozens of times; maybe even said it a time or two yourself: “kids these days.” The millennials have surpassed baby boomers to become the country’s largest living generation. How does this make you feel? You may wonder how things will pan out for society when they take charge. Plenty of people in older generations are puzzled by millennials, concerned that they will turn out less responsible than running the world requires. Nagging oldsters fuss over millennials’ quirks. The rap is they’re technology-addicted, entitled and rather soft.

The idea that today’s young people are more problematic than ever is a myth. And this myth cannot be more clearly debunked than by the example set by Texas Women’s University campus Circle K International (CKI), a part of the Kiwanis family. Circle K clubs are organized on a college or university campus and sponsored by a Kiwanis Club. By giving back to others, CKI members learn the skills they need to become the next generation of community-minded leaders. With more than 13,000 members in 500 clubs in 17 countries, CKI is making a positive impact by devoting more than one million service hours annually on campuses and in the community.

In April, Kiwanis Club Robson Ranch proudly celebrated the newly-chartered CKI club with the formal installation of its officers during a dinner presentation at the Wildhorse Grill. KCRR President Jim Galbraith introduced these leaders of tomorrow who are committed to making a difference in this world regardless of their chosen profession or career. Members of this young club have already worked side-by-side with KCRR by assisting with their shoe drive and pancake breakfast.

Without question student involvement in community service is the best way to make a difference in tomorrow’s world. One of the greatest gifts the Kiwanis Club can give is developing quality leaders and citizens while increasing service to the community. Share in these gifts by joining Kiwanis Club Robson Ranch every first and third Friday at 8:30 a.m. in the Clubhouse. For more information contact Jim Galbraith at [email protected]