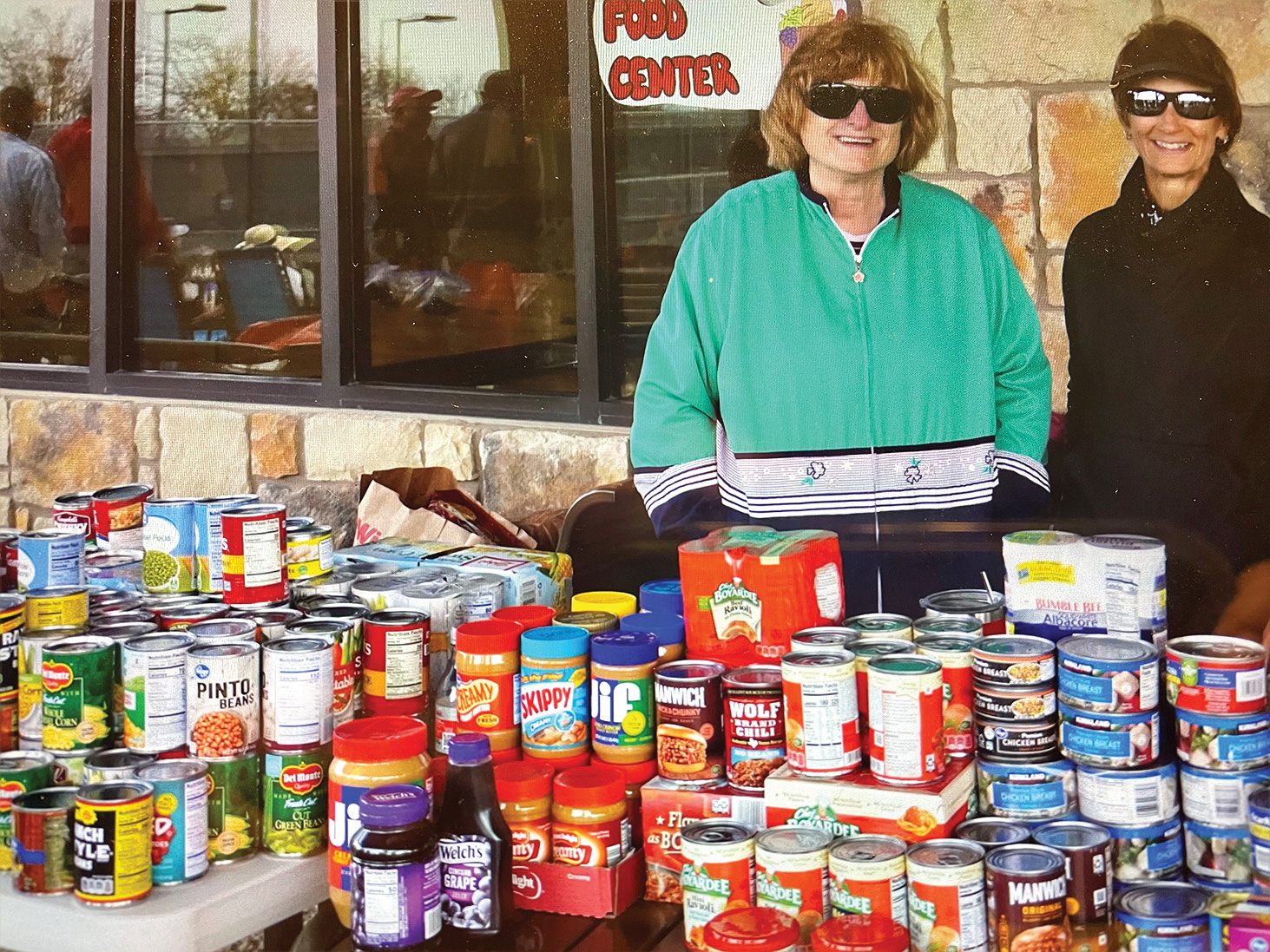 Pickleball Club members donated much more than pickles during our recent spring tournament. Pictured are Marilyn Winters and Julie Laderach helping to make it happen!

One of the first questions a pickleball player may be asked is, “Why is it called pickleball?” Where is the pickle? Some long-time players still may have no idea, but most have heard the often-repeated story regarding the origins of the name. But, is there a possible twist?

Let’s start with the story most often heard, which goes back to 1965 at the Bainbridge Island home of Joel Pritchard, Washington State Congressman, and his wife Joan. Bill Bell, businessman and family friend, had come to visit the Pritchard family, and the Pritchard kids were looking for something fun to do. There was an old badminton court on the property, but not enough badminton racquets, and apparently no badminton birdies. Game over? No! They did have some ping pong paddles and a perforated plastic ball, so let the game begin! Very shortly thereafter, (reportedly just a week), Barney McCallum, neighbor and friend helped refine the game. They lowered the badminton net from 60” to 36”. That’s how these three men, Joel Pritchard, Bill Bell, and Barney McCallum, have become credited with having “invented” the basics of the game, with a lean toward badminton rules. Barney McCallum is the one credited with modifying the ping pong paddle to make a more official paddle for the sport and for bringing the sport to the public, forming a corporation in 1972.

Ok, ok, I still haven’t explained the pickle. So, the common story goes that as the Pritchards tried to continue to play their newly invented game, the family dog would intercept the perforated plastic ball and run off with it. What was their dog’s name? Pickles, of course! So, one might say it was Pickle’s Ball or Pickleball as the sport came to be spelled as all one word. So, indeed there were no edible pickles involved, but yet an edible pickle is often characterized on t-shirts, memes, etc. in connection with the sport.

I did say there might be a twist in the origin of the name that even experienced players may not have heard, and here it is. According to Joan Pritchard herself, they did not have their dog Pickles in 1965 when the game was first played on their property. Instead, Joan said that this game, made from pieces of other games, reminded her of her college rowing days when a “pickle boat” was a term that referred to the row boat with a mismatched team. Joan is quoted as saying, “The dog was named after the game. Not the other way around.” Barney McCullum stands by the idea that Pickles was around from the beginning, but it was Joan’s house and her dog, so it would seem she would know!

So now you know how pickleball got its name … or do you? No matter, it’s a blast! Come out and give it a try! You’ll be hooked!