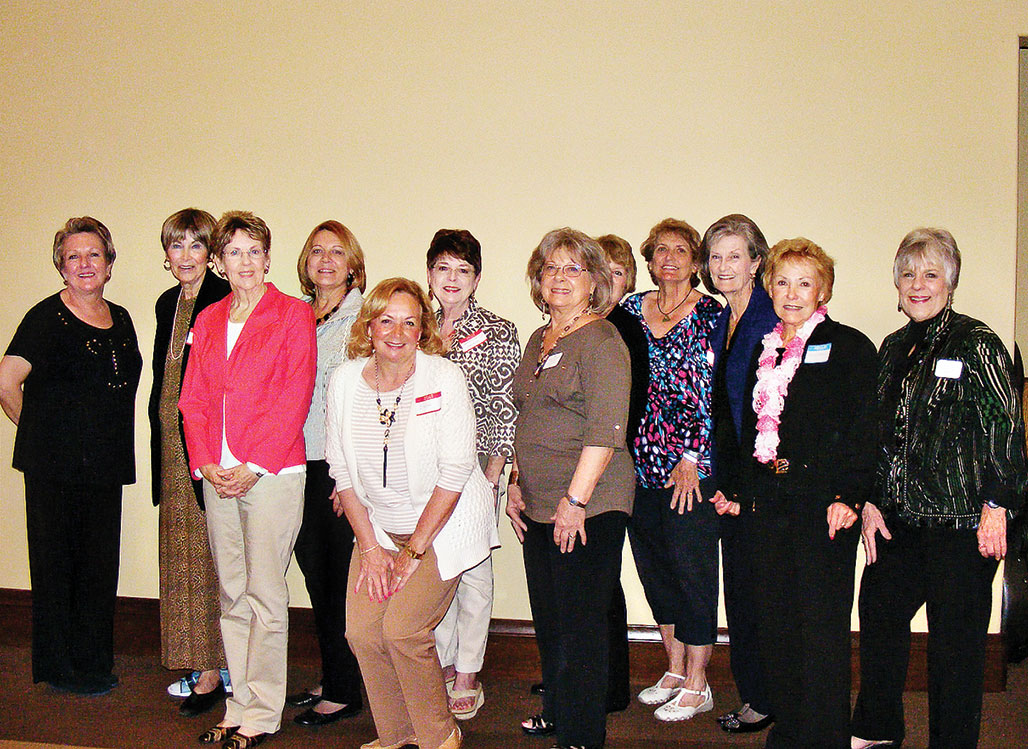 The regular general membership luncheon meeting was held Monday, April 7, 2014, at the clubhouse with over 220 members in attendance.

All ladies with birthdays during the month of April and first-time attendees were recognized and introduced.

President Mala Bowdouris reported that the minutes from the March luncheon are posted on the HOA website as well as the women’s club new website at www.rrwomensclub.org. Mala also reported for Treasurer Donna Ross that there are $720 in new membership dues, $125.40 in expenses and the club bank balance is $6,720.07.

Service Chairperson Liz Dinkins reported that $392 in checks and cash along with personal items were collected for Friends of the Family Charity during the luncheon.

The Women’s Club has been very busy during the month of April by supporting a fundraising event for Friends of the Family in Denton on April 12, hosting a new member coffee on April 15 and a group trip to San Antonio April 22-24. Mala Bowdouris requested all members support the Robson Ranch Kiwanis Club by submitting recipes for their cookbook no later than April 30.

Entertainment for the April luncheon was provided by internationally recognized musician Mr. Wayne Burak, principle cellist for the Fort Worth Symphony, soloist and chamber collaborator. Accompanying Wayne was Miss Emily Davis on violin and Wayne’s son, Nicholas Burak, on cello. During their performance First Vice President BJ Watson performed one song with the group, Summertime. Mr. Burak then asked for audience participation and asked for six audience members to join them on stage to accompany them with “dance moves” while Darla Mahan sang Strangers in the Night.