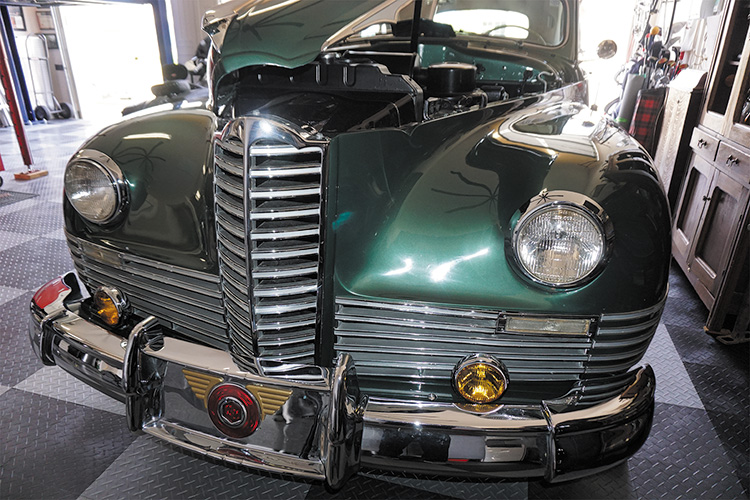 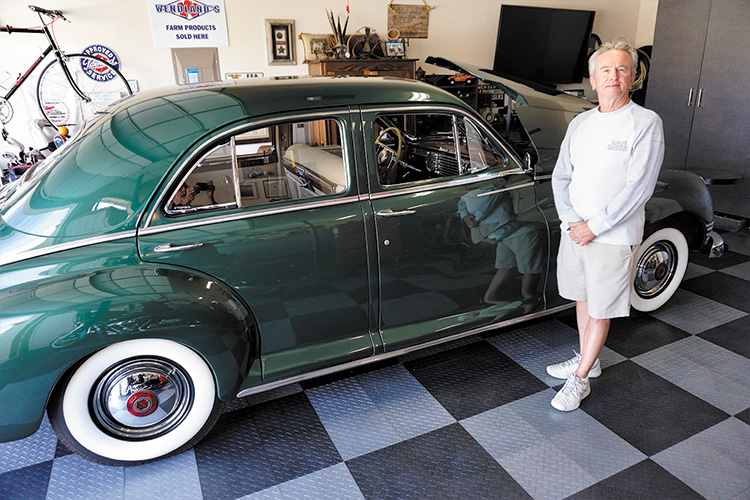 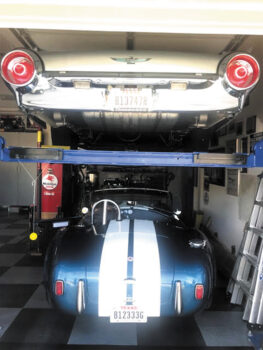 My Packard is a 1947 Custom Super Clipper. I purchased it in 2013 and I have been restoring it over the last six years. I have redone everything with the exception of the engine and drivetrain. It runs great so I have not seen a need to do anything in that area. This model is recognized as a “Classic” by the Classic Car Club of America. It was designed by the famous automotive designer, Dutch Darrin. This model is the last Packard year and model to receive this designation. It was the 4548th of that model made of approximately 5760 produced in 1947. It was originally sold by Stafford Motor Company in Red Oak, Iowa. I purchased it in Northern California where it had spent some 25 years or so of its time.

I purchased my 1962 Ford Thunderbird Sports Roadster from a gentleman in Normal, Illinois in 2017. This car spent its entire life in southern Illinois until my purchase. This car was fully restored in 2005.

The first year for the Sports Roadster was 1962. There were 1307 made accounting for 1.675% of Thunderbird production for the year. My car was completed on March 30, 1962. It has a 390 cu. in. engine with 4 brl carburetor and a 3-speed automatic transmission. Its exterior color is Silver Mink Metallic with black interior and convertible top. This exterior color is a special order color. I had a hard-top version of this car in the same color in high school.

My 1967 Shelby AC Cobra…Contemporary Classic factory built in 2005 with a 4-inch tubular frame with a custom built suspension and coil over shocks in front and dual coil overs in the rear; 351 CI Ford engine rebuilt in 2013 with all racing parts producing 400 HP; Tremec 5 speed transmission and a Dana rear end with 3.73 gears; 15 inch Halibrand knockoff wheels with Wilwood disc brakes.