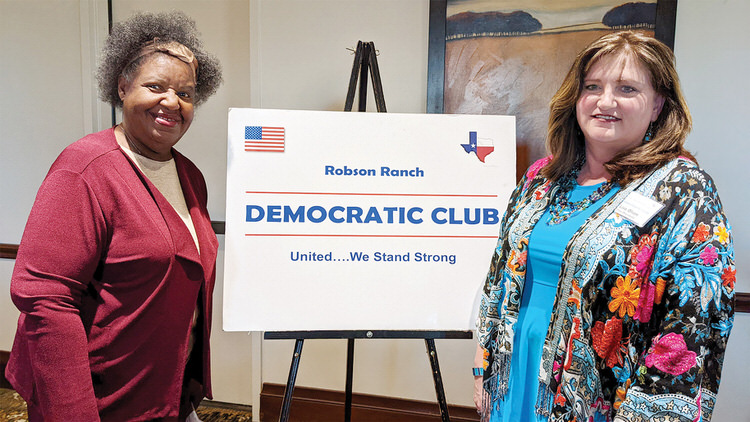 We’re right in the middle of voting season for municipal, state, judiciary, and national elections. Voting is one of our most important rights, and in Texas, eligible electorates can vote by mail. Although it’s convenient and it’s safe, absentee voters must navigate an often-confusing patchwork of requirements.

The RR Democratic Club invited speaker Jocelyn McMurry, Democratic Judge for the Denton County Early Voting Ballot Board, to address the recently passed legislation establishing new mail-in voting regulations. There are a lot of I’s to dot and T’s to cross.

And, if your ballot is submitted with errors, it just might not count.

Texas already had strict rules outlining who receives a mail-in paper ballot. The new rules require absentee voters to include a state identification number (i.e., driver’s license number) or a partial Social Security number, both when requesting a mail-in ballot and returning a completed ballot. The numbers must match information in a voter’s record for ballot requests to be accepted and votes to be counted.

The new voter ID law also forced a redesign of the return envelopes used for mail-in ballots, allowing them to be sealed in a way that protects a voter’s sensitive data. Under the state’s rules, officials cannot accept any ballot without the ID information on the return envelope.

During the March primary elections, officials reported an unexpectedly large number of rejected ballots for lacking the newly required ID information. In Denton County’s Democratic primary election, nearly 20% of the mail-in ballots were rejected. It’s suspected the new law tripped up voters who may be unaware of the changes. Also, since the ID field was placed under the envelope flap, voters may have missed it altogether.

Fortunately, the voting law offers voters a chance to fix ballot errors. Defective ballots must be sent back to voters if they arrive early enough to be sent back and corrected. If it’s determined there’s not enough time, officials must notify the voter by phone or email. Voters must then visit the elections office in person to correct the deficiency or use the state’s new online ballot tracker to verify the missing information. Of the ballots rejected in the March Democratic primary election, 65% were cured and counted.

In any election year, some absentee ballots get tossed for everything from late postmarks to open envelopes. However, with the new ID requirements, there has been an uptick in the number of rejected ballots. Simple mistakes can cost a vote. Confused by the new law? Even well-informed absentee voters can turn in a defective ballot. Contact the Denton County Elections Office or visit votedenton.com for information on voting requirements and regulations. Make your voice heard! Make your vote count!

Want to learn more about what’s happening in the Texas State Government? Come join the RR Democratic Club on the fourth Thursday of each month at 7 p.m., in the clubhouse. For more information, contact [email protected]