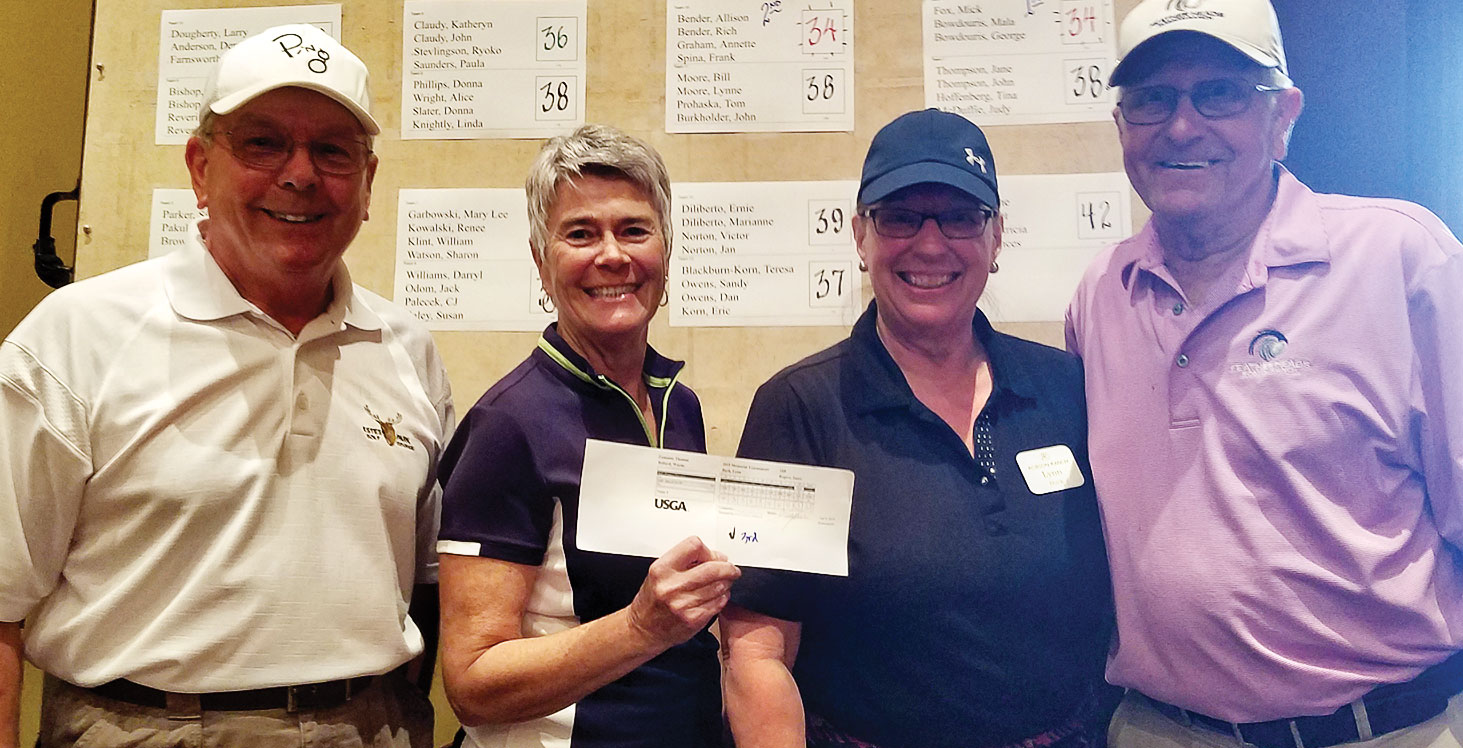 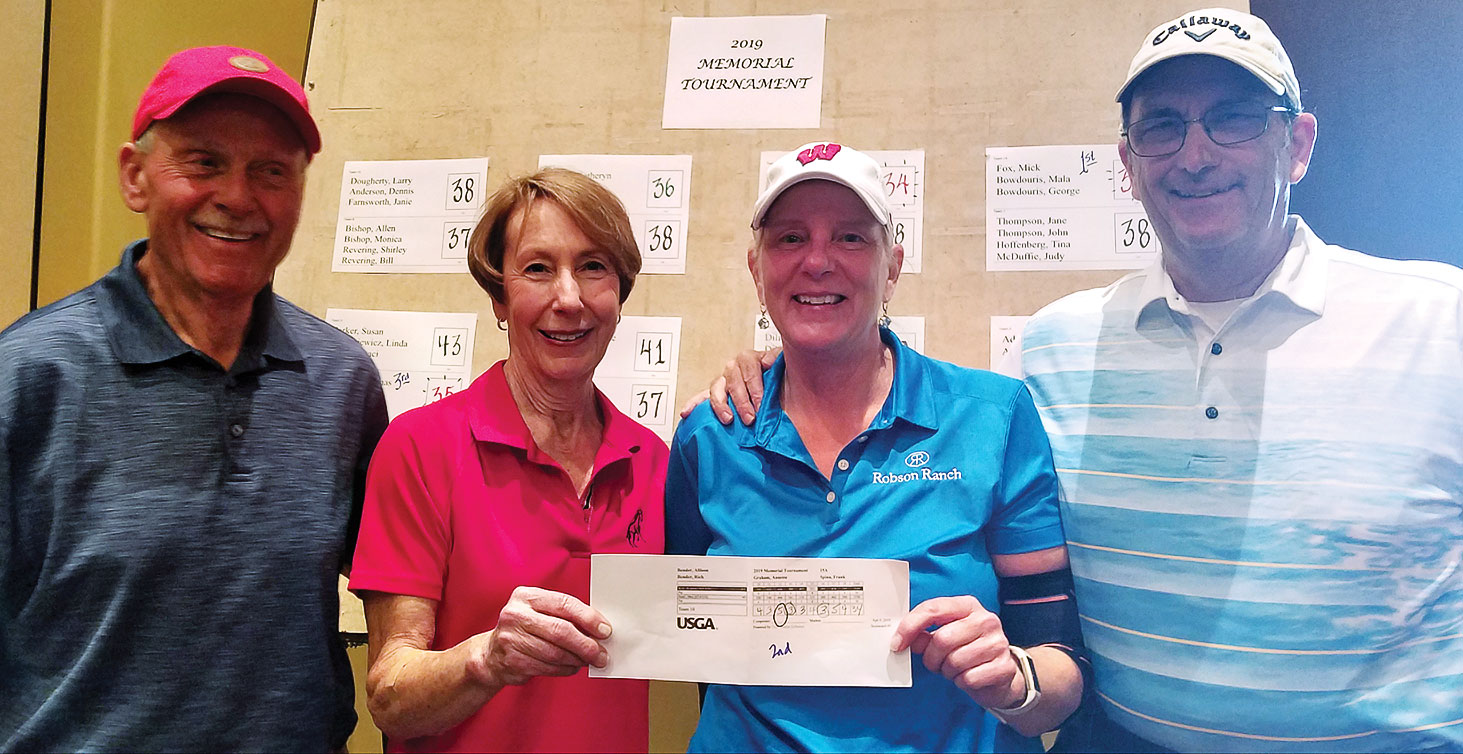 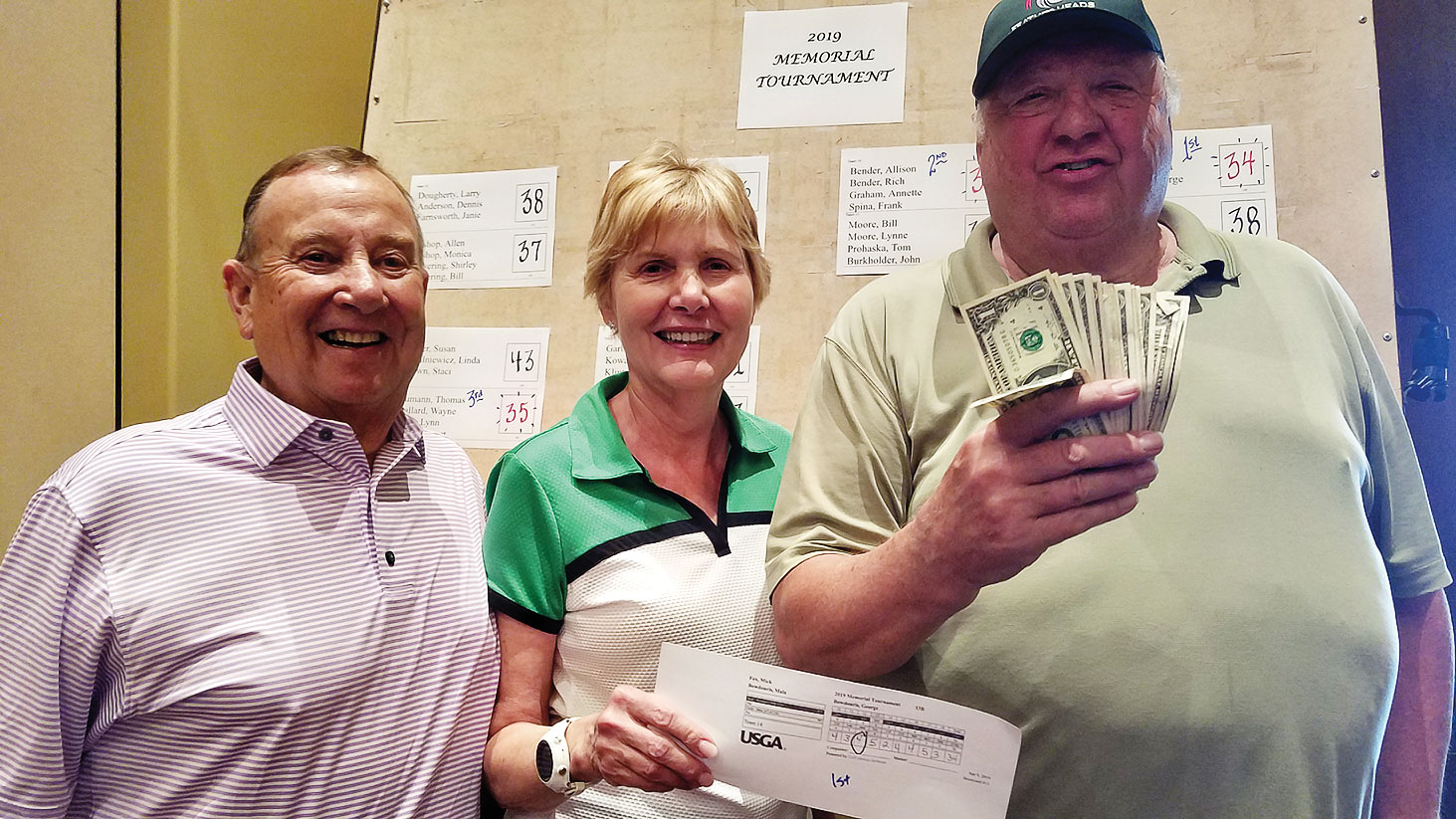 Bright sunshine greeted the 59 golfers who participated in the 2019 Robson Ranch Memorial Tournament held April 9. This tournament was originally called the Jack Akins Memorial Tournament, but about six years ago it was decided to memorialize all members who have passed away from any of the four recognized golf organizations (WGA, MGA, WLN and RRM9) on the Ranch. This tournament is chaired alternately by the Wildhorse Lady Niners and the Men’s 9-hole group.

The honorees in attendance were: Barb Browning, Larry Dougherty, Janie Farnsworth, Susan Haley, Dorothy Hogan, Larry Muff and Ryoko Stevlingson. These honorees have their lunch provided by the WLN and green fees covered by the Pro Shop. Many spouses golfed in honor of their loved one: Janie Farnsworth for Dick, Ryoko Stevlingson for Don, Larry Dougherty for Jan and Susan Haley for Charlie. Attending the lunch only were Larry Muff, Barb Browning and Dorothy Hogan.

The Memorial Tournament Plaque with the most recent names engraved was on display. Included was Ken Vasey who was one of the more recent MGA members to pass. John Burkholder spoke about Ken Vasey, saying he was a delightful man with never an unkind word to anyone. Unfortunately, his wife, Donna, was unable to attend.

Thank you to the WLN for hosting the 2019 Memorial. Many of the honorees commented that they had seen people today that they hadn’t seen in a number of years. It was a wonderful opportunity to see and remember old friends.