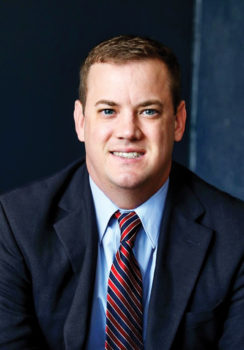 Spring and summer are typically when you see 4-H members start buying their livestock projects for the upcoming year. This season focuses on all the bigger projects like steers, pigs, sheep, and goats. Smaller projects like rabbits and poultry are short-term projects and happen later in the year. While families and fairs remain optimistic, there is some uncertainty due to the COVID-19 pandemic. Prior to the pandemic, there was no question of whether a show or state-wide fair would be held; however, nowadays things are different.

Last March, I was at the Houston Stock Show and Rodeo going about my typical fair duties with 4-H kids and their projects, and then I started hearing the barn whispers … the cattle that were moving in to show weren’t being allowed to enter the grounds, the show was going to be closed at the end of that day and would not resume the following day. It was crazy! Luckily, the youth that were already there were able to show their projects before the mayor closed the show. Unfortunately, those were some of the last animals to show in that show cycle. The pigs and cattle never entered the facility at the Houston Stock Show and Rodeo, and Rodeo Austin cancelled all their events. Livestock enthusiasts and stakeholders were able to put together makeup events for kids; however, it was anything but normal.

With the reopening of the State of Texas in phases by Governor Greg Abbott, 4-H families are becoming optimistic again. Our staff will validate ownership of steers and heifers this month in preparation of major state-wide shows like North Texas State Fair, State Fair in Dallas, Heart of Texas in Waco, and Fort Worth Stock Show and Rodeo. These events are held annually and the staff are planning ahead the best they can.

Recently on a Facebook Live event, we learned that the State Fair of Texas may utilize a modified schedule. We also learned that their volunteers are working harder than ever before to secure scholarship dollars for the annual scholarships they provide. There is no doubt that the fair staff wants to have a show and that livestock families want to come to the show.

Statewide we were within 90% of the number of animals to be validated. I know locally we’re around the same number as previous years. Our families want to participate. The elephant in the room is what is going to happen with the pandemic. People around the state and nation are greatly divided on the severity of the issue: some people are still very concerned about the virus, while others think there’s nothing to it. Most of our families just want to know when they can go show.