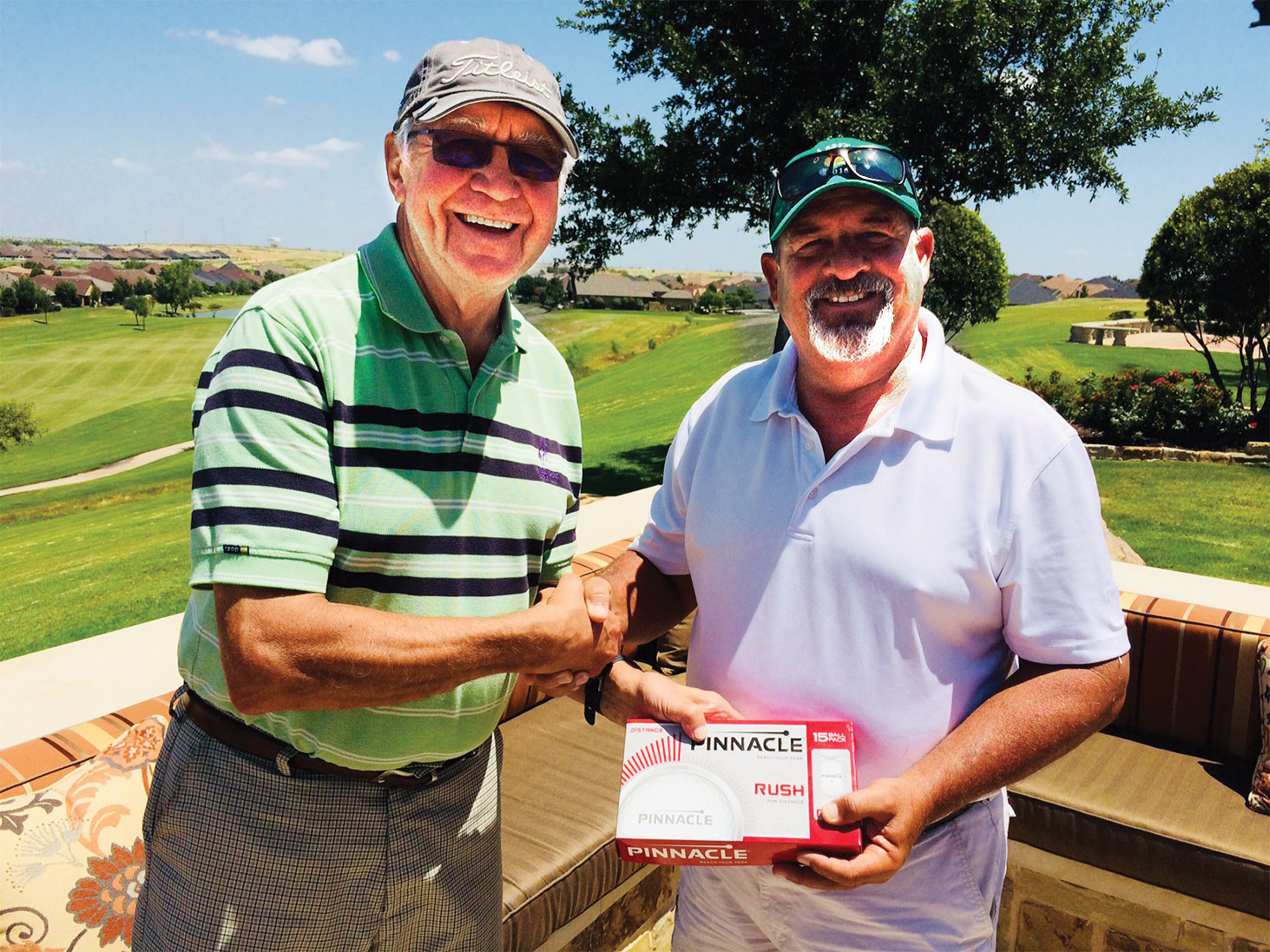 Why join 9MGA when you’re the President of Robson Ranch Men’s Golf Association (MGA)? Easy answer according to Chuck Boggess, MGA President. “To play golf on Mondays” when the course is closed for maintenance to all except 9MGA members. That’s the no brainer response Chuck gave when asked why he joined 9MGA. Pretty good reason, huh?

Chuck, a native Texan, and wife, Karla, moved to Robson Ranch Denton two years ago after selling their company, Texas Reconstruction, a local Dallas/Fort Worth fire and water damage business (yes, the one on the RR softball field fence sign) to two of his sons. Just about a year later, after a relaxing round of golf, Chuck met some MGA Board members in the Grill who asked if he’d be willing to lend a hand. “Sure,” Chuck responded, “I’ll help out.” And there you have it, MGA’s get involved next president.

Chuck says the current, all new, MGA Board is a blast to work with and lead! And then quite soon after joining 9MGA Mr. Involvement met 9MGA’s President, Tom Prohaska, who welcomed Chuck to 9MGA as its 200th member with a box of 15 brand new (according to Tom they’re new, but knowing prankster Prohaska, they’re probably X-outs or used) Pinnacle golf balls. See guys, joining 9MGA does have benefits beyond just playing golf on Monday when no one else can. You just have to coincidently be the right joining number when signing up.

Chuck went on to explain that MGA’s upcoming September, two-day, Member-Guest Golf Tournament is Robson Ranch’s golf showcase event that makes all his time and effort worthwhile. Lots of MGA members are involved, not just playing golf, but in the pre-planning, organizing and tournament day’s execution and coordination to bring off a truly fun-for-all day of golf and mixing with friends!

So guys, 9MGA is here for the joining! Stop on by the Pro Shop and sign up. You’ll be glad you did every Monday moving forward!