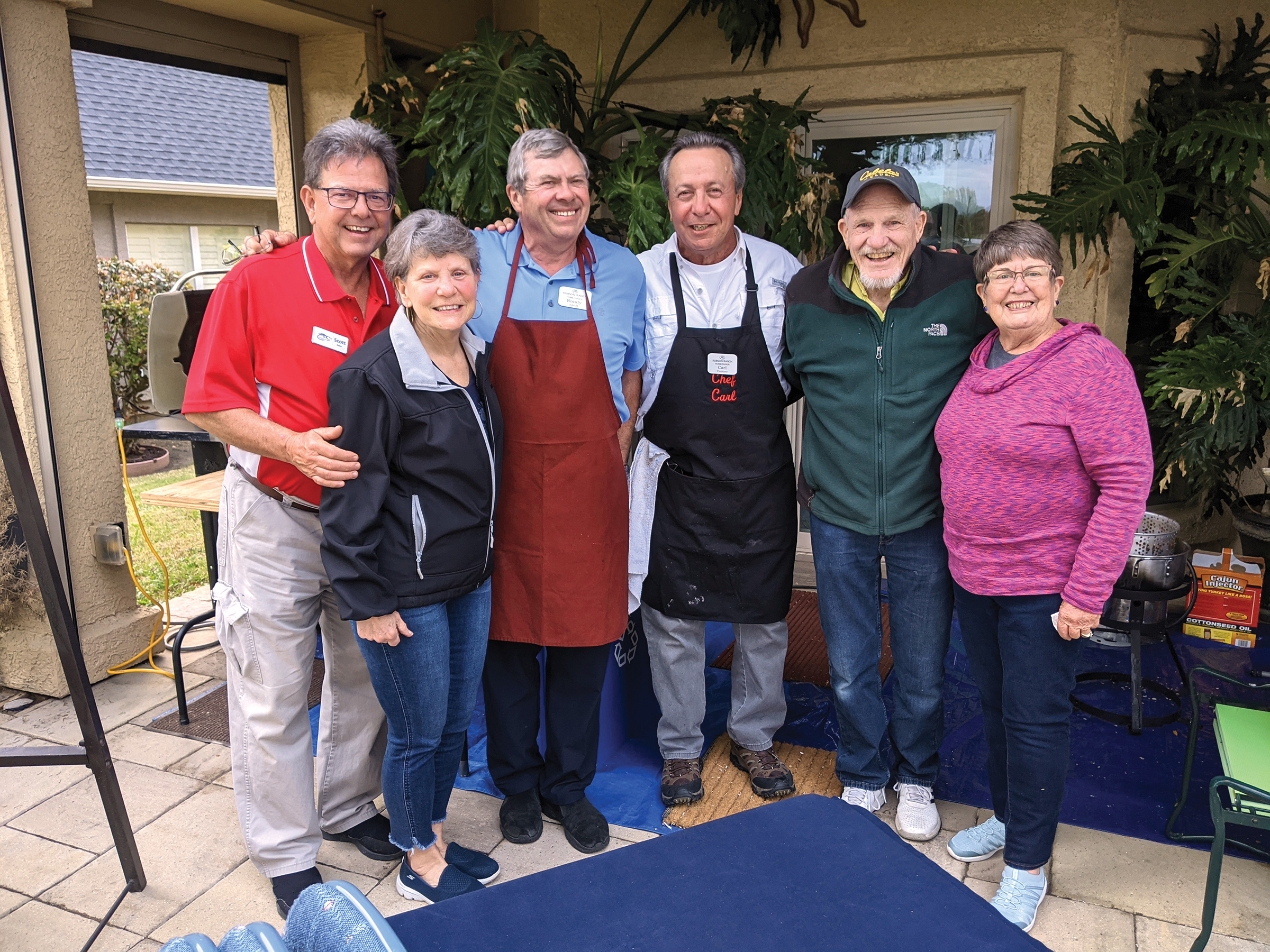 The finest food ever from the fry masters

There’s a natural gap between people in any community which became ever more prevalent over the past year. We build our lives around differing hobbies, interests, and social activities. We have our universe of friends, and they have theirs. Sometimes it all seems galaxies apart. Then, along comes the Robson Ranch (RR) Fishing Club. Boom, there it is, a point of instant communion and a beer-battered bridge soon opens between those worlds.

After the club’s monthly meeting, fellows and gals started conversations about the hottest fishing spots. Soon afterward, the question arose—what to do with all that fish caught; how to share nature’s bounty. “Eureka! Let’s cook us some fish”. We weren’t talking about baked or grilled—we were referring to only one thing—a fish fry, of course!

Welcome to the Fishing Club’s “oil” party. With over 25 pounds of striper, sand bass, crappie, drum, and smallies a springtime backyard fish fry took hold where everything was made with oil, and the calories didn’t matter. Master cooks (Dick Cooley, Randy Shoff, and Carl Caruso) lit up the outdoor fryers, hand-battered the fillets, and gently dropped them into the hot, bubbling oil. A few minutes later, platters were laden with deliciously moist and flaky fillets covered in a crispy, crunchy coating. No worries about timing our food perfectly. It was an eat-as-it’s-cooked type deal. When the fish comes out of the fryer, cool a bit, then eat. And for those who just can’t wait, standing around the fryer grabbing whatever piece comes out next is totally acceptable.

It might be a fish fry, but we needed all those side fixin’s, too. There were french fries, taco salad, coleslaw, baked beans, and potato casserole. Still, they were only supporting actors for the real stars of the show—fried fish. And to wash everything down, beer, wine, and iced tea. Claims of being stuffed to the gills were nixed when we spied the array of desserts—cookies, cakes, and fruit trifle. And when it came to cleanup, no fancy tableware here; only paper plates, napkins, and plastic utensils. Eat, drink, throw away—what could be sweeter?

The evening was spent eating and breathing fish, the aroma strong enough to seep into our clothes, until we could barely put down another bite. While leaving toward home, we reflected—we should cook up some fish more often. It sure isn’t gonna be healthy, but it’s sure gonna be good.

Never ones to turn down an opportunity to cast a line, plans are always in the works for the next fishing destinations, including Lake Whitney (striper and bass), Lake Texoma (striper and bass), and Lake Ray Roberts (crappie, bass, and catfish). Interested in dropping a line? The RR Fishing Club meets the second Wednesday of each month at the Wildhorse Grill Boardroom at 5 p.m. For any inquiries, comments, or suggestions contact [email protected] or Scott Baker 214-334-7664.