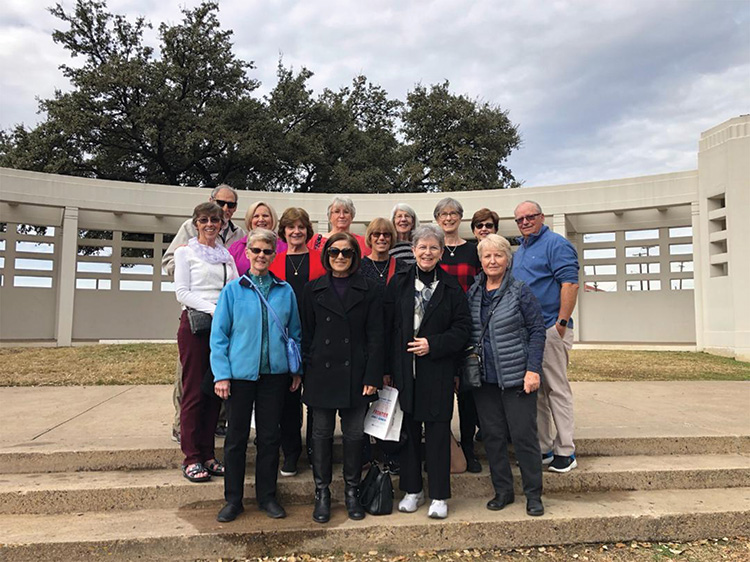 On Dec. 4, 2019, a group of After Schoolers traveled by A train and Dart to the Sixth Floor Museum in Dallas, Texas. They explored the facts, mysteries, and legacy of President John F. Kennedy at the museum located in the former Texas School Book Depository building at Dealey Plaza in Dallas, Texas. They were presented with the social and political landscape of the early 1960s, chronicling the assassination and its aftermath, and reflection upon President John F. Kennedy and his lasting impact on our country and our world. Lunch was enjoyed at Ellen‘s Restaurant on N. Record St. in downtown Dallas. Return trip by Dart and A train made it a very enjoyable, relaxing event.