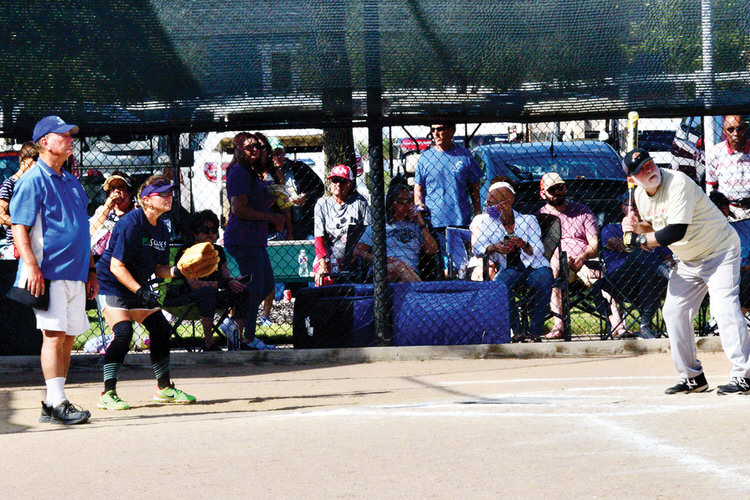 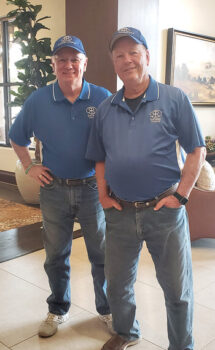 Last year was my first year playing softball. At every game, I noticed three umpires but never thought much more about their responsibilities, other than when they called me “safe or out” on a play. So, out of curiosity, I sat in on one of the Robson Ranch Umpire School sessions. Oh boy, I learned a lot, and I dedicate this short article to all the “volunteer” Robson Ranch umpires. Thank you, ladies and gentlemen, for your dedication and service to our Ranch softball association!

Being an umpire is a challenging but rewarding job. According to the dictionary, “umpire” derives from a 14th century French word “nonper,” referring to a “third person that mediates between two other people.” Occasionally, umpires are also referred to as “Blue” because of the predominant color of their uniforms.

Umpires make the decisions about play in a softball game. Each Robson Ranch softball game normally has three umpires on the field. There is commonly a home plate umpire who is in charge of calling balls and strikes from behind the plate, assisted by two field umpires who make calls on their specific bases. At every game, a senior umpire is on the field to help the newly trained umpires in the rotation.

Umpires are responsible for enforcing on-field rules and rendering decisions on judgment calls, such as whether a batter or base runner is safe or out, or whether a pitched ball is a strike or ball. They perform many duties before the game as well, such as safety checks on equipment, field conditions, in-field lines, and the condition and number of softballs available for play. While the team managers are responsible for their team lineups, an umpire ensures both teams and the press box have identical copies.

Anyone interested in softball can learn to become an umpire. Softball umpires need to know the rules and understand the game. There are even rules to prevent the umpires from being put into contentious situations. It is really about keeping the fun in the game and keeping the play safe for all participants.

At Robson Ranch, our umpire coordinators Mike Conley ([email protected]) and Gary Warrick ([email protected]) organize the training for the new and returning umpires, which total 24 this year. At RR Umpire School, trainees can expect two hours of classroom, field exercises/demonstrations, and a rule handbook for study. After successful completion, each umpire is provided with an official umpire shirt and cap. During softball season, each umpire is normally assigned only one game per week. So, if you love the game, contact Mike or Gary for the “best seat in the house”!