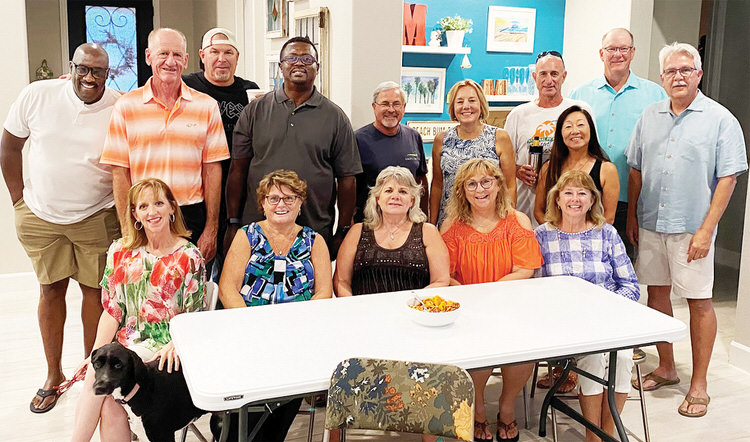 (Warning: If you are hungry, do not read this article.) The hosts for the Robson Ranch BBQ Pitmasters—Smokers & Grillers were John and Marlene McNemar. For the main BBQ, John rolled out two pork shoulders. One shoulder was marinated overnight, and both were smoked with a hickory blend wood. The second had a Traeger rub. One was smoked for 9 hours and the second for 12 hours. The pork was smoked to perfection! John also smoked a homemade Chex Mex appetizer for over two hours.

Dessert topped off the meal with smoked chocolate bread pudding with smoked vanilla ice cream. The ice cream was smoked with half applewood and half pecan wood. Two loaves of brioche bread were cubed and also smoked. Ghirardelli chocolate and vanilla from Mexico, along with other special ingredients, were made into a decadent custard. All the ingredients were combined and smoked for an additional two hours.

It was another Texas gourmet BBQ evening! “BBQ you can’t find or buy anywhere!”