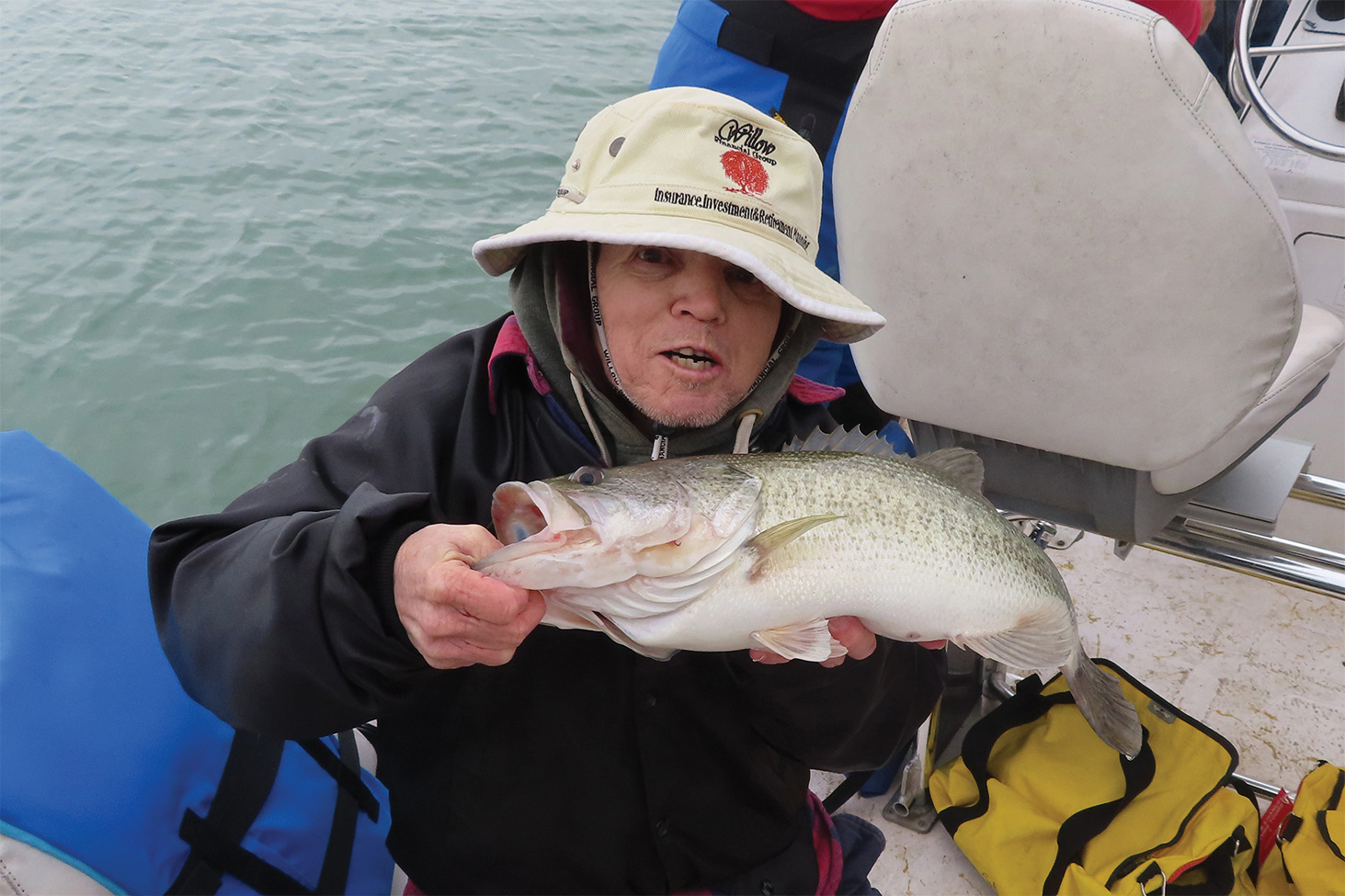 When you think about smallmouth bass, the Great Lakes come immediately to mind, followed by clear natural northern lakes, rocky mountain streams, and big mid-South reservoirs. But the state of Oklahoma? The land of shallow, muddy water lakes where largemouth have long reigned supreme? Not so much. Well, it’s time to change your thinking.

The RR Fishing Club stocked our tackle boxes in mid-April and embarked on an overnight stay of fishing and boating on Lake Murray. Located south of Ardmore, Okla., the lake has 67 miles of shoreline, and with its clear spring-fed waters, sight fishing is first rate. The 5,700-acre lake was built by the depression-era WPA and CCC back in the 1930s. Smallmouth bass are plentiful here, noted for yielding large numbers of smallies in the two-to-three-pound class and even some up to five pounds.

Though smallmouth are native to the rivers and streams in the eastern portion of the state, they have been stocked extensively in Lake Murray with a riverine strain which do not grow as large as reservoir strain. Lake Murray smallies may not generally grow big, but what they lack in size, they more than make up for in numbers. Falling a bit short of reaching our limit, however, the Fishing Club anglers reeled in plenty of good eating for everyone. In addition to the smallies, we caught crappie, white bass, and one largemouth bass.

The Fishing Club overnighted in the floating cabins offered at Lake Murray. The lodgers enjoyed panoramic waterfront views from our own front doors—a great opportunity to watch waterfowl and wildlife. What a way to top off our day—relaxing directly on the pristine waters of Lake Murray, while watching the sunrise and sunset from our own deck.

Lake Murray State Park, boasting its crystal-clear blue waters, is one of the state’s most popular spots for fishing and boating—perfect for that quick fishing trip—perfect for the RR Fishing Club.

Interested in dropping a line? Plans are always in the works for fishing destinations to Lake Texoma (striper, catfish, and bass), Lake Ray Roberts (crappie and bass), and Lake Tawakoni (catfish) among others. The RR Fishing Club meets the second Wednesday of each month at the Wildhorse Grill Boardroom, at 5 p.m. For any inquiries, comments, or suggestions, contact [email protected] or Scott Baker at 214-334-7664.