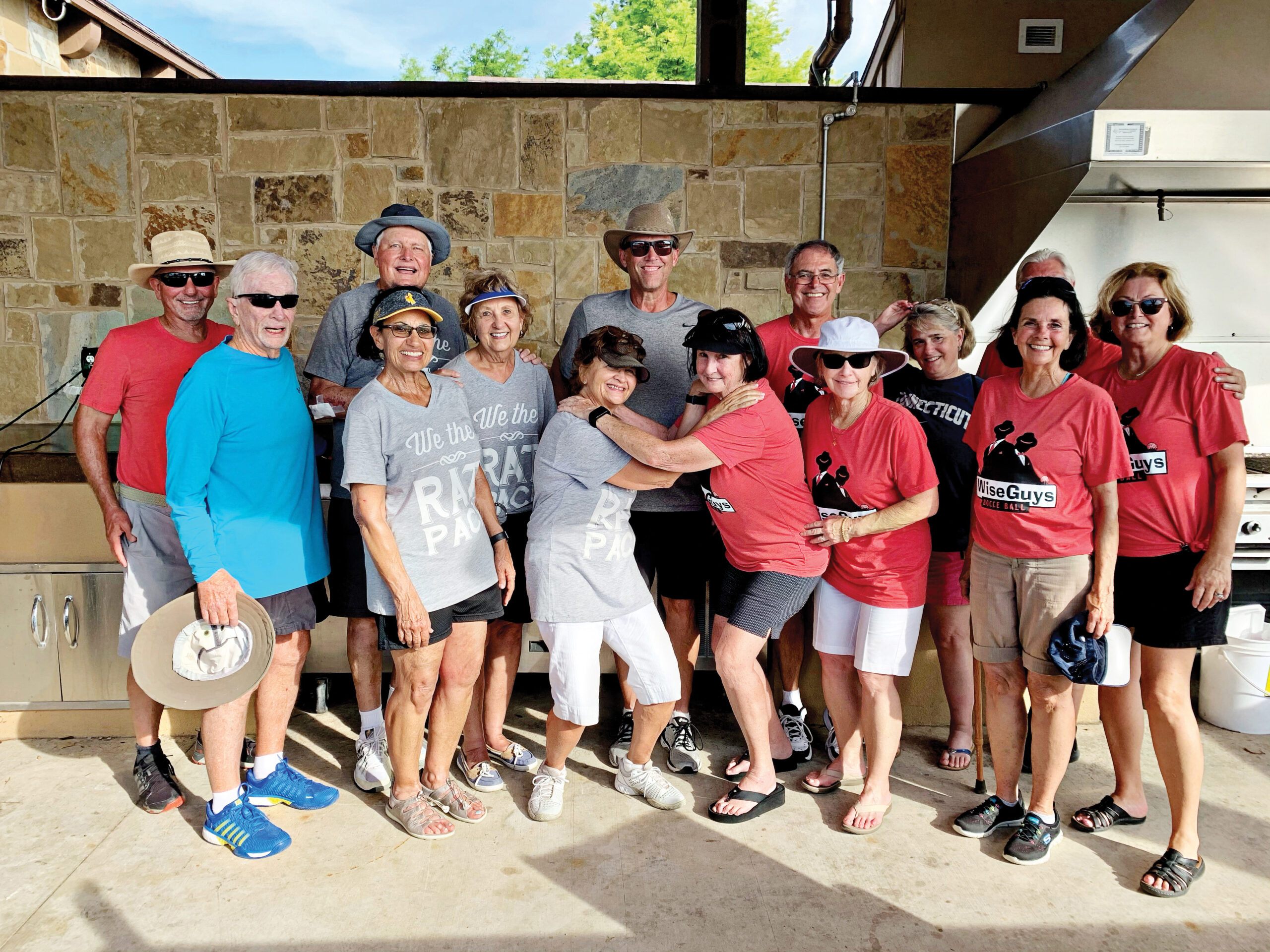 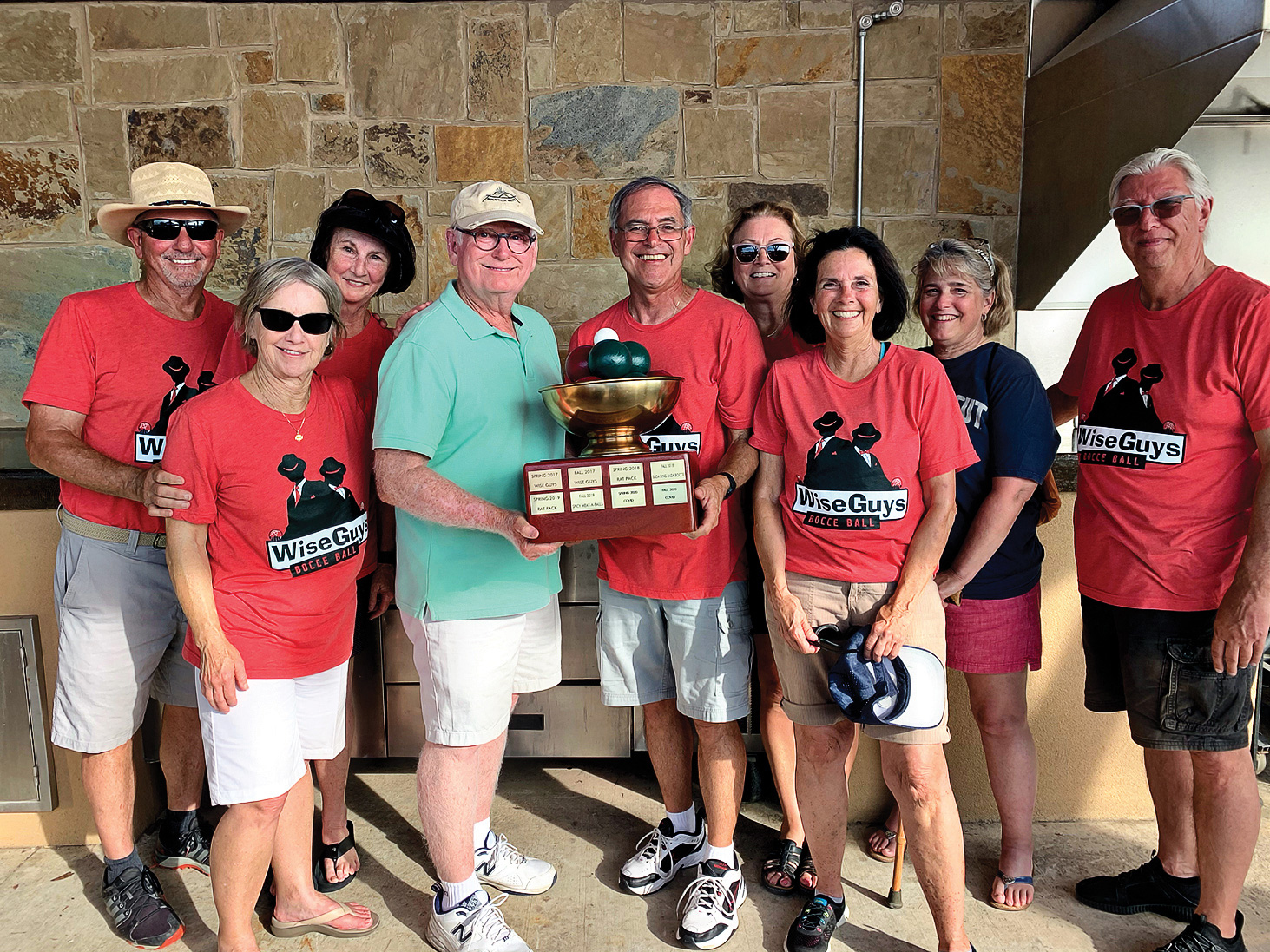 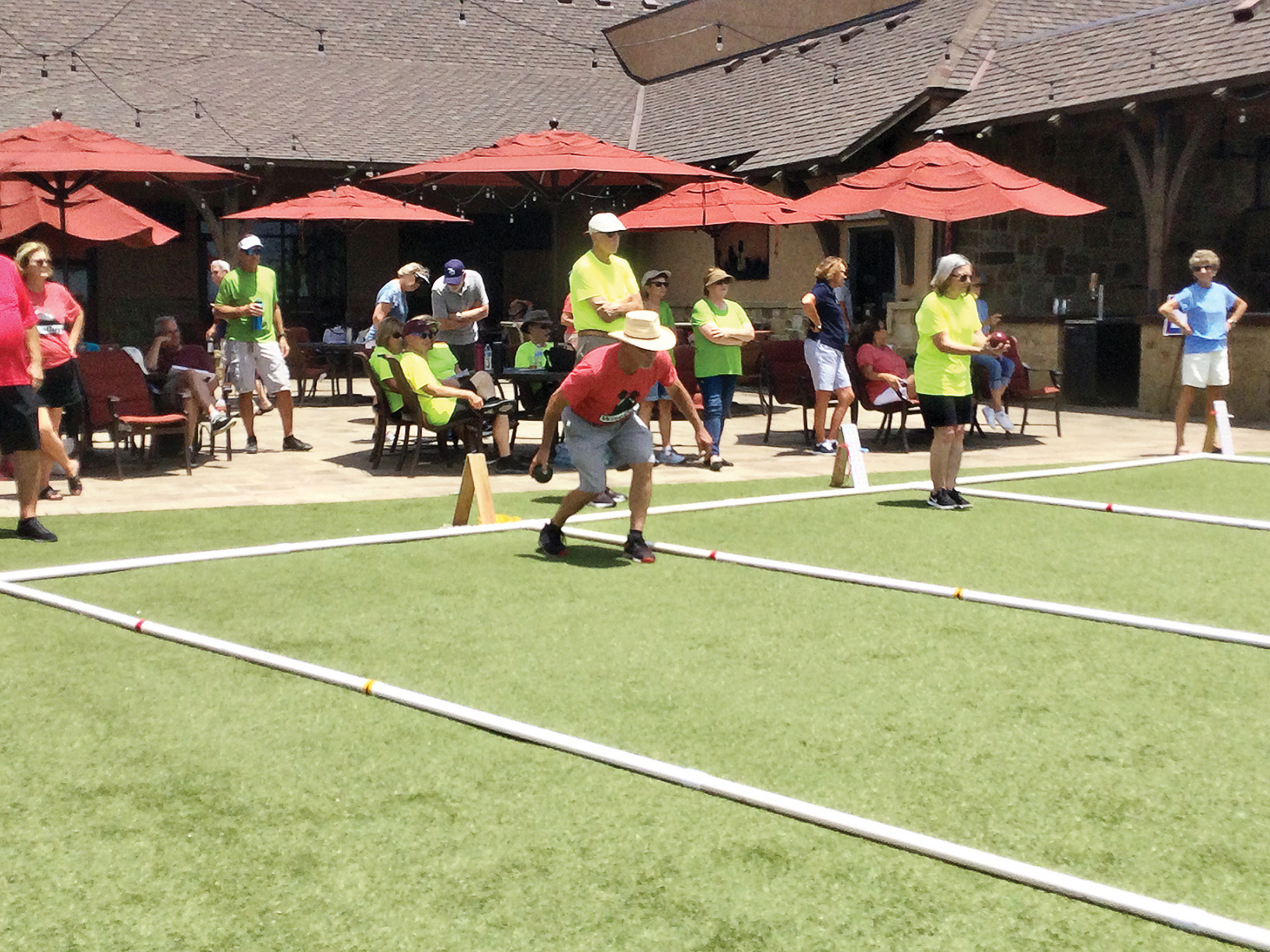 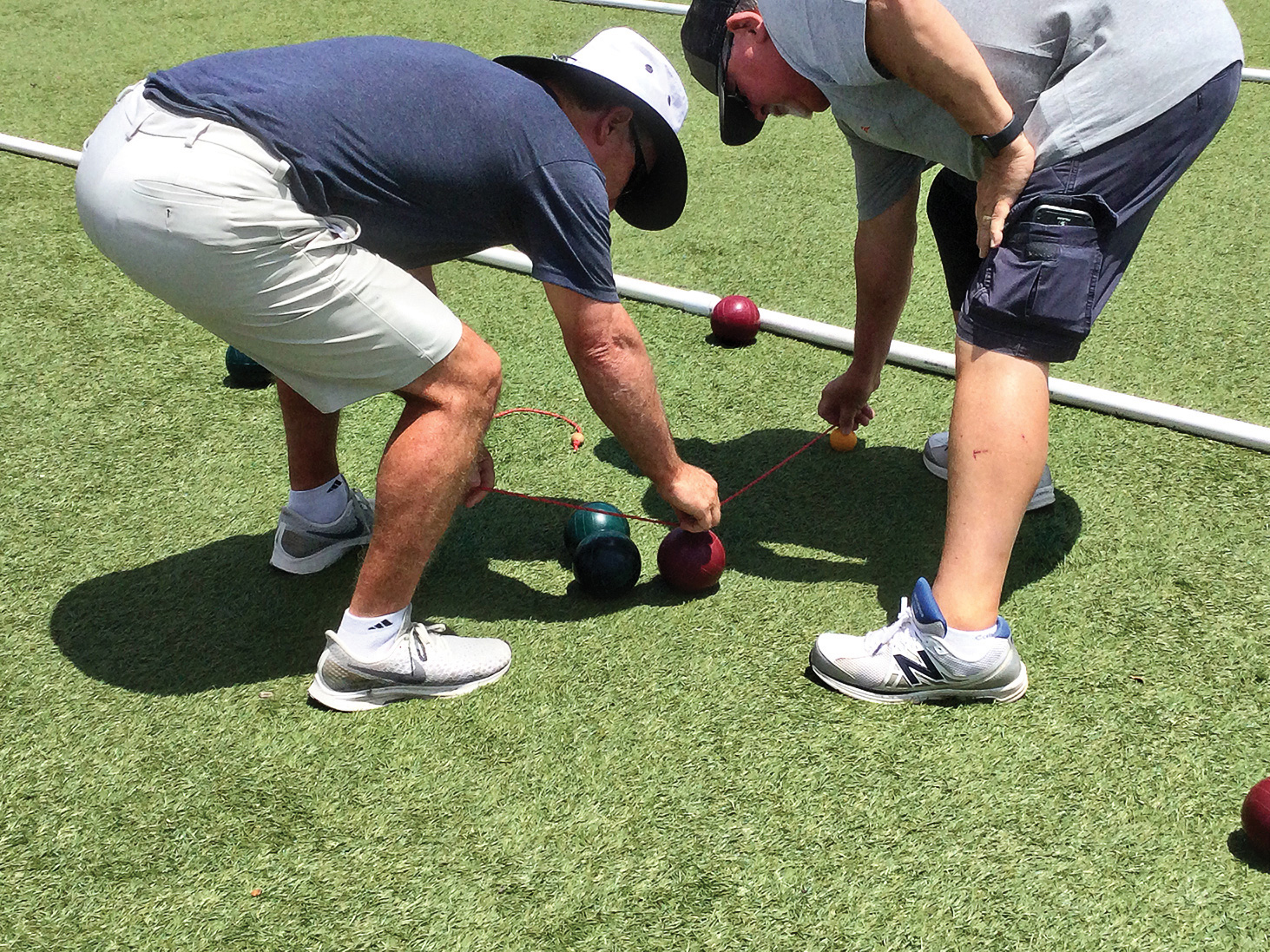 Shrugging off the effects of COVID-19, the 1,000+ member Robson Ranch Denton Bocce Club held its spring 2021 divisional and league championship tournaments. Facing a typically ominous Texas weather forecast, we somehow managed to play all four days of divisionals on their scheduled days.

Sixty-four teams from its eight divisions earned their way into the divisional tournament by virtue of their regular-season records, which also determined seedings. Two divisions competed on each of four days. The sixteen teams making it through divisionals advanced to the league championship.

The Texas weatherman wasn’t so kind for the league championship tournament. It required a seven-hour, rain-free window to complete. After two days of rain, the skies cleared and the matches were played in that gorgeous Texas sunshine.

Even when lubricated by adult beverages, the league championship tournament is a four-match trial of skill and endurance. When the dust cleared, perennial quality teams, Rat Pack and Wise Guys, reprised their 2019 finals match. Again, the Wise Guys emerged as league champions. The winning team was awarded the Bocce Club’s trophy, the “Bocce Bowl.” The team will have possession of the trophy until a winner is declared for the Club’s inaugural summer season. At that time, possession of the trophy will pass to the new champion.

The club used three temporary grass courts during the regular season to allow social distancing. Once Texas lifted restrictions, we were able to return to our original PVC-framed courts for the playoffs. We are still hoping that we will soon be playing on a beautiful new permanent facility.