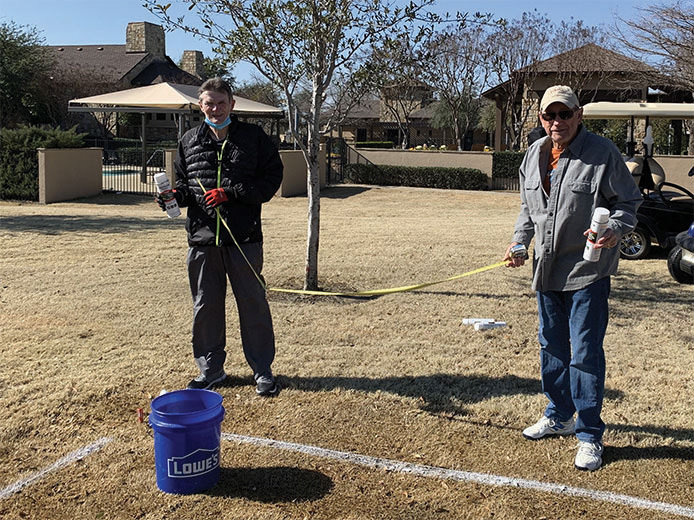 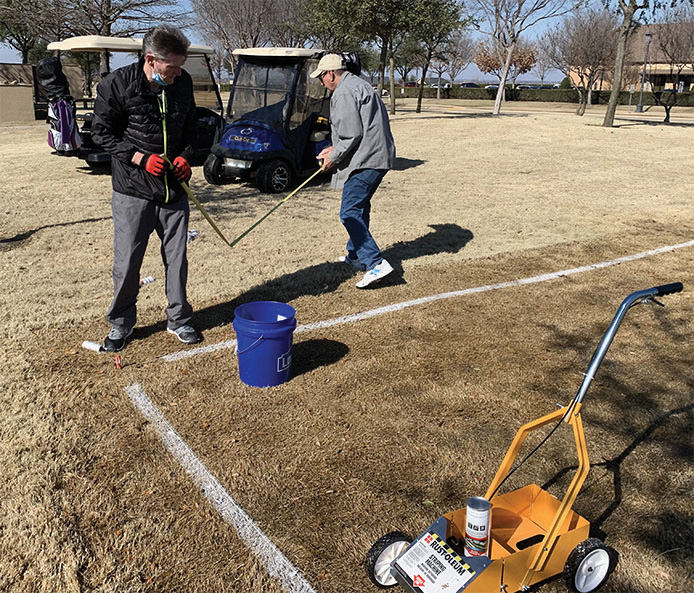 Everyone is hoping that the new year will bring back the Robson Bocce League stronger than ever. Last year was a total loss for league play due, of course, to the COVID pandemic. Like many of the clubs and organizations here at the Ranch, bocce was forced to suspend activities. The board has spent the off-year working to create plans for the safest way to play. Although bocce is played outdoors, the board has opted to implement several new guidelines to conduct games. The first major change is to allow extra spacing between courts. Only two courts will be set up next to the grill’s patio, instead of our traditional four PVC pipe courts. There are three new courts that have been cut into the grass, near the gym pool area, and striped appropriately. One of these temporary courts is across from the library, a second along Ed Robson Blvd, and the third in front of the indoor pool windows. With these additional courts, the 10 team divisions will be able to play a full nine-week season without having bye weeks. Additionally, team members will be required to wear masks, use hand sanitizer stations, and maintain the social distancing guides.

Despite the lack of actual organized team play in 2020, the popularity of bocce continues to grow! The league has expanded once again and now stands at 80 teams with eight divisions. Membership should soon reach nearly 1,000 of our homeowners. Permanent courts, like at other Robson developments, are becoming almost a necessity. The bocce board continues to express our needs with ongoing dialog between our organization and corporate, in Arizona.

As in the past, if you are not currently part of Robson’s largest organized activity and would like to enjoy the excitement of our spring 2021 season, please contact Frank Cianci at [email protected]