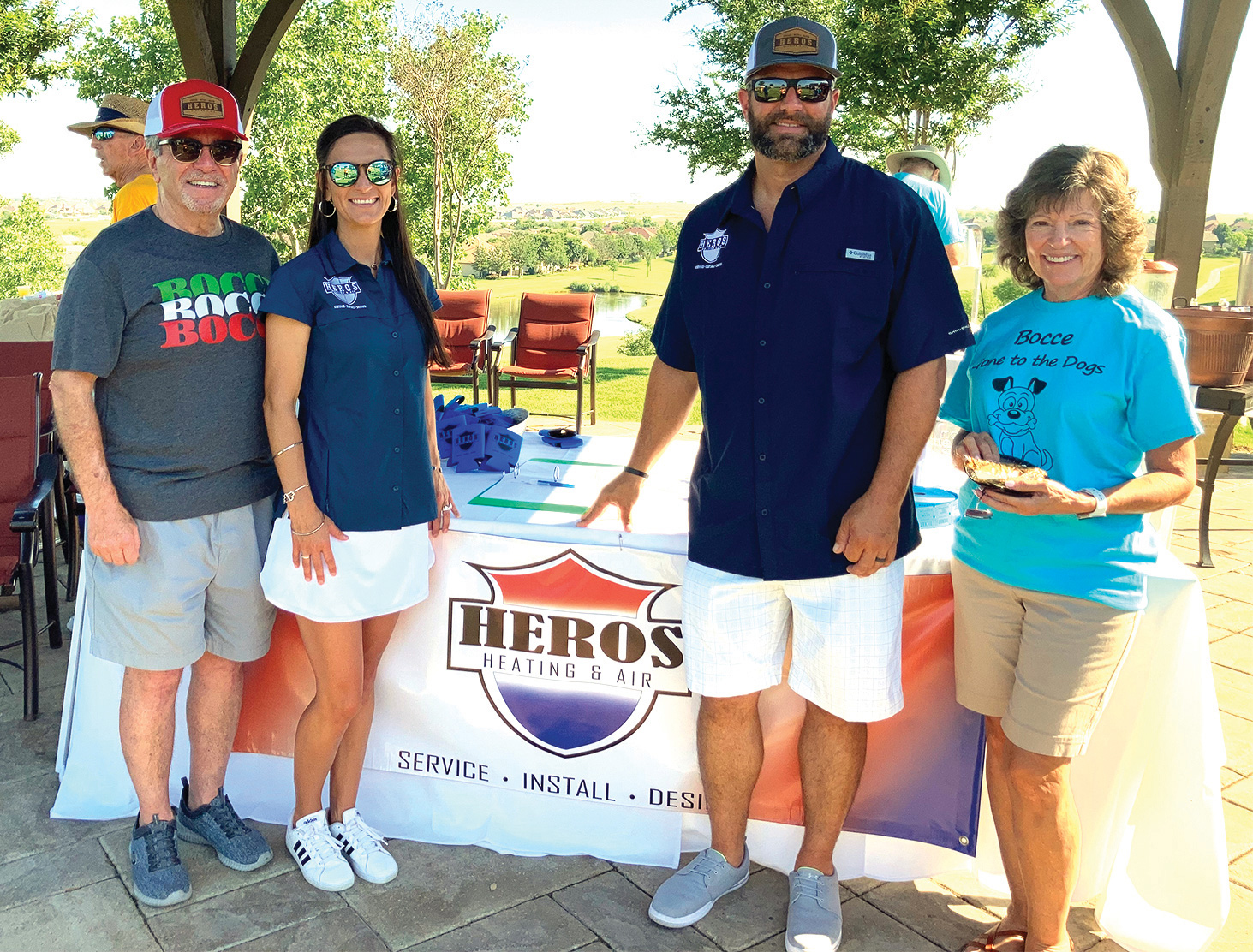 The Robson Ranch Denton Bocce Club began its inaugural summer season in June. Helping to meet the growing demand for playing time, the club created two summer divisions of 20 teams. Matches are being played at 8:30 a.m. to beat the Texas summer heat. The season will last eight weeks, followed by playoffs. This new summer season means that our members now have the option of playing in any, or all, of our three seasons. The available playing time now spans 48 weeks per year. Fall season is tentatively scheduled to begin in late August. Fall matches will be scheduled over a 10-week period. A week of playoffs will follow.

For the first week of summer season, players enjoyed breakfast at bocce. They were treated to free breakfast tacos and mimosas, compliments of sponsors Krystal and Justin Schulz (Hero’s Heating and Air). A great week was made even better with the news out of Robson corporate that our request for a permanent bocce facility was approved! Sometime in the foreseeable future, we’ll be playing on beautiful new state-of-the-art courts. We cannot begin to express the excitement and gratitude that is sweeping through our community.