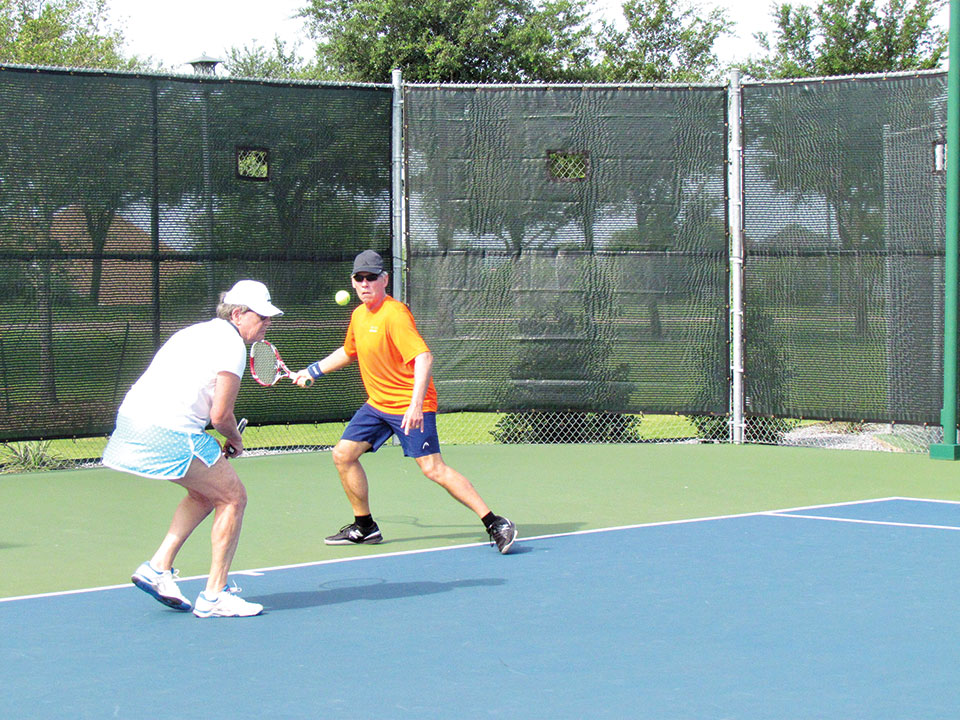 Wimbledon at the Ranch 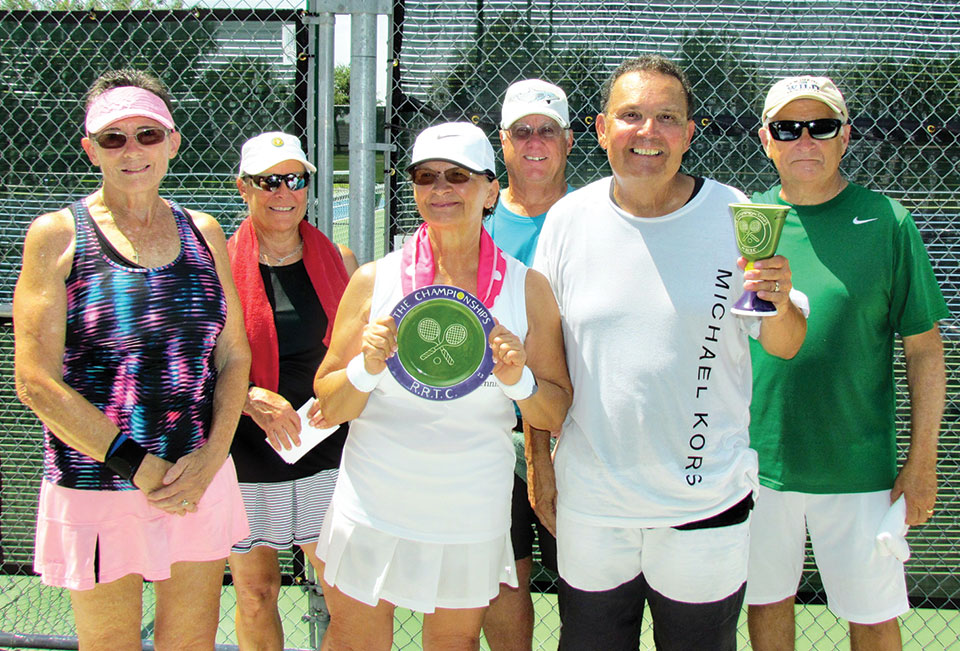 The winners at RR Wimbledon

After being rained out the first weekend, we persisted by having Breakfast at RR Wimbledon on Saturday, July 8. It was a bit hot (over 90) and humid (80%), but hey, this is Texas and it’s summer! What did you expect? It was a fun time for all in the midst of typical Texas summer weather.

The round robin play with 28 players was handily won for the men’s side by Steve Simecek closely followed by Andy Apiecionek. The ladies had to break a three-way tie between Renee Kowalski, Ellen Gilmore and Lynne Hyatt by having a lob off contest, which Renee won for the deepest lob. She was closely followed by Ellen with an excellent lob that got her “in the money” too. Lynne received a lot of style points, but only got a sweaty hug for coming in third.

All the participants also had a fiercely contested volleying match with prizes for the best volleyers among both the men and the ladies. Eddie Salvo won the men’s and Patrice Forsyth won the ladies’, both returning 10 out of 10 shots into the “in bounds” area! Wow! The rest of us have to work harder with the ball machine!

Congratulations to our winners. Thanks to all who came out to play or to heckle. They all had plenty of opportunities!

And a special thanks to Mary Anne Knolle, Sue Ehinger and Lynne Hyatt for supporting the players and their cheering sections in traditional Wimbledon fashion with strawberries and cream and ice cold lemonade. These are fun events for everyone.

The next event will be the multi-week Robson Senior Olympics in August-September followed by the Oktoberfest mixer on October 7 and the Pizza on the Patio mixer on November 4. Mark your calendars now for those afternoon mixers!