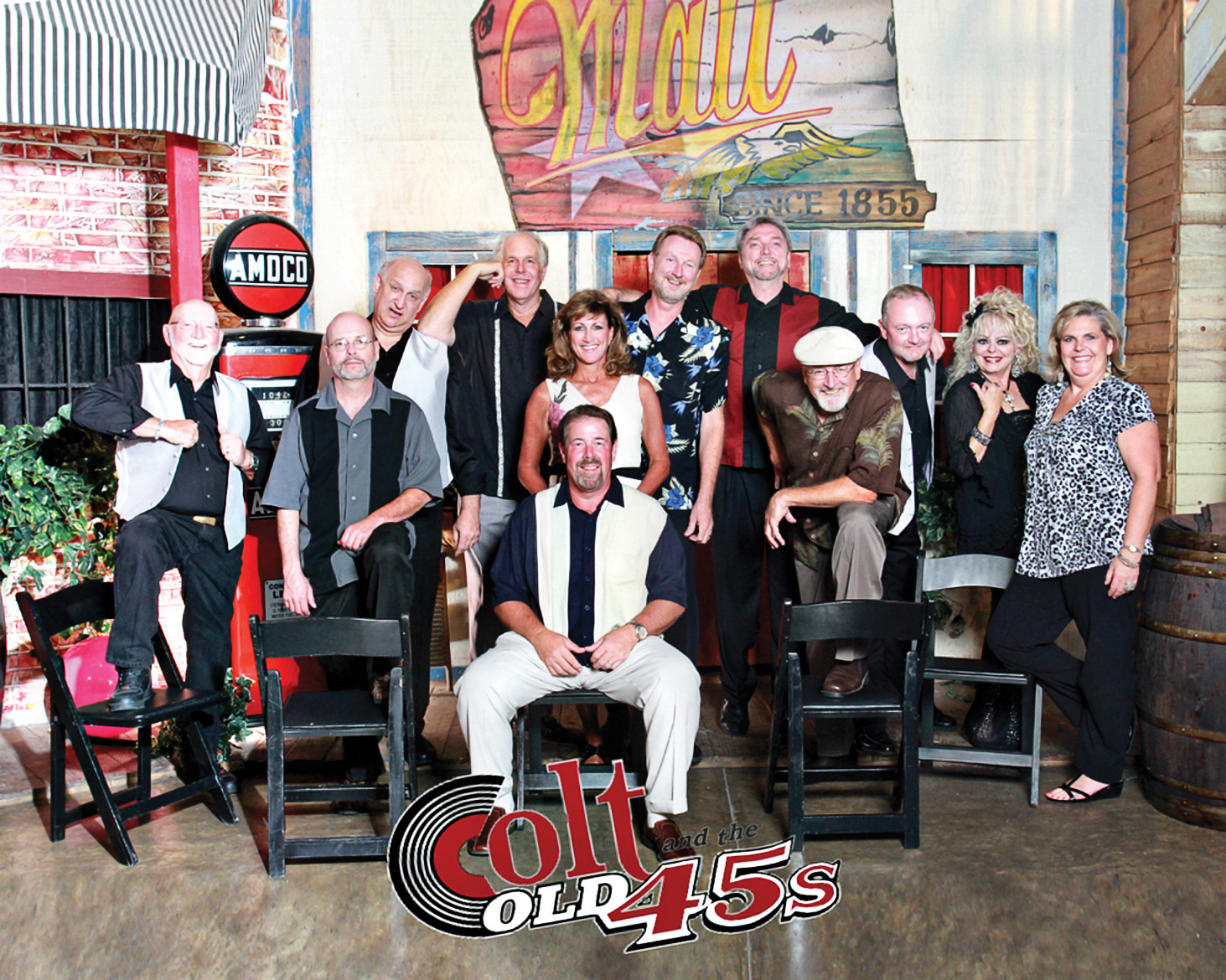 Initially, this group was a three-member band in 2007, Colt and the Old 45s quickly grew to an 11-member band in less than 12 months. Impressing and entertaining audiences with their rock-n-roll covers from the late 50s, 60s, and early 70s, as well as some of their own well received original compositions, Colt and the Old 45s is comprised of as talented an ensemble of musicians and singers as you will ever see and hear.

With a playlist that spans 25 years of the most recognizable music, you will hear songs from such original artists as Roy Orbison, Del Shannon, the Righteous Brothers, The Four Seasons, Tina Turner, Lou Christie, Chicago, Jerry Lee Lewis, and more—songs that will certainly rekindle memories for those who grew up listening to them, and for those younger concert goers, songs that promise to be those they will recognize and enjoy as well.

“One thing I think I know something about is passion. There’s really no substitute for it. And if you do something publicly, it’s like air. You can’t survive without it. That’s what I thought about the first time I saw Colt and the Old 45s. They’re terrific musicians. They’re smooth and skilled. Every cover is played like they wrote it. But what really grabs you is the passion. These folks love what they’re doing, and they’re having fun. It’s impossible to watch and hear them and not have fun too. Sign me up.”—Brad Sham, Dallas Cowboys Radio/Voice of the Dallas Cowboys – Radio Play-By-Play, Member Texas Radio Hall of Fame

You can purchase your tickets at the Activities Director’s desk Monday through Thursday, 9 a.m. to 3 p.m., starting June 21.