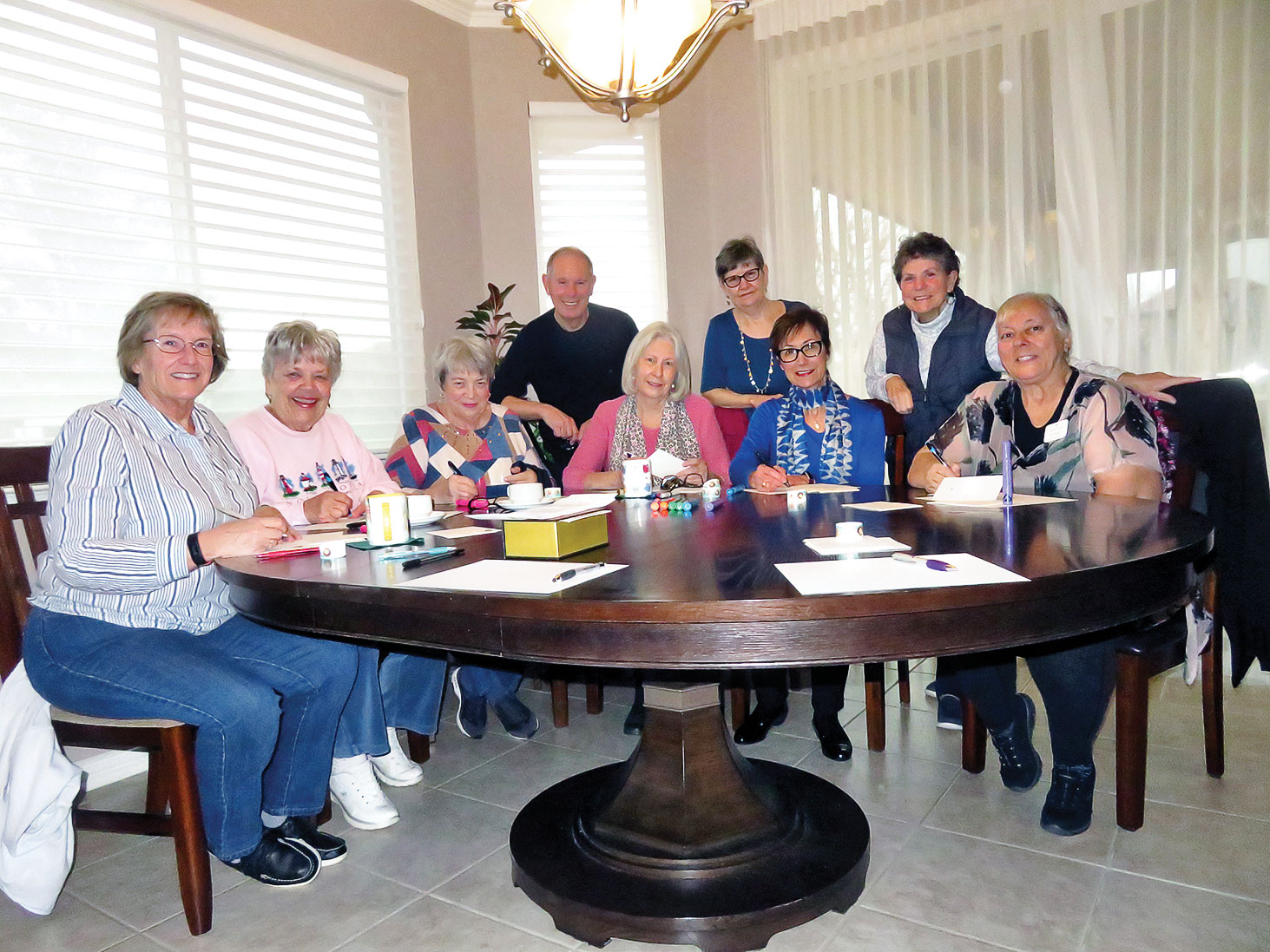 On a recent gray Monday morning, members of the Robson Ranch Democratic Club gathered together. Every available chair had been pulled up to the dining room table. Pens were brandished and the morning’s work began; handwriting postcards to elected officials expressing their concerns about current national issues.

“But postcards?” you might ask. The practice of handwriting notes actually goes way back into our history and was not necessarily directed at any particular political party. Since the Friends Committee on National Legislation was formed by Quakers during the Second World War, people have been encouraged to write to members of Congress to help them understand the concerns of their constituents, regardless of political affiliation.

But in our age of lightning-fast digital communications, what has prompted the return to this old medium? Perhaps the sheer volume of emails, tweets and online petitions has resulted in their loss of effectiveness. Congressional offices employ a hierarchy to deal with the incoming deluge of communications. Software can sort out the thousands of identical pieces from online petitions and form letters, while individual correspondence is personally handled by staff members. Politicians explain that, yeah, sure, they’ll see 50,000 people signing a petition, but that definitely doesn’t negate the significant power of a handwritten note.

In fact, it’s been found that postcard writing works to improve interactions between members of Congress and their constituents. And knowing that their concerns will get through to their elected officials keeps the postcard group motivated – that very old-fashioned and quaint act of writing someone is tangible evidence of citizens’ concerns.

Though surveys show that many believe writing postcards is a futile, one-way street, members of Congress need feedback to do their work effectively. It’s their job to know the details of the legislation. It’s our job to explain how it’s connected to our values and our community. The Democratic Club postcard writers are not sitting on the sidelines just letting whatever happens, happen; they’re taking action!

The Democratic Club advocates for a strong democratic presence at Robson Ranch by involving the community, supporting progressive candidates and educating voters. The club hosts a variety of speakers and community leaders at its monthly meetings to better inform and educate us as voters on issues affecting our community, state and country. Come join us on the fourth Thursday of each month at 7:00 p.m. in the clubhouse. For more information, contact [email protected]