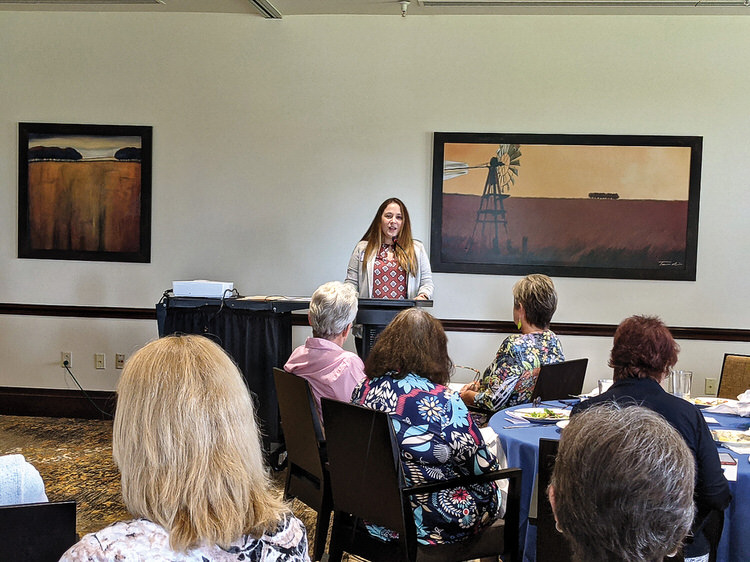 Sgt. Howell has been with the Denton Police Department (PD) since 2006. She holds a Master Peace Officer License and is currently pursuing a Master’s degree in Victim Service Management. She’s received many awards for her work, including the Rotary Vocational Service Excellence Award and the Denton PD 2018 Special Assignment Officer of the Year Award.

Sgt. Howell told us that Chief Dixon is a very progressive person, always looking across the country to improve services for our community. Last summer he formed the Mental Health Division, composed of five social workers and six police officers. They serve as first responders to mental health crises, with the goal of de-escalating situations so that they do not become tragedies. Sgt. Howell oversees the division’s construction. She also supervises the department’s Homeless Outreach Team (HOT) and oversees the CIRT.

When Sgt. Howell was given the responsibility for HOT, she did some online research and discovered mental health learning sites. These sites provide a resource for tailoring strategies and response models to address cities’ own distinct needs. She also discovered the Houston Police Department’s learning site for mental health. She and two colleagues visited Houston and gained valuable insight from police there on working with homeless people and people with mental illnesses. After her report on that visit, Chief Dixon asked her to start the Mental Health Division.

Sgt. Howell understands that mentally ill people need help. She knows that a great number of people with mental health issues end up in jail, and explains that they should not be there. Under the new Denton PD programs, there is an alternative—being taken to a local behavioral health facility, such as the Denton County MHMR Center, University Behavioral Health Hospitals, and Mayhill Hospital. CIRT operates as a part of the police department’s Mental Health Division to reduce the number of arrests of people with mental illness and increase access to treatment. CIRT consists of four pairs, each comprising a police officer and a licensed mental health clinician, who can either respond directly to a mental health incident or be called out to an incident if patrol officers deem it necessary.

HOT has two full-time officers who look out for encampments of the homeless population. Their goal is not enforcement, but rather to provide help. The team partners with Giving HOPE, a local nonprofit, to connect people living unsheltered to housing, mental health, and substance use treatment, and other resources.

On July 17, VU members celebrated Festivus, which featured a White Elephant Auction. Members had fun outbidding each other for unseen items cleverly described. Funds raised will be used for future VU activities.

Voices United is a 501(c)(3) organization open to all residents of Robson Ranch. Visit www.voicesunitedrr.org for more information about this Robson Women’s Club.