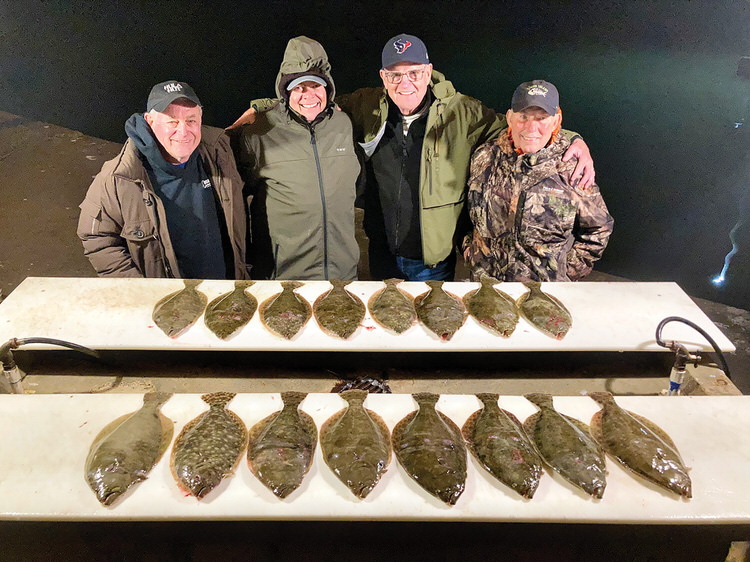 You want the gills; we got the skills! 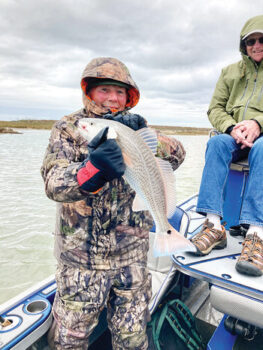 Happiness is a big fish (and a witness).

Rockport is a well-kept secret in the larger world of fishing, but the Robson Ranch Fishing Club knows this area well for its incredible fishing year round. It’s especially nice, because it lacks the large crowds found in more popular launches, and it sits right in the middle of the best redfish (drum) habitat on the Texas Gulf Coast. Throw in the black drum and flounder populations, and you’ve got a fishing grand slam.

The club made its annual trek to these intercoastal waterways in mid-January. Over a course of three days, the 13 anglers traversed the Laguna Madre in search of the mild, sweet-flavored drum. Not only good eating, it’s a smart, athletic, and incredible sportfish. Once setting our hook, we fought a big, powerful species in shallow water with grass, vegetation, and other obstacles. There was plenty to brag about, even if we reeled in just a bit shy of the limit. And the thing we all ended up haggling over—“What was the biggest catch?” The largest drum measured 26 inches in length, weighing 7 pounds!

The excitement began at night when the flounder feed in the shallow waters along the banks and reefs. Flounder “bury” themselves on the bottom of these shallow flats, waiting for their meal to unsuspectingly swim over them or be carried past by the tidal currents.

Our boats quietly drifted into a sandy area where the water was clear and shallow. Because flounder ambush their prey, they don’t swim away when a boat approaches. An arsenal of lights above and below the water illuminated the contours of the bottom and located the flounder that were lightly covered with sand for camouflage. Once their shape was spotted, we made the strike with a five-prong gig pole. Oh, what a night—catching our limit of 80 fish, the largest measuring 20 inches and weighing over 2 pounds!

The ecosystem of the Texas Gulf Coast was a rare wonder, and the wildlife-watching alone was worth the visit. Throw in the abundant fish swimming through shallow waters, and we had some serious fun. Never ones to turn down an opportunity to cast a line, plans are in the works for the next fishing destinations, including Table Rock Lake (bass), Lake Texoma (striper and bass), Lake Murray (crappie and bass), and Caddo Lake (crappie and bass).

Interested in dropping a line? The RR Fishing Club meets the second Wednesday of each month at the Wildhorse Grill Boardroom at 4 p.m. For any inquiries, comments, or suggestions, contact [email protected], or Scott Baker at 214-334-7664.