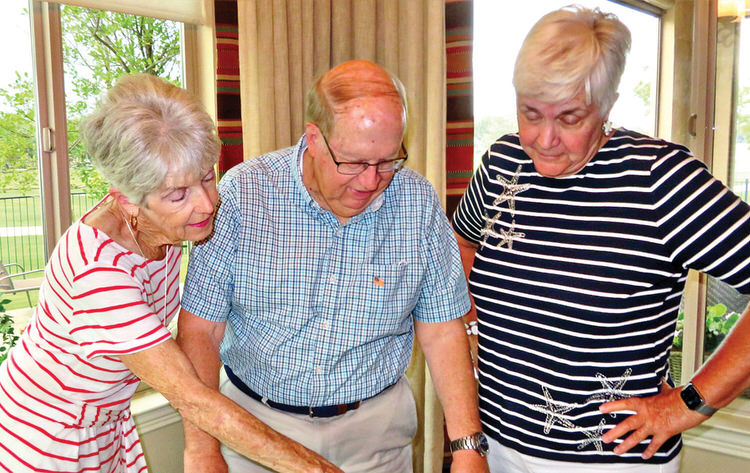 In July we inducted the board members for the new year and they’re off and running. They have been busy preparing for the book discussion on Emma, that was held in August, and dispersing funds to fill some long-standing needs for the library.

Let’s find out a little about each one of our new board members and the duties they will fulfill in the coming year.

Assisting Marsha, in the role of Vice Chair, is Jane Scholz. (Same pronunciation, different spelling, no relation. No nepotism here.) One of her main roles is to oversee the committee that develops the book discussions that the FOL presents several times each year. The committee of six works together to determine titles from various genres such as classic fiction, nonfiction, history, and mystery, to provide a well-rounded experience for those attending. The committee also finds speakers to lead the discussions. Her series starts with a discussion of Still Life by Louise Penny in October. She will also use this year to prepare to assume the role of Chair next year.

Jim Ryerson continues as treasurer for his second and final year. His main task is collecting dues and donations and keeping FOL solvent. Jim also does all of the financial paperwork to maintain our status as a 501(c)(3).

As Secretary, Debbie Blackburn is new to the board. She serves the important role of keeping minutes and other notes. Keeping track of meetings as well as keeping our membership rolls organized is a job at which she is proving to be very proficient.

On a final note, we would like to thank all those who attended the book discussion on Emma in August. A special thanks goes to Elaine Kushmaul and Lewis Toland for leading the discussion and to the new members who joined us. It was especially nice having such an enjoyable group gather at the Grill to continue the discussion.