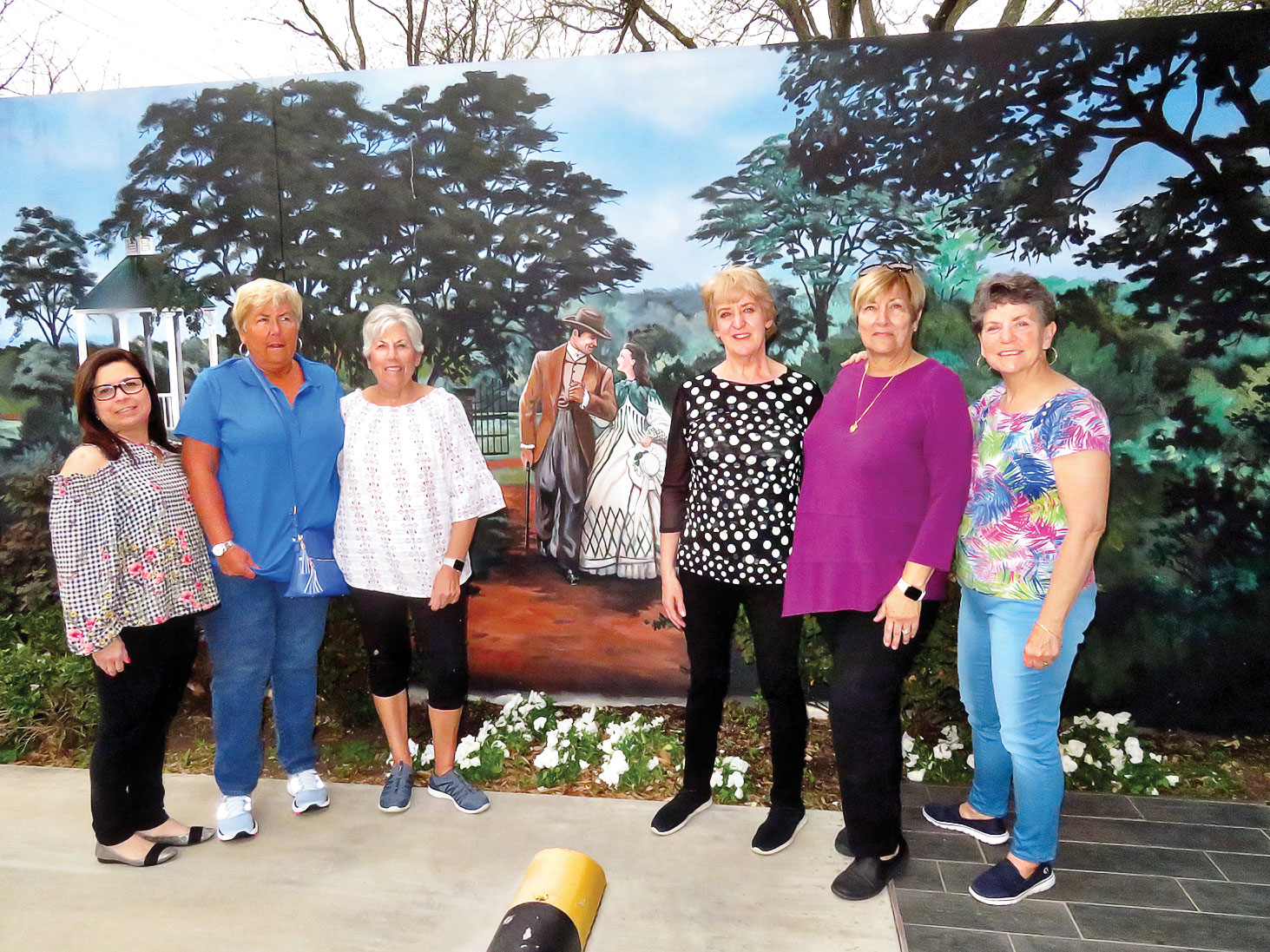 Girls on Wheels visiting the past at Gone with the Wind Remembered Museum.

“Frankly, my dear, I don’t give a…” Well, you know how it goes. It’s one of the most recognizable quotes from one of the most epic movies of all time, Gone with the Wind. Celebrating the film’s 80th anniversary, Girls on Wheels visited Cleburne’s Gone with the Wind Remembered Museum showcasing the story of a young girl growing into a woman, race, war and the deep South during a particularly tumultuous period in our history.

For three decades, Vicky Rogers, museum owner and curator, hunted all things Gone with the Wind. From auctions, garage sales, flea markets, ebay and fellow collectors, she has amassed a 6,000-piece collection which brings to life her passion for both the book and film.

Our journey back in time began outside the building where three large murals show the burning of Atlanta, Tara after the Civil War, and various characters from the movie. The entrance to the museum is a replica of Tara’s front door. Inside, we were surrounded by floor-to-ceiling exhibits embracing the classic love story of Scarlett O’Hara and Rhett Butler played by Vivien Leigh and Clark Gable in the 1939 movie.

Among the highlights are a rare signed first printing of the novel authored by Margaret Mitchell, original costumes from the movie, programs from the film’s 1939 premiere in Atlanta, products licensed for sale after the film was released including over 650 dolls, board games, music boxes, jewelry, perfumes, cookie jars and other items too numerous to list. Her most prized possession is the ornate armchair O’Hara stood near when those infamous words were uttered by Rhett Butler.

Besides Gone with the Wind artifacts, the museum showcases Civil War memorabilia, including a rare signature from Confederate General Pat Cleburne and documents signed by Jefferson Davis and Abraham Lincoln.

The museum exposed the era of Gone with the Wind as a complicated and conflicting time. We can and should debate the story and the many life’s lessons to be learned. We were struck by one…don’t undervalue your girlfriends. Scarlett had few friends because of her jealousy, annoyance and resentment towards others. She understood too late the importance of true friends…friends like Girls on Wheels who can count on each other in good times and bad.