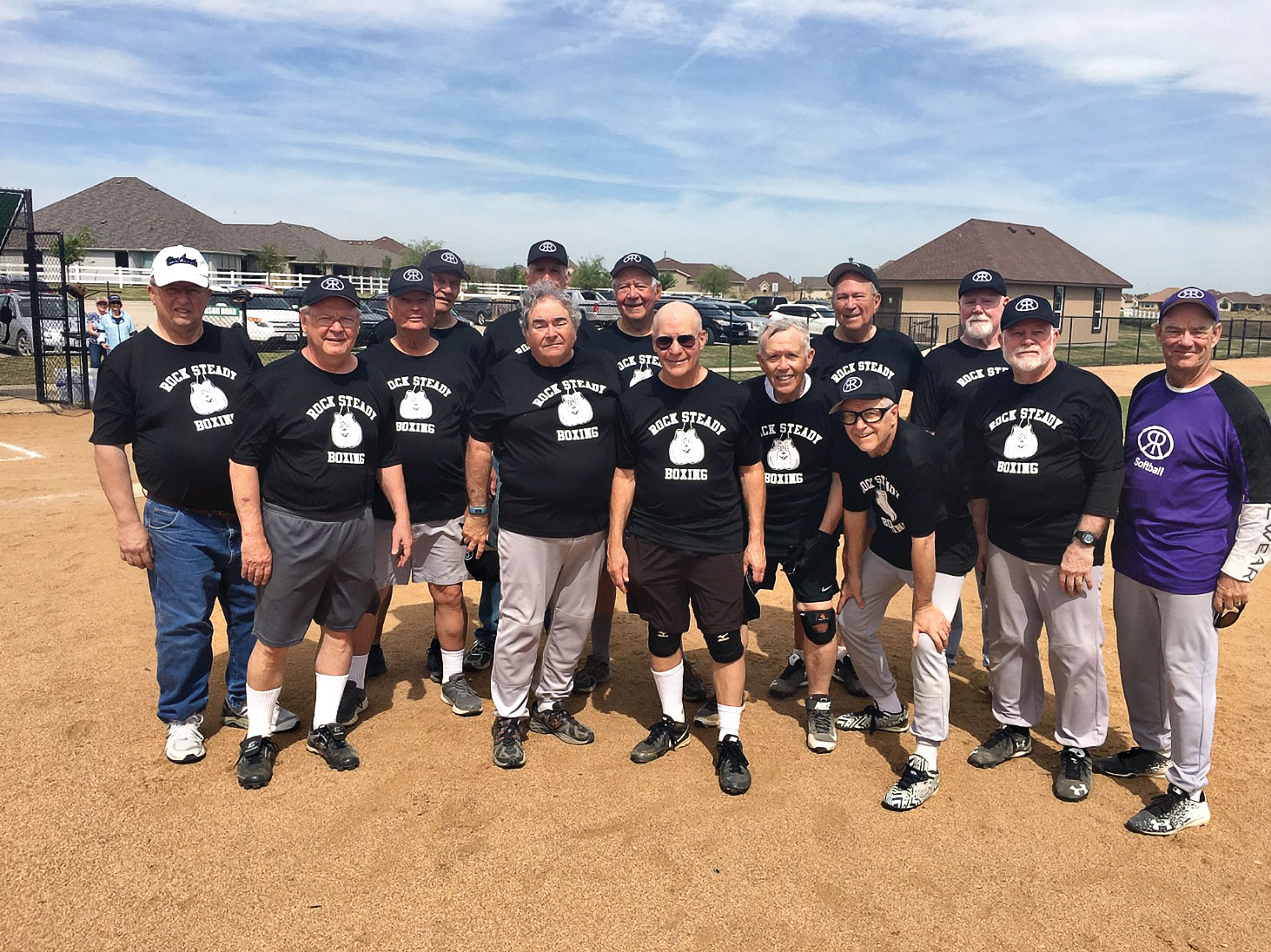 April marked the beginning of the Spring Softball Season at Robson Ranch. Six teams in our Co-ed League, three teams in our new Seniors League, and two teams in our new Women’s League are off and running. There are 126 Robson Ranch residents playing softball this spring, an increase of 30% over last year. Attendance at all the games is far exceeding last year’s level.

The Robson Ranch residents came out in large numbers to witness the opening games in all three leagues. Each opening game had a special guest throwing out the ceremonial first pitch following the singing of our National Anthem. These guests included Rhett Hubbard, Assistant General Manager of Robson Ranch Denton, assisted by his grandsons Remington and Boston; Larry Noll, principal of Rock Steady Boxing; Janet Rose Laffey and James Daniel Laffey, grandchildren of RR softballer, Greg Laffey. They all threw strikes to the delight of the crowd.

Come out and watch our new Seniors League play at 10:00 a.m. every Wednesday morning. Not only do they smile for photographers, they actually are smiling when playing. It is awesome to see them playing this great game again!