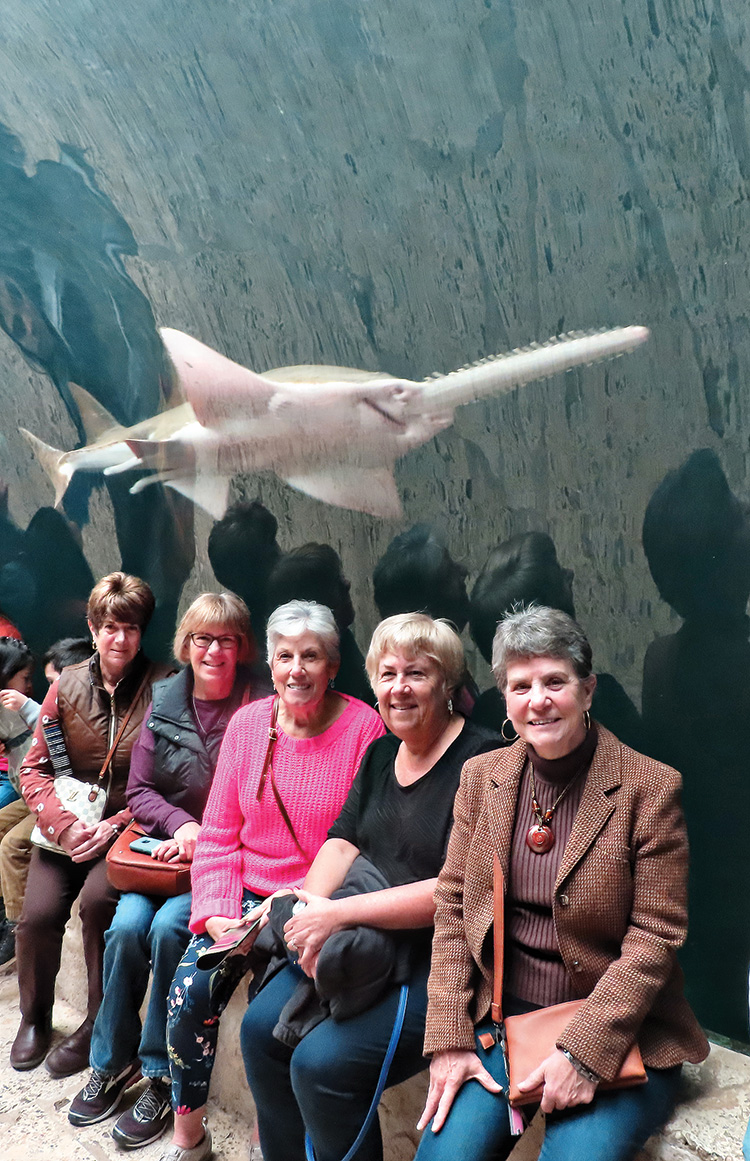 Girls on Wheels are never “koi” at Dallas World Aquarium.

It’s crazy to think that more than 95% of the “underwater world” remains unexplored. Not being certified for deep water scuba diving, it would be hard to see some of the beautiful creatures otherwise. Luckily, Girls on Wheels had the opportunity to peek at life under the sea at the Dallas World Aquarium discovering the aquatic life that makes our freshwaters and saltwaters so vibrant.

As soon as we walked through the front doors, it became apparent this was more than just a first-class aquatic experience. We ventured into a complete ecosystem showcasing species from five continents, three oceans, 14 countries, and multiple seas and rivers.

We were immediately greeted by a three-story indoor waterfall introducing us to the layout of the aquarium, taking us from the mountains to the sea with stops along the way to visit hundreds of animals. We would meet the slithery, the scaly, and the spectacularly showy.

Our adventure began at the top of the rainforest exhibit, where exotic birds were free-flying. Lounging around were three-toed sloths and howler monkeys. Black-necked swans swam with manatees. Endangered animals, such as Orinoco crocodiles and giant river otters, were part of the many conservation projects on display.

About the time we wondered if there were any fish in this aquarium, we arrived at the actual aquarium level displaying fascinating marine life. Perhaps “aquarium” wasn’t the right word to describe this attraction. Of course, there were fish, stingrays, eels, and octopuses, but we also found other aquatic creatures occupying the facility’s expansive tanks – crustaceans, jellyfish, sea-dragons, sharks, and sawfish. And to add further delight, there were penguins swimming in the outdoor exhibit.

We explored habitat by habitat from the ocean’s edge to the open sea and met all the spectacular and awe-inspiring creatures that came alive here. We happily lost ourselves among this collection of rare rainforest species and mysterious marine life, sometimes feeling as if we had stepped into another world.

After immersing ourselves among the flashy fishes, colorful crustaceans, chirping birds, and camouflaged reptiles, it was time for lunch. And what better place to indulge than at Hook Line and Sinker restaurant for the best fried catfish, live crawfish, and fresh boiled seafood around.

The aquarium had a truly incredible collection of marine life. Quite unexpectedly, Girls on Wheels realized we shared something in common with these amazing and diverse creatures. Our bunch, too, in our own way, is quite unique and just a bit eclectic.