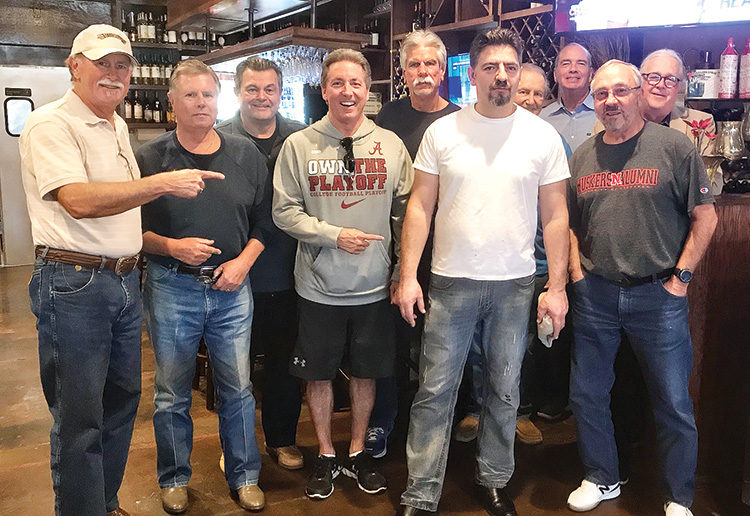 Grand Goumba Bob Tastle called an early meeting in January for the Robson Ranch Goumbas. Because of the holidays, it was the first meeting in several months. Bob called the meeting to order at the world famous PortoFino’s in Krum. The Godfather of PortoFino’s, Alfredo, welcomed the group for the monthly meeting. After new and old business was conducted, a new member ceremony was conducted for Keith Daly who joined the group. After an Italian feast, the group returned to Robson to enjoy the remainder of a beautiful sunny day..