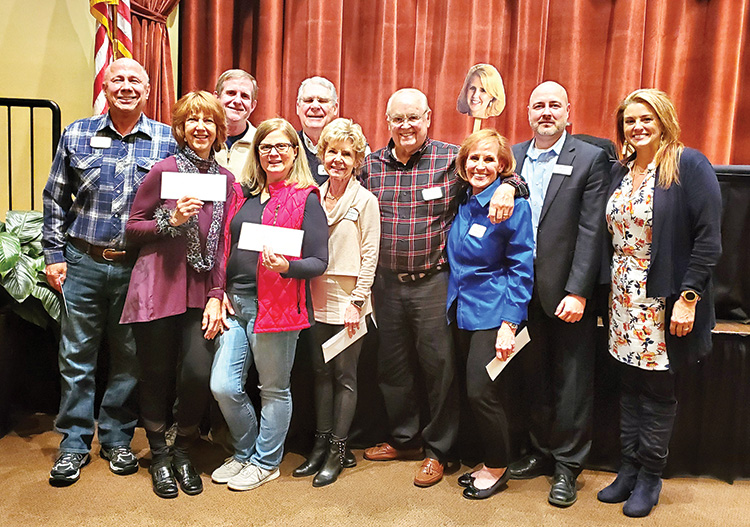 The February Trivia night was the first of the year and was a great success! We sold out on the first day, and hope to keep up the fun spirits for the remaining 2020 Trivia Nights. Sandy Gilster from Haven Behavioral of Frisco was the evening’s sponsor. Although she could not make it, she had her colleagues Stacey Brown from Freedom Hospice Care and Lou DePreta from Windhaven Senior Living bring door prizes and snacks for the players! They did an excellent job being the MC and keeping time.

There were 25 playing teams and four spectator teams, and they were full of cheers when they got a question right and “boos” if they missed it!

For those that haven’t played before, there are six rounds of questions which are made up of three questions each and teams bet points on their answers. The halftime question had seven possible answers and teams received one point for each correct answer. The final question was worth 20 points and teams could bet a minimum of 1 point. If they bet 0 points, they lost all 20 points. At this point of the night it’s all about strategy when betting on the final question. Most of the teams were close going into the final questions but a lot got the answer wrong, so they lost 20 points if they bet them all.

1. Music: What musician performed under the alter ego Ziggy Stardust?

2. Toys: What was the Frisbee originally named?

3. Food and Beverages: Besides Cuba, what other country bans the sale of Coca-Cola?

Head over to the Wildhorse Grill for an early dinner and then come ready to play!