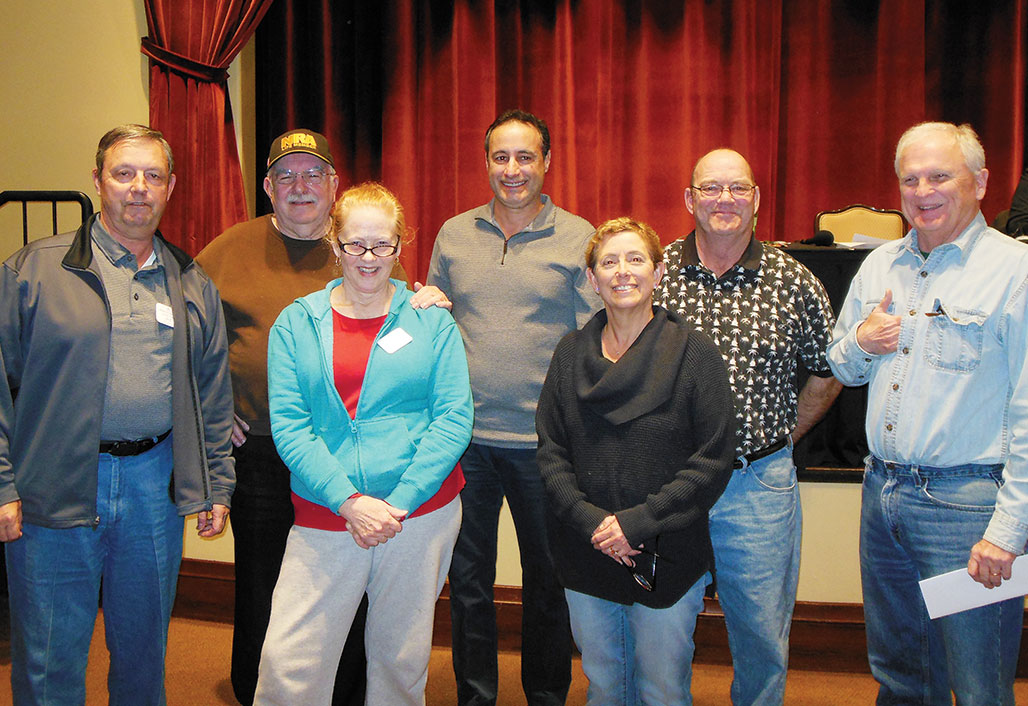 The first HOA Trivia Night for 2015 was the biggest one yet. We had 17 playing teams and four spectator teams; all those who attended had a great time. Teams had eight members, which either helped or hindered with getting the answers. It’s always best to go with your gut, but some teams would talk themselves out of the right answer. We had several returning teams, and the new teams really jumped into the competition as well as coming up with some unique team names. As a bonus, the activities coordinator, Althea Parent, decorated the tables with a Mardi Gras theme and provided cake, snack mix and one door prize per table for those attending to celebrate her birthday and six-year anniversary with Robson Ranch.

The questions were either easier or the group was just smarter as the scores reflected it throughout the evening. Althea Parent was the MC for the night, and her husband Rick was her assistant, who helped by being timekeeper and the music extraordinary. Rick played Village People’s YMCA after the reading of one question, and people got up and danced instead of filling out their answers; we gave them a little extra time.

We played six rounds, which were made up of three questions each, and teams would bet points on their answers. The half-time question had 10 possible answers, and teams received one point for each correct answer. The final question was worth 20 points, and teams could bet a minimum of one point or all 20 points. It must have been an easy one; everybody bet 20 points and they were correct.

The categories vary, but here are a few of the questions from the February Trivia. Answers are at the bottom.

1. Music: This song was composed by Willie Nelson and most notably recorded by Patsy Cline. Name the Song.

3. Motorcycle Club: What is the name of the first and oldest women’s motorcycle club in the United States?

4. Final Question—Cartoon: Which cartoon character had the vital statistics of 19-19-19?

Thank you, Deborah and Whitney, for helping make this a special evening.

Eight team members working together as one—no use of cell phones—no call a friend! Two of the winning teams were short players due to illness but guess you can still win! With each of the trivia nights there is a bit more of Robson Ranch competition going on, which is fun to observe.