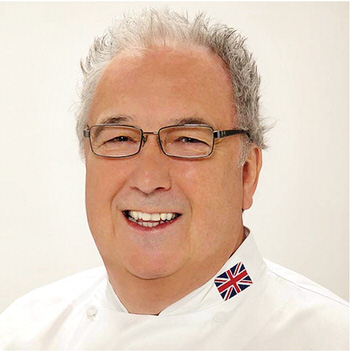 Make your plans to enjoy lunch with your Robson neighbors and learn how the royals dine at the September luncheon for the Robson Ranch Women’s Club (RRWC) on Sept. 7. The doors open at 11 a.m. and lunch is served at 11:30 a.m. If you haven’t joined the Women’s Club, here is a good reason to sign up.

The speaker at the luncheon on Sept. 7 can answer that question with authority. The guest speaker, Chef Darren McGrady, was chef to Queen Elizabeth II and the Duke of Edinburgh for 11 years. He then became the private chef for Diana, Princess of Wales and her two sons, Prince William and Prince Harry, for four years. While working at Buckingham Palace, he prepared banquets for foreign dignitaries, including President Bush, President Reagan, and President Ford.

In 1998, Chef McGrady moved his family to Dallas where he started a new catering business, Eating Royally. Chef McGrady was the first private chef invited to cook at the prestigious James Beard House in New York.

Chef McGrady has expanded his career beyond the kitchen. He has written two cookbooks: Eating Royally: Recipes and Remembrances from a Palace Kitchen, and The Royal Chef at Home—Easy Seasonal Entertaining. Recently, Chef McGrady has created a variety of blends for the home chef, called the Chef McGrady Signature Seasonings Line. The cookbooks and spices will be available to purchase at the luncheon. He has also been a frequent guest on many television programs, including The Oprah Winfrey Show, Larry King Live, Fox and Friends, the Today Show, and CBS Early Show.

During his presentation, Chef McGrady will share anecdotes from his 15 years working for the British Royal Family and will give a history and etiquette of afternoon tea at the palace.

The charity for the September luncheon is the Denton Community Food Center.

To join us at this meeting, please make your reservations by the deadline of noon, Aug. 31. You can drop your $19 check made out to the RRWC in the White Mailbox in the Women’s Lounge of the Cimarron Sports Center, or pay using Pay Pal. To do so, go to the RRWC website at www.rrwomensclub.org.