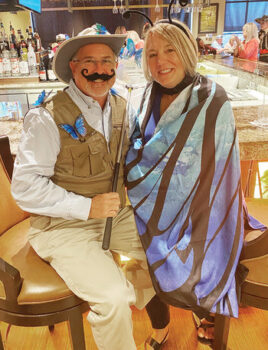 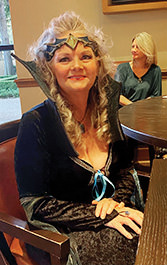 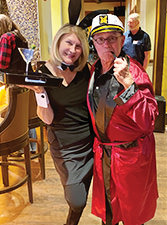 The Robson Ranch Baby Boomers celebrated Halloween in a big way in October. Over 80 Baby Boomers packed the Grill for the first-ever Halloween costume contest. Witches, baseball players, nurses, skeletons, and even Hugh Hefner and Elvis showed up for the event. Not only was a costume contest held, but Robson’s unofficial house band, the Stewart Brothers, performed live in the bar! Jillian and the kitchen crew delivered an over-the-top “Boomer” potato bar for all the hungry Boomers.

The official costume march was held, and the staff of the Wildhorse voted on the three best costumes for the evening. Winning first place were Steve and Lorraine Hecker (Hugh Hefner and playmate bunny). Second place went to Diane Khalar (Princess Maleficent), and the third-place winners were Bill and Lora Maynard (butterfly catcher and butterfly).

The Baby Boomers meet at the Grill on the third Monday of each month. Watch the HOA announcements for the details on the next event in November.