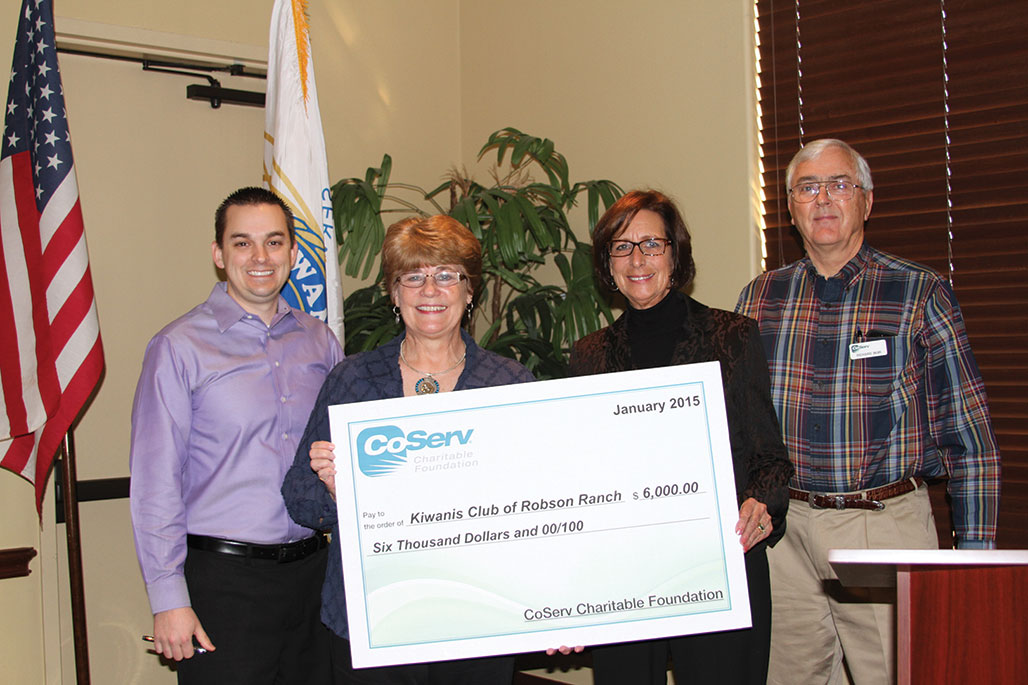 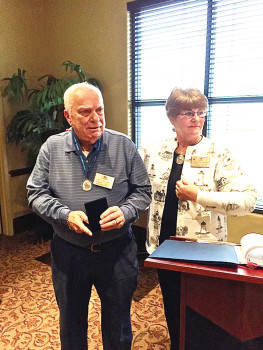 The Kiwanis Club of Robson Ranch has honored three of its members with Walter Zeller awards for outstanding service to the Club. Zeller Awards are particularly important because they stand in support of Kiwanis International’s “Eliminate” Project. They are the highest award available to an individual and embody Walter Zeller’s commitment to serving. Walter Zeller launched the Kiwanis Foundation in 1940.

With the Eliminate Project, Kiwanis International and UNICEF have joined forces to eliminate maternal and neonatal tetanus (MNT). This deadly disease steals the lives of nearly 60,000 innocent babies and a significant number of women each year. The effects of the disease are excruciating; tiny newborns suffer repeated, painful convulsions and extreme sensitivity to light and touch.

To eliminate MNT from the Earth, more than 100 million mothers and their future babies must be immunized. This requires vaccines, syringes, safe storage, transportation, thousands of skilled staff and more. It will take $110 million and the dedicated work of UNICEF and every member of the Kiwanis family. In so doing, the project will reach the poorest, most neglected mothers and babies with additional lifesaving health care. The end of this one disease means the beginning of better health for so many families.

The three Walter Zeller honorees from Kiwanis of Robson Ranch were: Rich Keehn, our founding president and the man most responsible for starting the Kiwanis Club here at Robson Ranch; Susan Galbraith, our third president; and Michael Lams our fifth president and former Lt. Governor for our Division.

Representatives from CoServ (Craig Chambers, Ann Reagan and Richard Muir) also presented a check to Kiwanis President, Carol Rauhauser, in the amount of $6,000 in support of the Eliminate Project. The check came from CoServ’s Charitable Foundation. We awarded the Director of the Foundation, Mary Worthinton, a Walter Zeller Award for the Foundation’s generosity. The club will match this generous donation, bringing the total to an additional $12,000 for Eliminate.

Whatever your passion, Kiwanis provides avenues to help others and learn something new, all while having a great time! We’d love to have you join us. The Kiwanis Club of Robson Ranch meets the first and third Friday of each month in the Bandera Room of the clubhouse. Social time starts at 8:30 a.m. while the meeting starts at 9:00 a.m. Come check us out. Or you can contact our membership Chair, Jim Galbraith, at 940-262-0600 for more information.