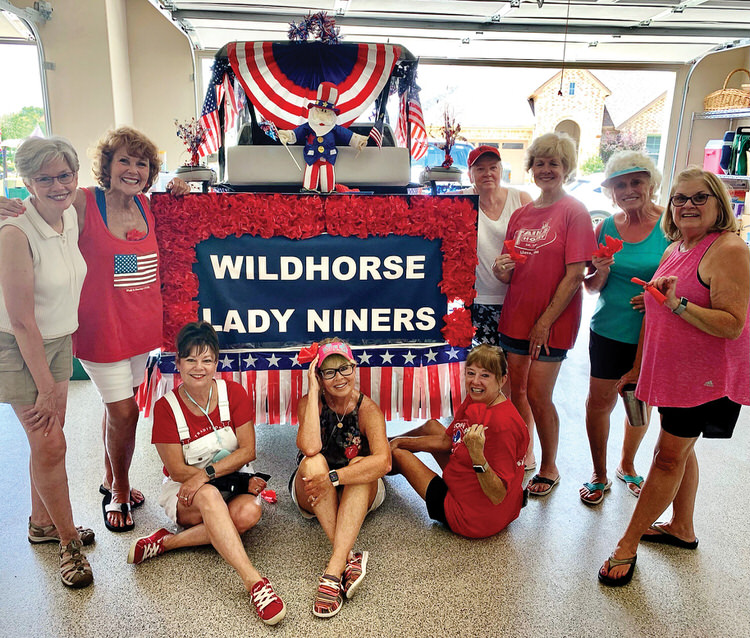 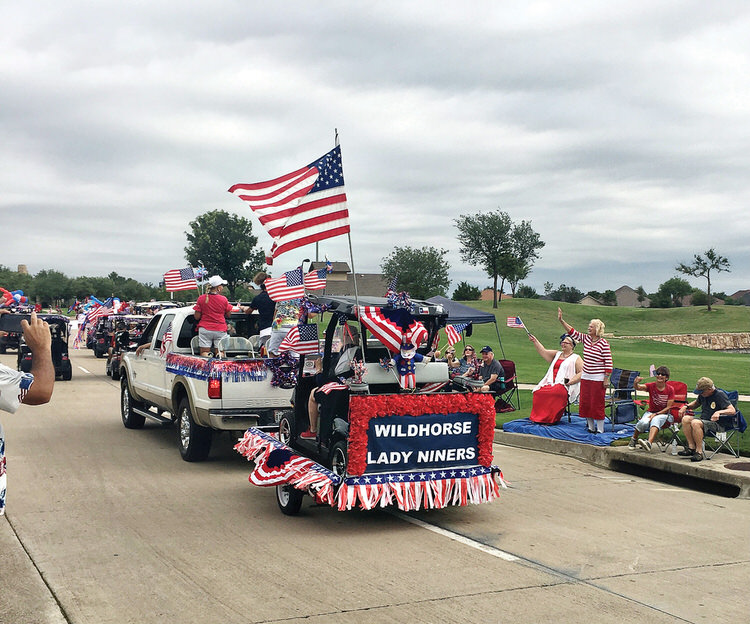 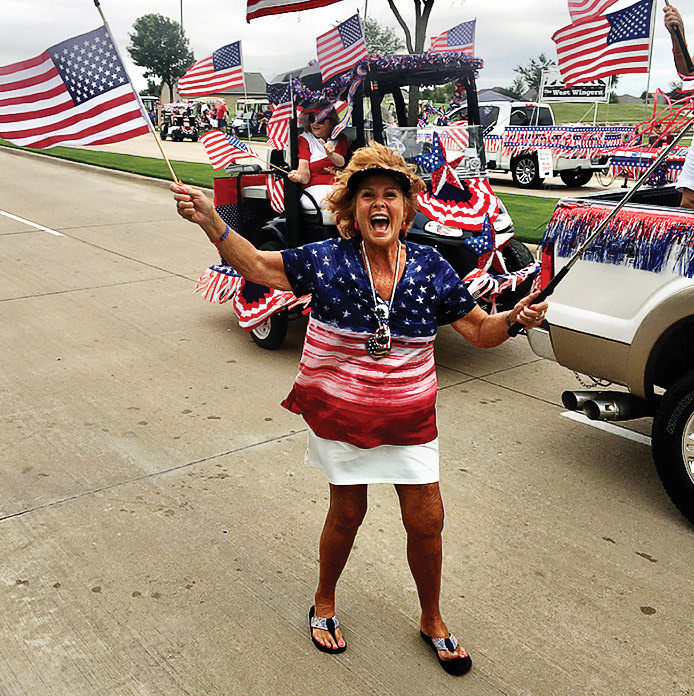 The annual Robson Ranch July 4 celebratory parade just wouldn’t be the same without the WLN participation. This year proved to be another grand entry by the Lady Niners! Several met at Gayle Lee’s home to build a fabulous float. The trailer was provided by Candy Conway-Mikulik, and was attached to the truck supplied by Diana Warner. On the float was a fully decorated golf cart, with Jamey Siefert and Jan Norton as the riders waving to all the parade goers. The flag bearers were front and center followed by decorated golf carts and several marching Lady Niners shouting out the “We are the Niners” chant. And, of course, there was a lot of great music to go along with the marchers. Once again, the WLN added lots of enthusiasm, fun, and exuberance to the July 4 parade!