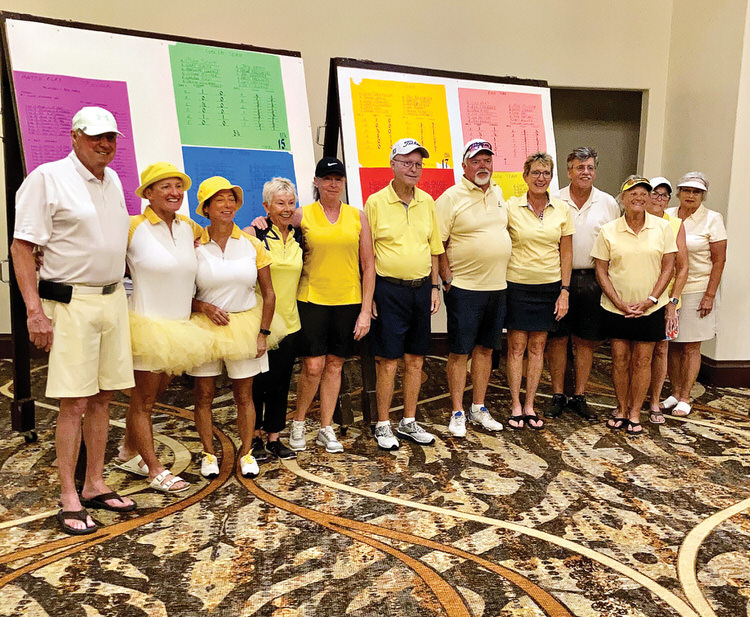 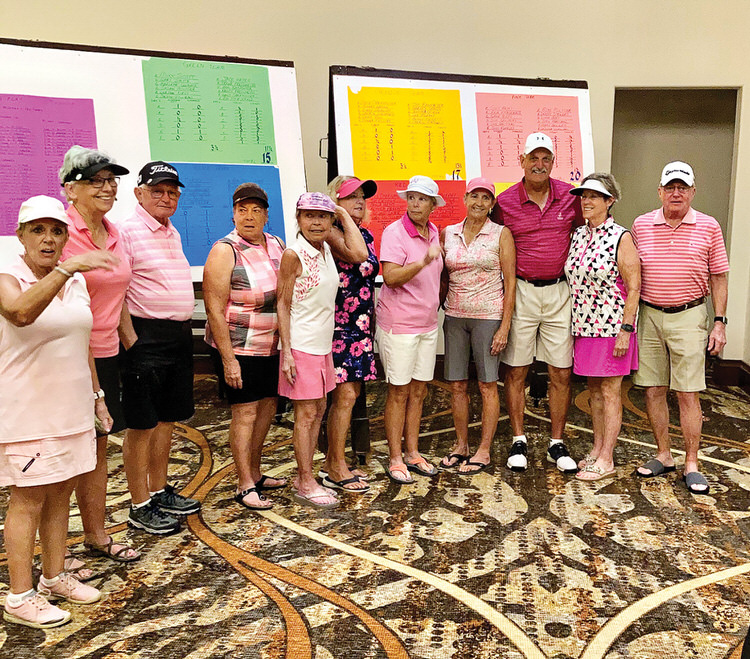 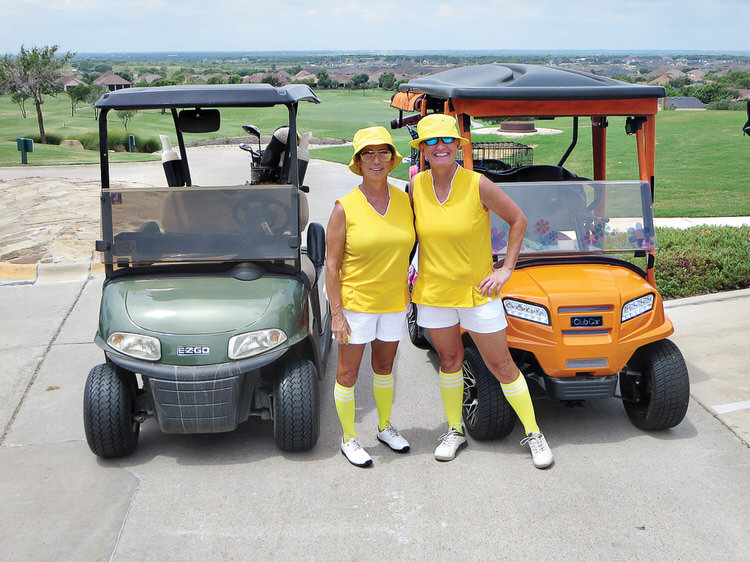 A party was held on June 25 at the home of Mike and Susan Miloser. The chairs for this fun event were Susan Miloser, Gale Hicks, and Sallye Ortiz. The party was a “pairings” party and each team color was chosen along with the team members from a random draw according to handicaps. There were six teams and each team consisted of four MGA members and eight RRWGA members.

The format for the first day of play was a 9-hole Alternate Shot and a 9-hole Scramble consisting of two members from each team playing two members of the opposing team. There were two points to be won the first day by each team. The second day was an individual best ball format played against both opposing team members. Each team had a chance to win four points the second day, as we played two individual 9-hole matches.

In the end, the Pink and Yellow teams tied in points so each member of both teams won pro shop credit.

After play on Tuesday, a wonderful fried chicken dinner with all the “fixings” was served in the ballroom. We want to thank Craig Pullen and his staff for helping with this event, and Jeremy Trietsch and his staff for the lunch.

Hands down, one of the best events of the year for the RRWGA. Thank you, Susan, Gale, and Sallye, for all the hard work!