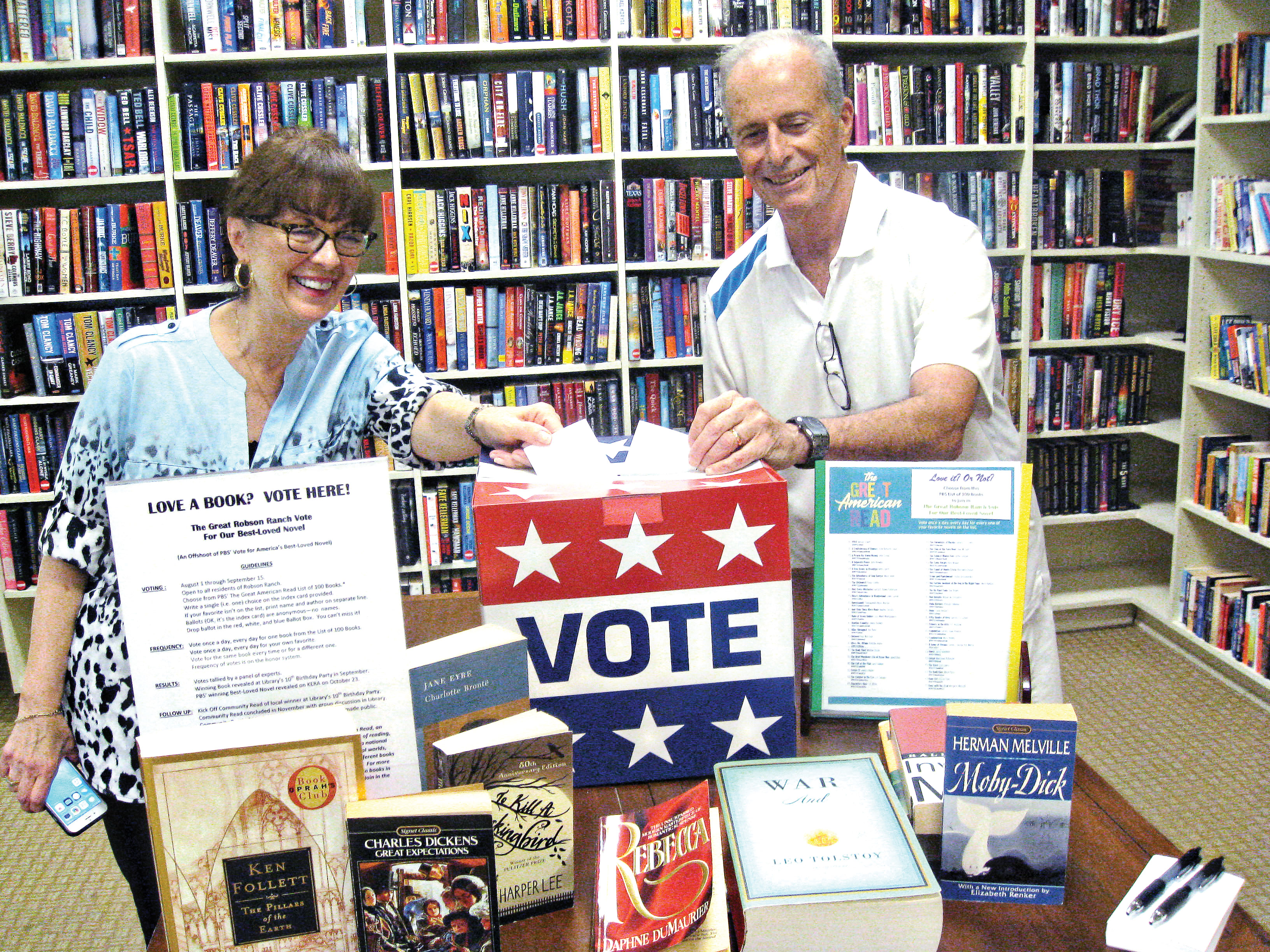 Passionate book lovers vote for their favorite novels in the Robson Ranch Library.

If you love books, there’s a fall full of fun happening in the Robson Ranch Library that you’ll want to explore! As an offshoot of a nationwide PBS activity to identify America’s best-loved novel (i.e. The Great American Read), a vote to choose Robson Ranch’s own best-loved novel will be conducted in the library, beginning August 1 and running through September 15. The vote is co-sponsored by the new Friends of the Library (FOL) club and the Robson Ranch Library. Whether you’re an FOL member or a registered library patron or not, you’ll want to join in the fun with your neighbors who are library supporters!

Every resident can vote once a day, every day for one book (the same one each day or a different one) from the PBS List of 100 as well as one write-in vote (include title and author please). Everything you’ll need to vote is in the Robson Library; index cards to vote, a ballot box, the PBS List of 100 Books (for those of us who can’t remember a list of 100 anything) and more. As they say in Chicago, “Vote early and vote often!” (Oh, and by the way, this voting helps the library understand the genres favored by our patrons so we can better serve you with upcoming selections).

The top choice from The Great Robson Ranch Vote will be a closely guarded secret to be unveiled in late September at a birthday party celebrating the library’s ten-year anniversary. You’ll definitely want to attend! The library board will surprise us all with little known factoids about its history (which could very well be included in a future Trivia Night) and then recognize the tremendous contributions of its volunteers with goodies and laudatory comments.

If you love books, the Robson Ranch Library is the place to be! Come join the other Friends of the Library and check it out!