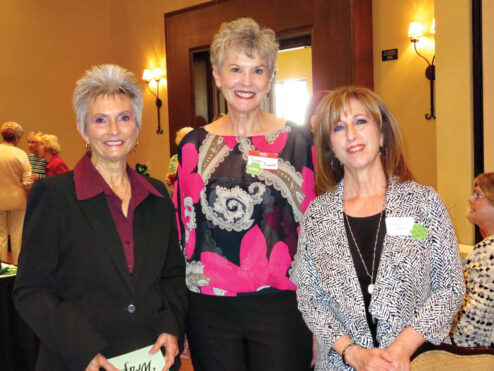 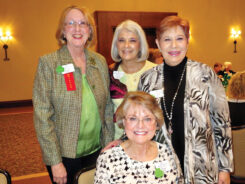 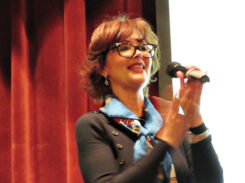 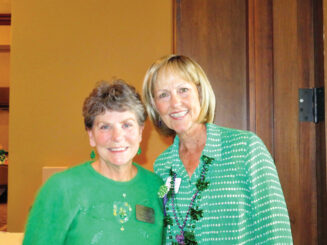 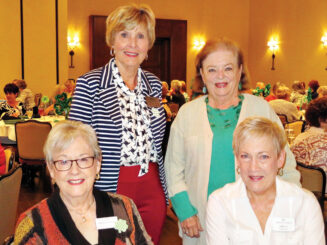 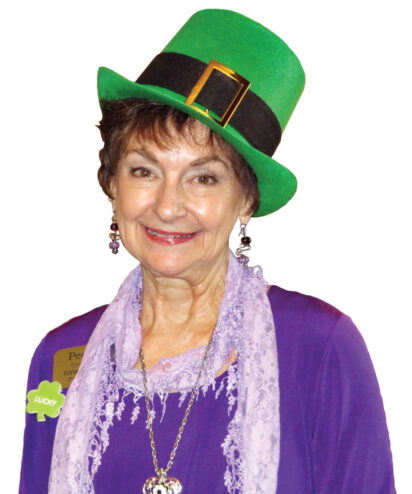 A reminder was given of our first fundraiser, a Home and Garden Show on Saturday, June 2 from 9:00 a.m.-3:00 p.m. Many volunteers will be needed, and opportunities for participation will be coming.

Special Projects described the April 26, 2018 day trip to Hugo, Oklahoma. This is a visit to the second largest home for endangered Asian elephants, and Circus City.

Donations to the March charity, Denton Community Food Center, were announced. Cash of $521 and items combined for a generous donation.

Following was a delicious buffet lunch of pork loin and chocolate lava cake.

Program Chair Rebecca Bafford introduced the March program speaker, Janine Turner, best known for her role on Northern Exposure. She is co-founder of Constituting America, a non-profit organization which utilizes activities including arts, television, social media and internet to inspire student learning about the US Constitution. In an engaging and enthusiastic manner, she described how students are offered a number of opportunities to receive mentoring, while at the same time developing professional multimedia educational material. She showed several winning videos of student work. Currently living with her daughter, Juliette Turner, on a 300-acre cattle ranch in north Texas, Janine narrated delightful pictures and stories of her love of ranching and longhorns.

The May program is comedian Dorie McLemore from Dallas, who entertains all over Texas with good, clean comedy.

Check out our website www.rrwomensclub.org for more information about the Robson Ranch Women’s Club, photos, future programs and events.