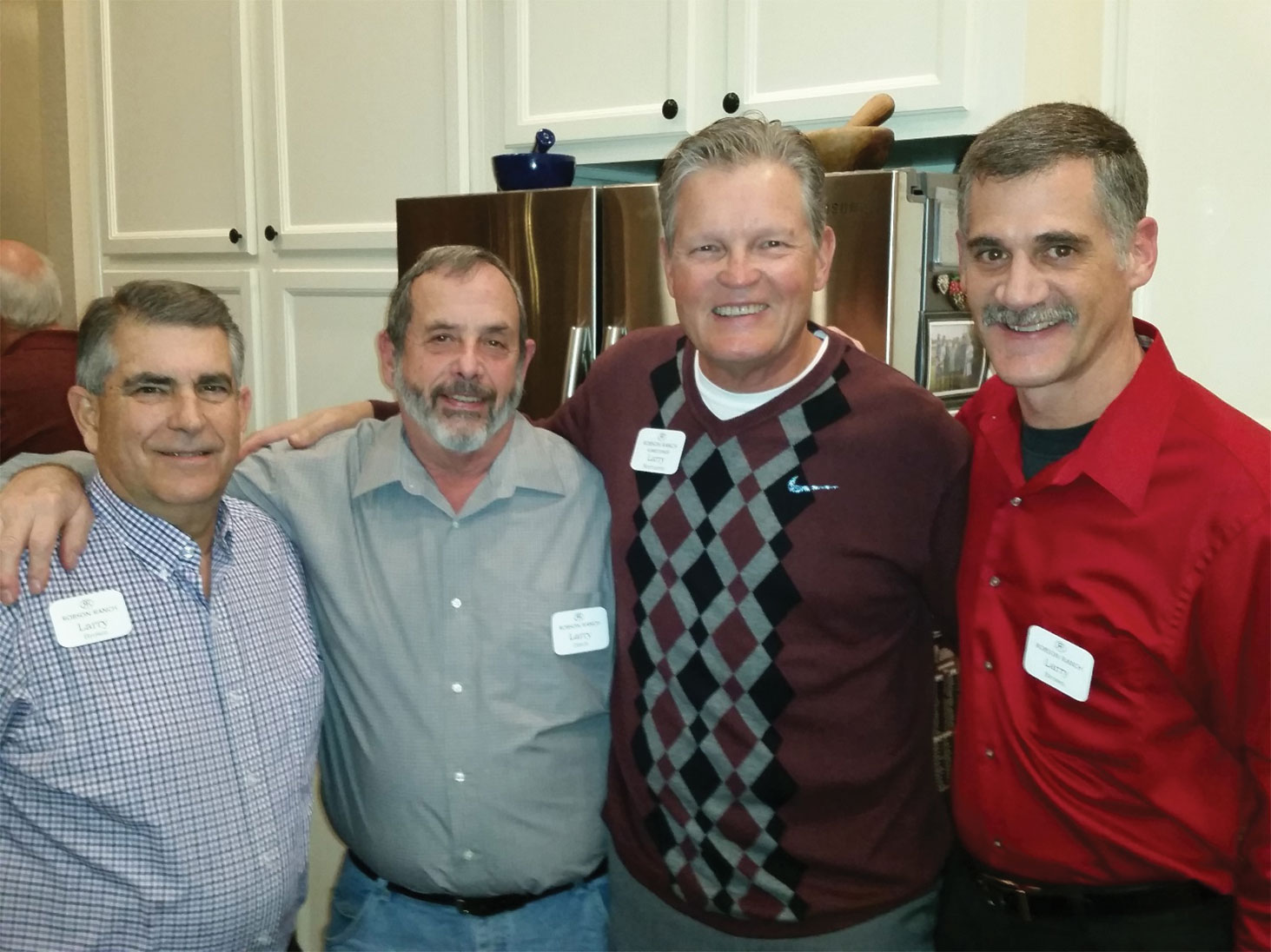 At a recent Robson Ranch Baby Boomers progressive dinner party, we realized that the four Larry’s outnumbered the other guys at the event. In fact, two of the Larry’s even had the same surname, Brown! A third Larry Brown also lived here at the ranch.

Another day I played in a four-man golf play day with the Robson Ranch Men’s Golf Association and again, the team consisted of myself and three other Larry’s!

To prove the popularity of the name Larry, when my mother was pregnant with me some 60+ years ago, she compared notes with her next-door neighbor who was also pregnant. They both said they were going to name a son Larry if it was a boy. For the record, Glenn was born two days after me!

Today hardly anyone names their son Larry, and the Larry’s you see on TV or movies are typically buffoons e.g., Larry the Cable Guy, vs. cool guys. Although today the name Larry is no longer a common baby name, we’re well represented and proud of the thirty-plus Larry’s here in Robson Ranch Texas.

In conclusion, my philosophy is ”Life is just a bowl full of Larrys”!