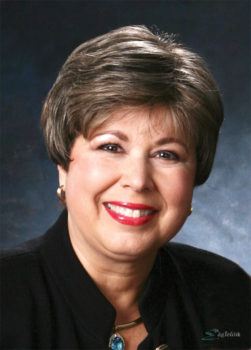 Bette Sherman, Chairman and Co-Founder of Denton Animal Support Foundation (DASF), was named a TIAA Difference Maker 100 Honoree, according to TIAA officials. The Fortune 100 financial services organization is celebrating 100 years of service by donating $1 million to “honor people making a difference and help them continue the impactful work they are doing”. Over 4,000 nominations were received from across the USA; 100 individuals were selected. The nonprofits designated by the honorees will each receive a $10,000 donation.

Sherman co-founded DASF in 2006 to raise funds for the old Denton animal shelter and other local animal initiatives. She formed a public-private partnership with the City of Denton to build a new animal shelter and then led the DASF board’s capital campaign, which raised over $2 million for shelter construction and equipment. The Linda McNatt Animal Care and Adoption Center, named for the lead donor, opened in January 2015 and has since made a difference for thousands of shelter animals.

Dr. Jerry and Shirley Watson, DASF donors and supporters, nominated Sherman for this prestigious honor. “In founding and leading DASF, Bette Sherman has transformed the treatment and outcome of shelter pets,” they said. “The new shelter is a real community resource and has the support of all Denton animal lovers. This is a truly dramatic turnaround from before the founding of DASF.”

Sherman’s submission included written responses and a short video in which Sherman states, “DASF has proven that the national trend of euthanizing millions of animals per year can be reversed at the local level with creative solutions. The new Denton shelter reflects the care and generosity of our community and is a model for how public-private partnerships can solve community needs.”