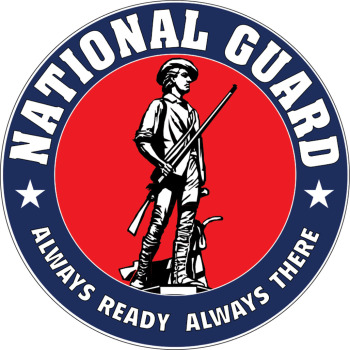 Our Nation’s military history began on December 13, 1636 in the Massachusetts Bay Colony. By decree, all able bodied males between 16 and 60 had to join the militia. It was not so much to protect the New World settlers from Indians as it was to protect them from highwaymen, bandits and other roving bands of criminals.

Although poorly trained and equipped, the colonial militias played a key role in the Revolutionary War. They augmented the ranks of the Continental Army and frequently fought the British and their allies with unconventional tactics. The South Carolina Militia was critical in helping the Continental Army challenge the British Army under General Clinton, destroy his supply lines and force him to leave the area and relocate his headquarters to Yorktown, VA.

Militia volunteers such as my wife’s grandfather William Irvine of the Virginia Militia, were primarily farmers. They enlisted for short periods of duty when they were not planting or harvesting crops. If they had not done so, the fledgling U.S. population would have starved. William missed becoming a POW at Charleston because he had to return to his farm to tend to his crops just before the British captured the city and took thousands prisoner. Many of them, including Irvine’s comrades, died while POWs on British prison ships and camps.

Militiamen frequently served with many different militia units. Irvine served as a First Sergeant in Colonel Mason’s Regiment, a Wagoner in Colonel Richardson’s Regiment, an Orderly Sergeant in Captain James Hill’s Company, and an Ensign (Lieutenant) in Colonel Joseph Crockett’s Regiment. William was at the siege of Yorktown and marched British prisoners to Noland’s Ferry on the Potomac River where he was discharged in 1782. He again enlisted and served as a Wagoner under Major McCray for a short period of time.

The title of National Guard officially appeared in 1916 with the passage of the National Defense Act. Guardsmen were among the first to be called to duty during WWII and the Korean War. Today, over one-half million men serve in National Guard units in all 50 states, the District of Columbia and the Commonwealth of Puerto Rico. They are part of the reserve component of the U.S. Armed Forces and officially members of the militia of the United States, which means both the State and the Federal Governments have dual control. We salute all Guardsmen for their past and present service, including the 21 who currently reside at Robson Ranch.