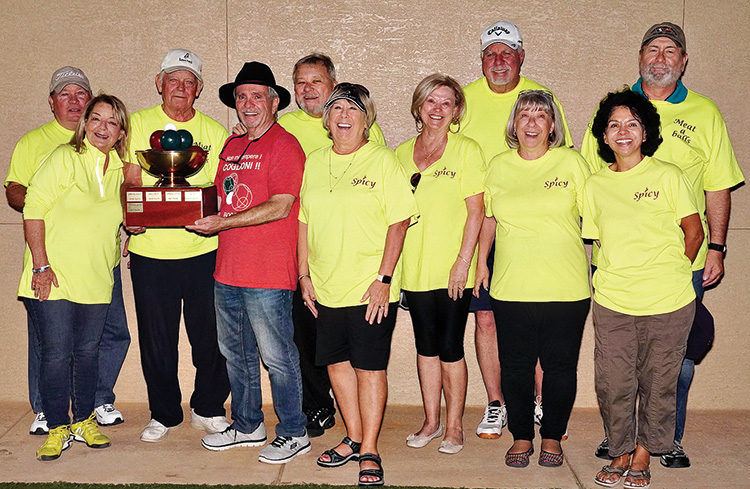 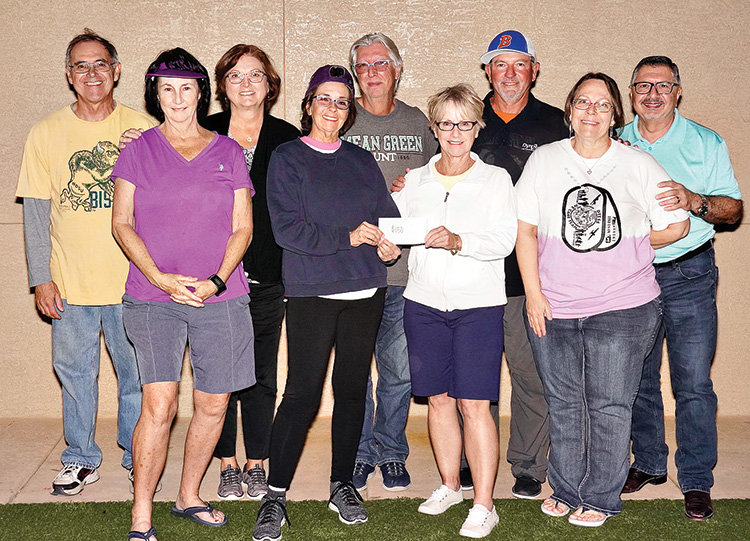 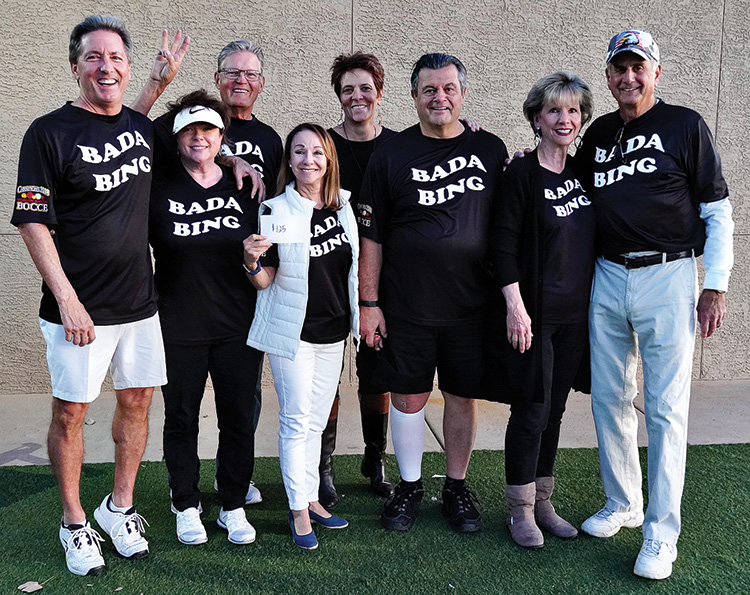 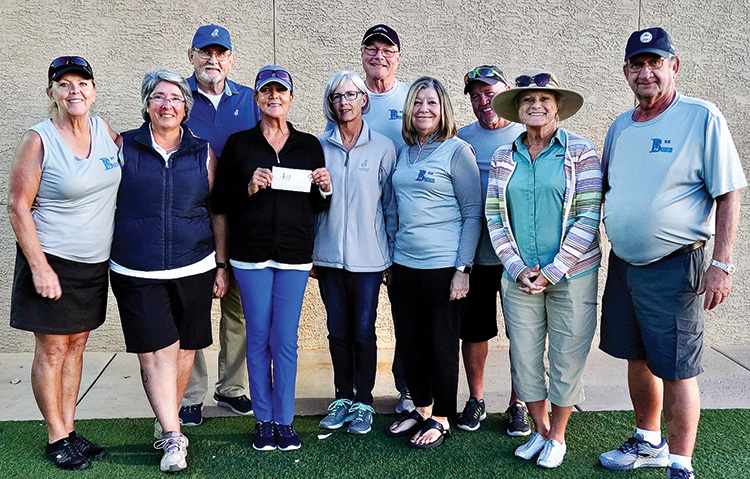 Robson Ranch’s Bocce League crowned a new champion with the completion of our sixth season. Spicy Meat-A-Balls finished the expanded tournament in first place, followed by Wise Guys, Bada Bing Bada Bocce, and the New Kids on the Bocce. (We need shorter team names!) The champion and runners-up both started the championship event as “wild card” entries, with the third- and fourth-place teams coming from the middle of the 60-team pack. Never give up!

This season the league expanded the finals to include Divisional Playoffs held over a three-day period (delayed a bit due to that late season weather provided by Mother Nature). Having Divisional Tournaments allowed 80% of the teams to participate in the post-season play with a shot at holding the “prized” bocce trophy.

The future of the league is looking bright. Robson Corporate and the HOA Board have both acknowledged the need for permanent courts. Reportedly, architectural designs are in the initial planning stage. For now, we will continue to repair the PVC pipes and enjoy the fun of assembling and dismantling the courts for each event day.

As in the past, if you are not currently part of the “Bocce 700” gang, and would like to enjoy the excitement of our spring 2020 season, please contact Frank Cianci at [email protected]