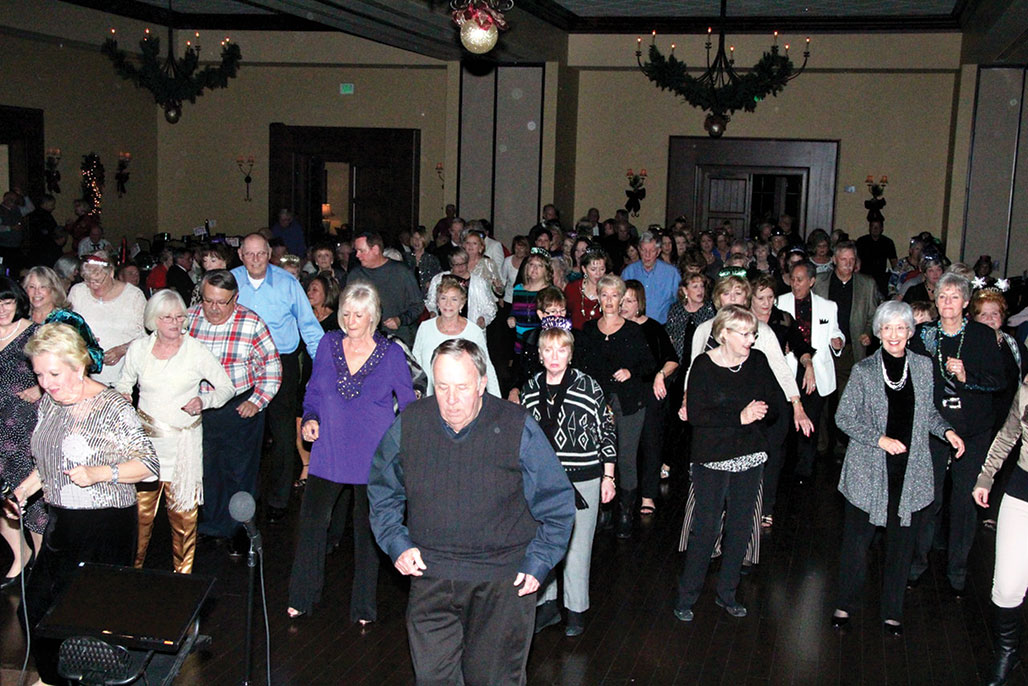 Robson residents on the dance floor at the New Year’s Eve party.

Everyone hit the dance floor to ring in 2015. The Music Club’s New Year’s Eve karaoke party was a huge success with the ballroom filled to capacity. Residents of Robson Ranch ate a delicious meal prepared by the Grill and sang and danced to the music of DJ Bill Cody. Everyone stayed past midnight to bid adieu to 2014 and greet 2015.

Karaoke nights always draw a large crowd, so mark your calendars now for the five karaoke nights scheduled for 2015. The dates are March 20, June 20, August 21, Scaryoke October 30 where you see some wild and scary costumes, and New Year’s Eve on December 31. Tickets for the March 20 karaoke will go on sale at the clubhouse February 27. Watch for the announcement in the Clubs and Activities.