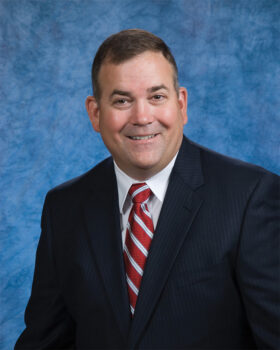 One of the great things about living at Robson Ranch is the large number of clubs and organizations residents can be part of. Many of us belong to more than one club/organization because we meet new people, make lifelong friends, and feed our souls by being of service to our community.

If you’re reading this and wondering what Rotary is about, how it is different from other clubs and organizations at “The Ranch,” here are a few facts that are not widely known about why you might consider joining us.

Rotary has been working to eradicate polio for more than 35 years. Our goal is closer than ever. As a founding partner of the Global Polio Eradication Initiative, we’ve reduced polio cases by 99.9% since our first project in 1979 vaccinated children in the Philippines. Rotarians have contributed more than $2.1 billion and countless volunteer hours to protect nearly 3 billion children in 122 countries. Rotary’s advocacy efforts have played a role in the decisions of governments to contribute more than $10 billion to the effort.

While our goal is ridding the world of this disease, we know what it takes to fight a vaccine-preventable disease. We are using our experience by supporting COVID-19 vaccinations by volunteering at mass vaccination sites, combating misinformation, and ensuring vulnerable populations have access to vaccines. Today, polio remains endemic only in Afghanistan and Pakistan.

Rotary and The United Nations

On April 10 Rotarians around the world celebrated “75 Years of Action,” hailing our lasting support of the United Nations and the UN’s Sustainable Development Goals.

In June 1945, delegates from 50 countries gathered in San Francisco to sign the charter that created the United Nations. By invitation of the U.S. Secretary of State, Rotary sent 11 delegates to work as consultants in the creation of the UN. Rotarian Carlos Romalo from the Philippines was one of those delegates and later served as the fourth president of the General Assembly.

Today, Rotary holds the highest consultative status offered to a nongovernmental organization by the UN’s Economic and Social Council, which oversees many specialized UN agencies.

Rotary at The Rose Bowl

The Rotary Float at the annual Rose Bowl parade is seen by between 250 million and 1 billion people every year.

Pilot Knob Rotary Club meets Fridays at The Wildhorse Grill. We have interesting speakers, plan service projects, and time for lunch and fellowship. If you’re thinking about joining Rotary, please attend one of our meetings. RSVP to [email protected] or call Karen McDaniels at 512-577-6149.