It was early and the shadows tall as the day began at Robson Ranch for the opening tee time of the Wildhorse Lady Niners Princess Tournament. Twelve participants made their way to Mustang 10 for the elimination competition. Players included Janet Angus, Ann Fox, Mary VanSant, Beverly Busick, Janie Farnsworth, Moe Fitzgerald, Pam Casalino, Barbara Holst, Carolyn Thomas, Phyllis Formhals, Mary Ornberg and returning princess from last year, Teresa Blackburn-Korn. No one was actually eliminated until hole no. 12 where three contestants were cut. The pack was reduced again by three on hole no. 13, and one more for each of the remaining holes until only Janie Farnsworth and Janet Angus survived in the game at hole no. 18. The competition was fierce, and Janie Farnsworth went home with the crown and “Princess” title for 2014. In preparation for the tournament, Janie said that she “played last week and did course management.” “I was especially pleased with my putting skill during the competition because it usually is not my strongest part of the game.” She also added, “I love this tournament because everyone supports everyone!” WLN President Jane Thompson said, “It was a great day! There was much support, fun, laughter and cheering from everyone.” She would also like to thank a few key people who helped run and officiate the tournament: Pete Ahrens, Head Marshall; Larry Alford, Assistant; Bob Hoffenberg and Rich McDuffie, Logistics; and Dick Farnsworth and John Saunders, Player Relations. Score keepers for the tournament were: Kay McKie, Cel Muff, Paula Saunders, Judy McDuffie, Linda Brewer and Chris White.

The chairperson for the event was Tina Hoffenberg, and she made sure all participants received great prizes and that the new Princess was “crowned” and properly recognized in a regal ceremony. The ceremony gets better every year! Tina would like to thank Virginia Wheeless, Darla Mahan, Donna Ross and Pam Carson for their energy and assistance to make the tournament a fun success. Also, thank-you to Ann Robbins for embroidery work for the golf totes and to Beverly Busick for donating crystal/bead stroke counters. 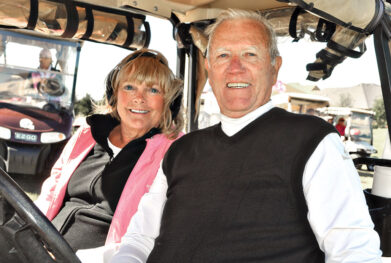 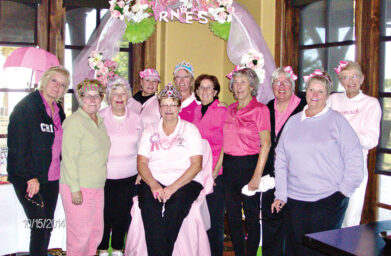 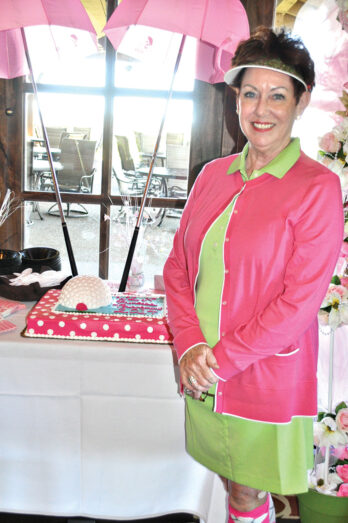 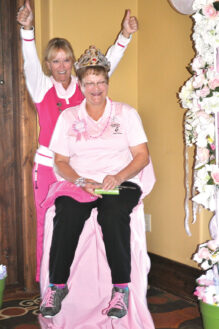 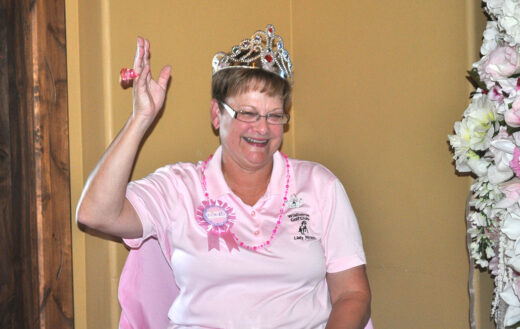