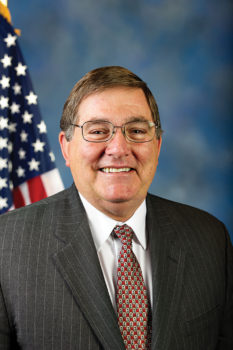 The Robson Ranch Republican Club, along with the Texas Strong Republican Women, is pleased to sponsor “An Evening with Congressman Michael C. Burgess, MD” on Wednesday evening, August 2, at 6:30 p.m. in the Robson Ranch Clubhouse Ballroom. Social time will be from 6:30-7:00 p.m. with the meeting beginning at 7:00 p.m. Representative Burgess, who represents the 26th Congressional District of Texas in the U.S. House of Representatives (Robson Ranch is in this district), will be available for a “meet and greet” and also address the gathering about issues important to Robson Ranch residents. He is Chairman of the House Energy and Commerce Subcommittee on Health and will also discuss the current efforts to repeal and replace the Affordable Care Act.

Dr. Burgess spent nearly three decades practicing medicine in North Texas before being elected to Congress in 2003, and as of the 115th Congress is the most senior medical doctor on both sides of the aisle. Because of his medical background he has been a strong advocate for health care legislation aimed at reducing health care costs, improving choices, reforming liability laws which put the needs of patients first and ensuring there are enough doctors in the public and private sector to care for America’s patients and veterans. As a fiscal conservative he believes Americans deserve a federal government that is more efficient, more effective, less costly and always transparent.

Representative Burgess has received several awards including the Guardian of Small Business award by the National Federation of Independent Business (NFIB), the Spirit of Enterprise award by the U.S. Chamber of Commerce and the Taxpayer Hero award from the Council for Citizens Against Government Waste, among others. In 2013 he was named to Modern Healthcare’s “50 Most Influential Physician Executives and Leaders.”

We look forward to this exciting event at Robson Ranch and invite all residents to attend. There is no admission  charge.