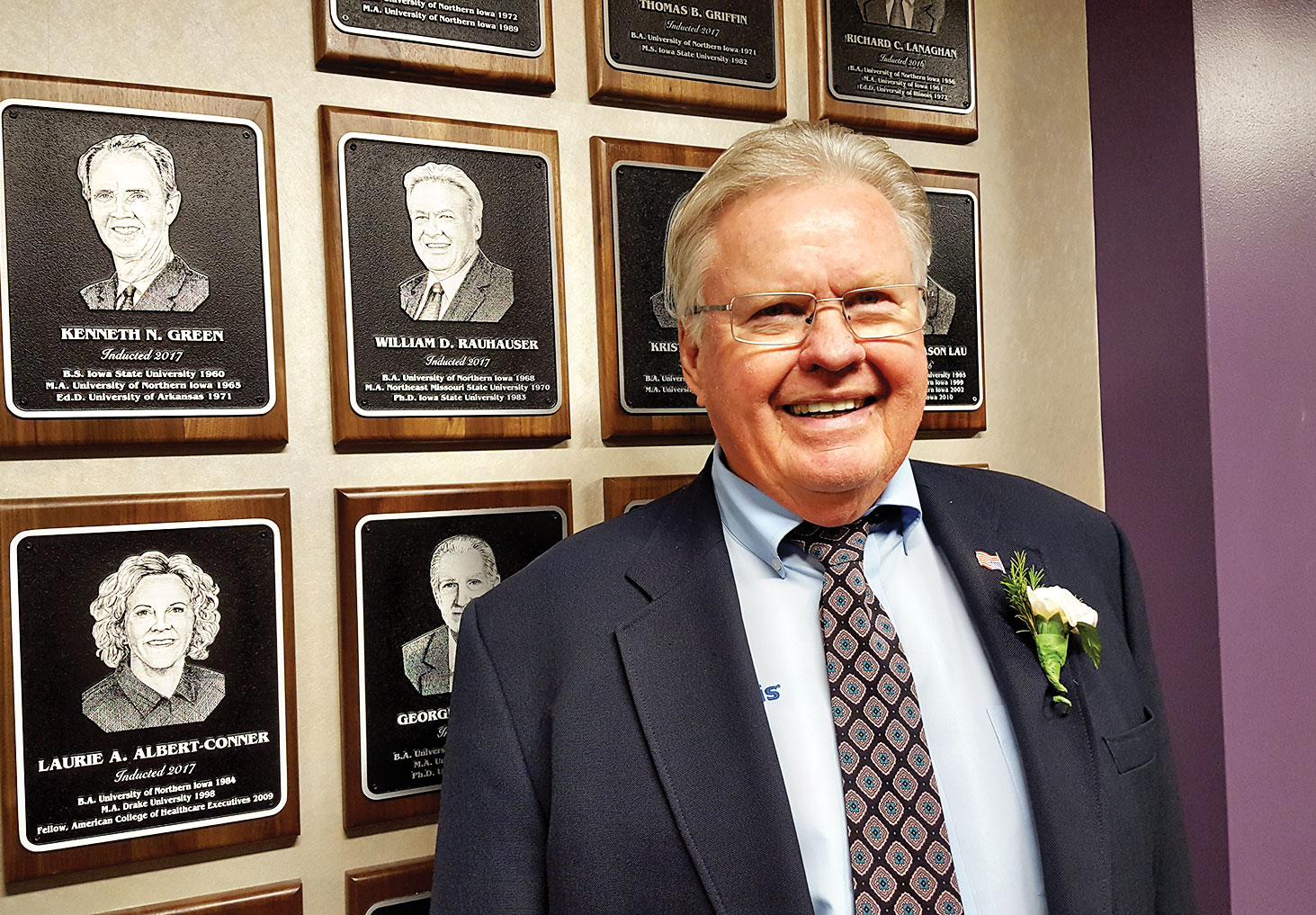 Long-time Robson Ranch resident Dr. Bill Rauhauser was inducted in the College of Education Hall of Excellence at the University of Northern Iowa, Cedar Falls, Iowa on November 4. Rauhauser received his B.A. from UNI in 1968.

In addition to receiving his B.A. from UNI, he received his M.A. from Northeast Missouri State Truman University and his Ph.D. from Iowa State University.

He spent his early career in northwest Iowa as junior high and high school principal in three different districts. After leaving northwest Iowa, Rauhauser served as Assistant Superintendent at the Campbell County School District in Gillette, Wyoming from 1983-88. He then formed his own company, School Improvement Partners, and conducted over 4,000 workshops for educators in 45 states, Canada, Europe and New Zealand. He has co-authored two books and has served as an adjunct professor at the Universities of Buffalo, Northern Iowa and Northern Michigan.

Bill and his wife Carol have been Robson residents for 10 years.